A Twist on Traditional

New York–based Robert Kaner’s path to design wasn’t a straight one. In fact, it was more like making a U-turn after going 100 miles in the opposite direction. Growing up in Detroit, he had wanted to be an architect and was heavily influenced by his design-loving mother, who collected mid-20th-century furniture—although he admits to not appreciating his George Nelson bedroom set at the time. But he embarked on a different trajectory, studying at Princeton and Harvard universities and eventually making partner at a top Manhattan law firm in 1996. Three years later, he left the company and ultimately enrolled at the New York School of Interior Design. By 2004, he had launched his own decorating business. “I still had a strong passion for design,” Kaner recounts, “and I wanted to tap into it.” 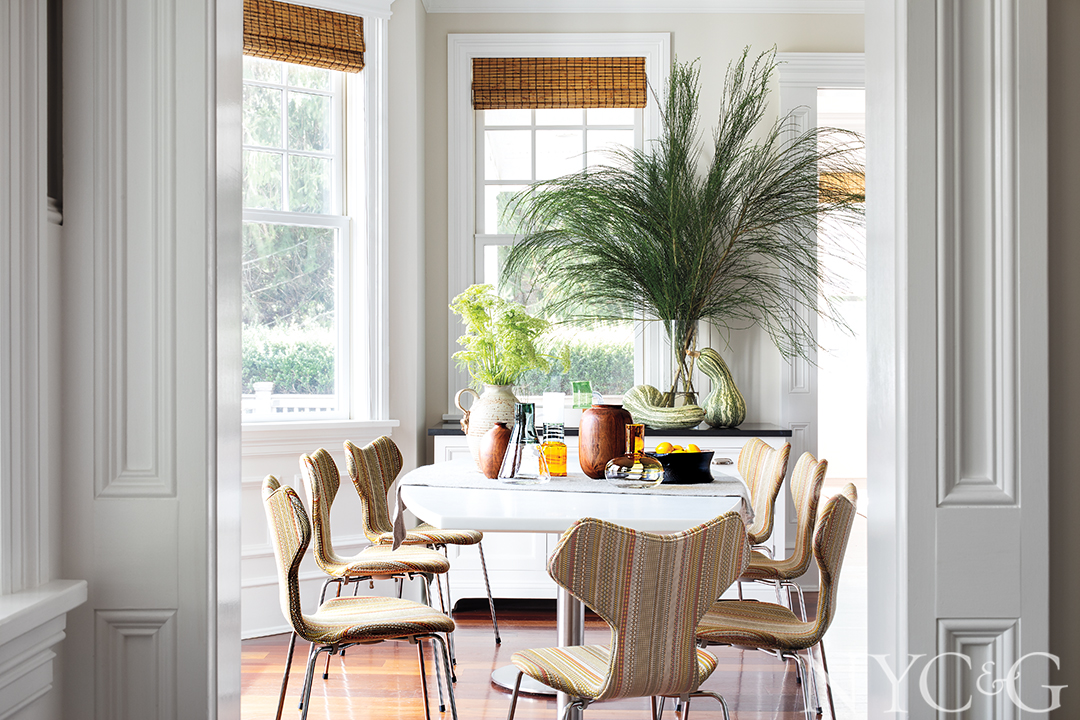 Today many of Kaner’s design clients, not surprisingly, are lawyers, including attorneys Dan Waltcher and his wife, Barri, whose Water Mill getaway is featured on these pages. “I’m a very analytical designer because of my legal background,” says Kaner, who shows up armed with “all sorts of charts and spreadsheets,” according to Barri. “He speaks our language.” Kaner also tackled the couple’s city apartment a few years back, but “it’s more restrained,” explains the designer, “and we wanted this house to be a nice counterpoint, making it colorful and fun, and not so much like a beach house.”

Mission statement in place, Kaner “avoided blue, green, and sand tones that are typical of East End properties,” he says. “The backdrop is neutral, but there are punches of color that intentionally activate the spaces and make them fresh.” The entry, for example, features a bench laden with an array of red-and-cream accent pillows, the dining room boasts a spectrum of pretty purples, and the living room is decked out in warm oranges and browns. Further turning up the volume: vibrant contemporary artworks by Doug Fogelson and William Engel, favorites of the couple. Kaner even commissioned Engel to paint the abstract canvas above the living room’s fireplace, working with the artist to select colors that recall the seasons. “William’s work has a looseness that connects to the spirit of the house,” Kaner explains, “despite the somewhat traditional architectural envelope.” 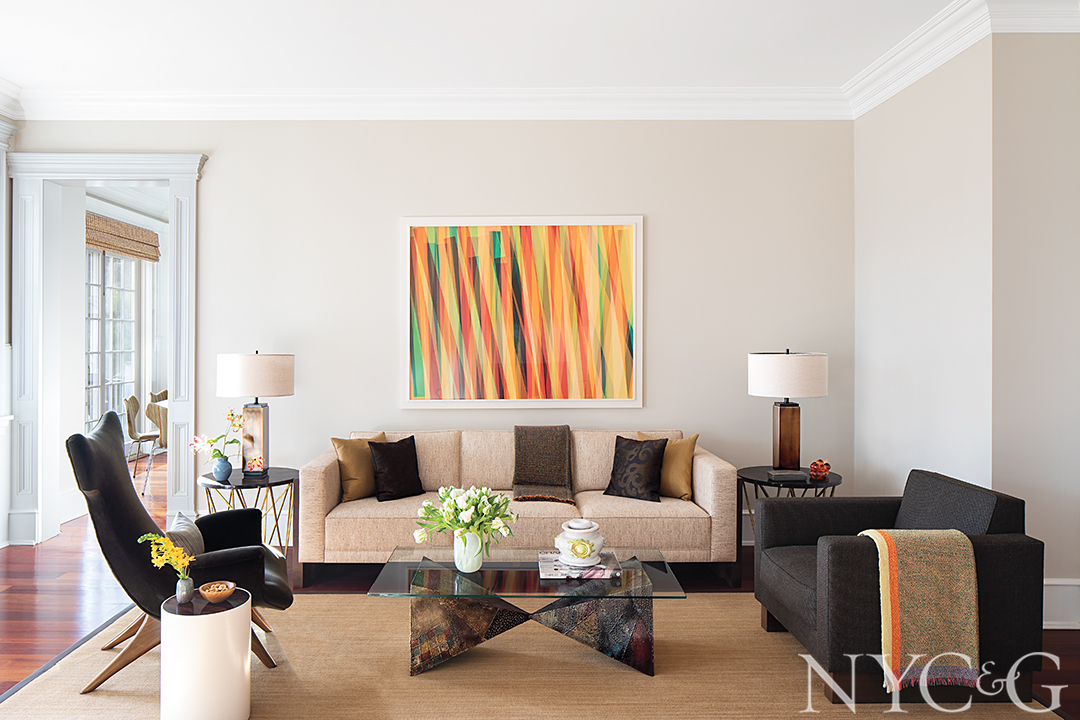 The Waltchers, who have a son and daughter both in their 20s, bestowed creative freedom upon Kaner, with an end goal of durability and longevity for family living. “It’s a weekend house, so we didn’t need to fuss around with anything too precious,” says Barri, who jokes that decor is “not her strength” and sent her more-than-willing husband off with Kaner to sift through granite and carpet samples. “I became interested in design while we were doing our city apartment,” adds Dan. “By the time we got to this house, I was going through auction catalogues and searching for bargains on One Kings Lane!” The high-low mix ranges from contemporary furnishings to mid-20th-century items and even some nautical references, all with a common denominator: “Every piece,” says Kaner, “is engaging, has a strong voice, and connects to the overall language of the house, and each room has its own personality and distinct mood.”