Living Above the Store 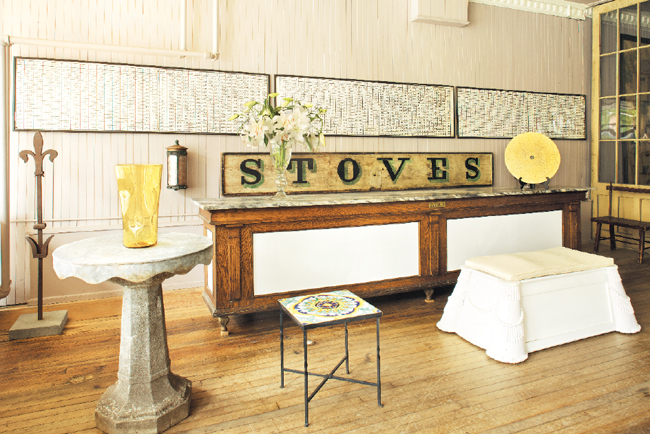 In this era of e-commerce and exponential rent increases, the quaint notion of living above the store might seem like a thing of the past—except, perhaps, in the case of Vince Mulford, who lives directly above his antiques shop in Hudson, New York. But Mulford hardly embraces the tidy little live/work scenario of yesteryear; rather, his take champions a more eccentric approach, something closer to Venetian palazzo–meets–Miss Havisham.

In his duplex apartment and eponymous store in a late-18th-century building on Warren Street, the town’s main drag, clocks bing and bong in the background, plaster walls have an almost otherworldly patina, and few to no lights are ever turned on—at first glance, one might even presume that the place had never been wired for electricity. And if there were whale oil in the lamps, it would hardly come as a surprise: In 1783, a group of Nantucket residents seeking safe harbor from British predation founded Hudson, and whaling, sealing, and international trade brought the town major wealth. 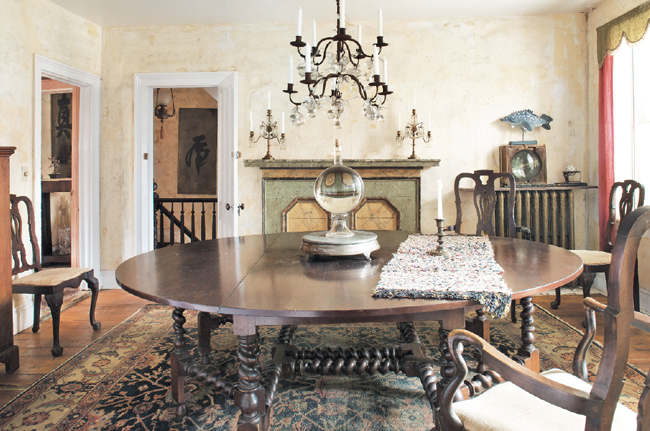 From the late 1800s to the 1950s, though, Hudson fell into decline, becoming a vice-filled honky-tonk town better known for gambling and a flourishing red light district. By the ’60s and ’70s, many buildings had been abandoned and boarded up, and it wasn’t until the mid-’80s, when a few antiques dealers established a beachhead on one block of Warren Street, that the town started showing signs of life again. “We like to joke that the Hudson antiques dealers replaced the prostitutes,” Mulford says. Arguably, it was the pioneering antiques dealers and the tourist activity they generated that helped lead to Hudson’s current revitalization. Others drawn to the gorgeous, often pristine architecture followed (“Poverty is the best preserver,” Mulford adds), and today Warren Street, lined with boutiques, cafés, and chic restaurants, is the swanky result.

Mulford, a Hudson Valley native, opened his first shop in town in the late ’80s, a few blocks away from the antiques store cluster. In these early days of gentrification, the town was still exceedingly sketchy. “People said that no one would walk the two extra blocks to get to my shop,” he says, which was true even of his current building on a prime stretch of Warren, which he took over after he was forced out of his first space following an 11-year run.

At the time of purchase, the now-gleaming store windows were bricked up, and the upstairs had been julienned into cramped offices and apartments. Copper pipes had been pulled out from the walls, along with marble mantels. “It was dubbed the ugliest building in Hudson,” Mulford recalls. But even though he was allowed only a quick glimpse of the interior, “I knew there was something underneath it all.” In order to afford it, he sold his house in a nearby village and a building in Maine, where he often shops for antiques. 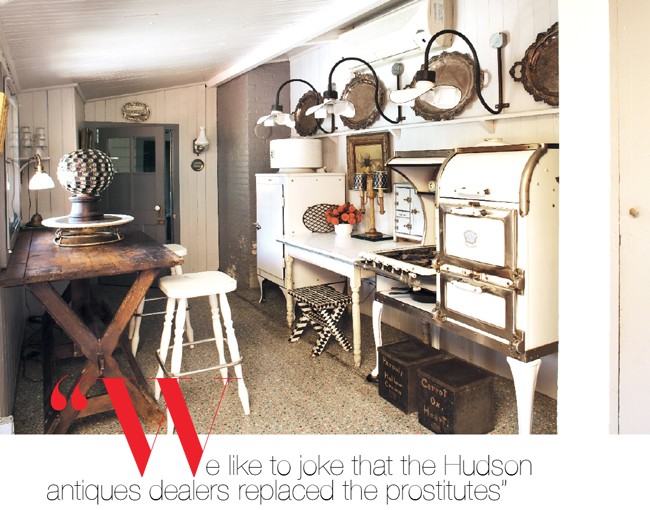 What started out as a Federal row house on a double lot had become a building with shops in the front parlors by 1865. As business boomed, the owners built on, up, and down, even consuming a carriage house in back and expanding a capacious cellar connecting the structures (“I keep my sleigh collection down there,” Mulford says). In 1890, the building housed the Hudson Department Store, a dry-goods emporium that lasted until the blighted ’70s, and was later a substance-abuse rehabilitation center.

Doing his own demolition and contracting, Mulford lived in three rooms upstairs. Pulling down Sheetrock, dropped ceilings, and fluorescent lights, he set free the building’s 40-by-45-foot ballroom, where he frequently throws parties, complete with pressed tin walls and ceilings and a (non-period) disco ball. The living quarters now include several bedrooms, sitting rooms, an office, kitchen, and dining room. “I make sure I use every room in the house,” he says, “even though it seems like a lot for one person.”

The private residence upstairs is filled with the same eclectic mix of antiques and found objets that characterize Mulford’s cavernous shop on the street front. The pieces are in no way uniform or from a single era: A Chinese export chest, a towering Karl Mann bamboo cabinet, and a vintage sign reading hot pants panty hose are juxtaposed against a procession of giant white pillars from the circa-1824 Catskill Mountain House (“Not for sale!”) that marches down the center of the space. “I’ve always been about form and style and patina,” he says of the common trait he looks for in his wares. That’s been true ever since he fell in love with a grandmother’s antiques-filled house and made his first acquisition (a winding clock) at age six. “A piece will talk to me if I love it. I’ve never painted with a brush. I create rooms.” 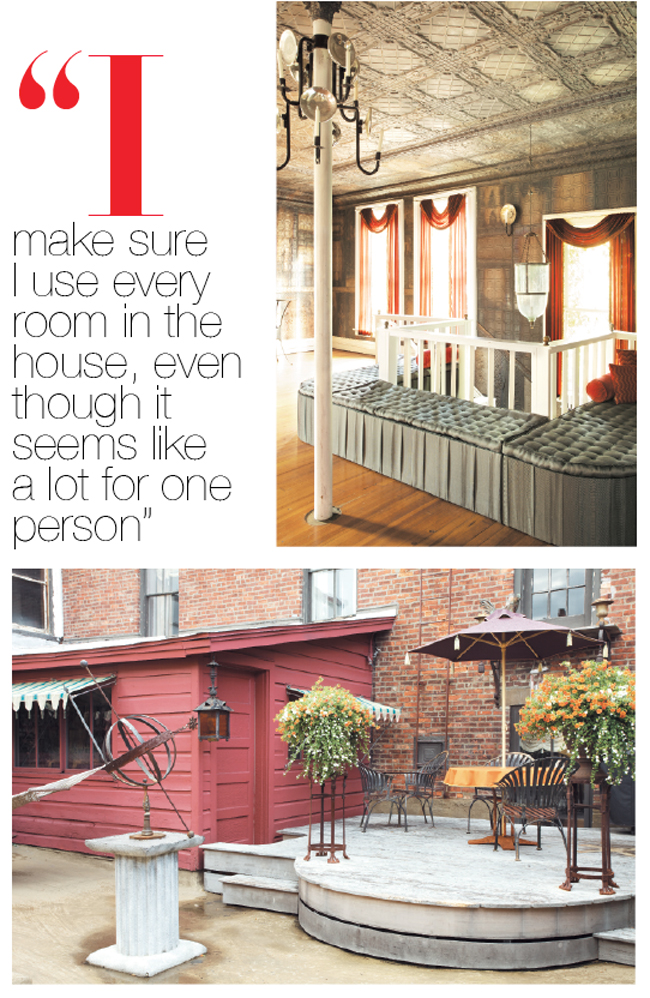 Mulford opened his new shop one week before 9/11. “All of a sudden there was no business, no one walking the street,” he says, and eventually he put his building up for sale. Looking around, he realized that the dealers who were surviving the post-9/11 years were selling their wares online. He called up 1stDibs.com to inquire about joining the ranks. “They said they’d been hoping I’d sign up, but they couldn’t reach me because I didn’t have a computer!” His leap to the web, he adds, saved his business and his home, though living above the shop was never really part of his original plan. Despite Hudson’s hipster revival and the throngs of high-end decorators who flock to his store, he prefers to retreat to a little cottage in a nearby hamlet as a getaway. “I’ve always preferred to live in isolation, and living in this town has been a real growth experience for me. I’m not really a city person. Hudson is as city as I want to be.”

click for a gallery view of images of Vince Mulford's shop and home in historic Hudson!