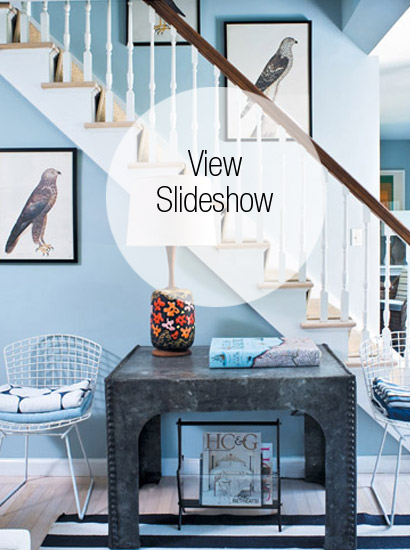 The story of my Southampton cottage begins in 2008, as the recession was kicking into high gear. I’d been watching the U.S. economy’s peaks and valleys since the 1980s, and even I could see that this was a historic opportunity not to be missed. I’d begun house-hunting while the market was still in its go-go stage, and thankfully the several homes I narrowly missed out on were in fact the result of God telling me it just wasn’t meant to be.

My strategy was simple: While I was working on a project in Montauk, I’d make the drive back to Manhattan and detour along roads I liked, with housing stock I felt I could afford. More specifically, I was angling for a house in the village of Sag Harbor or Southampton, whichever came first.

One cold and damp March day, I spied a for sale sign posted in front of a cottage so small I figured even I could afford it. A neat little front yard surrounded by a quaint white picket fence belied a much bigger backyard, and when I stuck my head over the back gate, I discovered a vest-pocket Valhalla, complete with a large pool and incredible gardens, even for early spring. The previous owners were consummate gardeners and had obviously labored for years to produce such glory. I’d found my house.

A quick call to Christina Galesi at Sotheby’s yielded the home I’d always hoped for. As a native Long Islander, I have been visiting the East End since childhood, but the era of share houses with friends had come to an inevitable “you’re much too old to be doing a share house” end. While I wish someone had approached me at a party shortly after I graduated college, slapped me on the back, and whispered, “hedge funds,” I am more than happy with the house I finally got.

The cottage is like the great lightweight fighter Manny Pacquiao: It’s small, but packs a punch. It has three bedrooms, two full baths, and the greatest feature of all time: an outdoor shower. Though a tidy 1,800 square feet, it sleeps big, too. I can easily accommodate family hordes, including brothers and nieces, mothers and fathers. As for the aforementioned gardens, they are a special treat from spring to fall. Roses of all kinds spill over the front yard’s fence in great profusion, so much that one half expects Angela Lansbury to come puttering out the front door wearing a floppy hat and carrying pruning shears.

When it came to designing the interiors, I decided to embrace the cottage-y style of my house, rather than try to make it into something it’s not. While I am very decisive about what’s best for my clients, I am less so when it comes to my own place. It’s a fairly common conundrum for interior decorators: Confronted with so much choice for themselves, they often don’t do much in the end. Therefore, I declare my house to be “eclectic,” that convenient design-speak catchall, though it is a thorough representation of the great decorative items to be found in some of my favorite local Hamptons antiques and home accessories shops. As Hillary Clinton says, it takes a village, and one of the rewarding aspects of being an interior designer in the Hamptons is working with so many talented and wonderful people.

So there you have it: the story of my house. It probably sounds a lot like yours. I often tell my friends that even if I had a billion dollars, I would never sell my little cottage. I’m at the beach most of the time anyway.

A version of this article appeared in the December 2014 issue of New York & Cottages & Gardens with the headline: Lincoln Center.