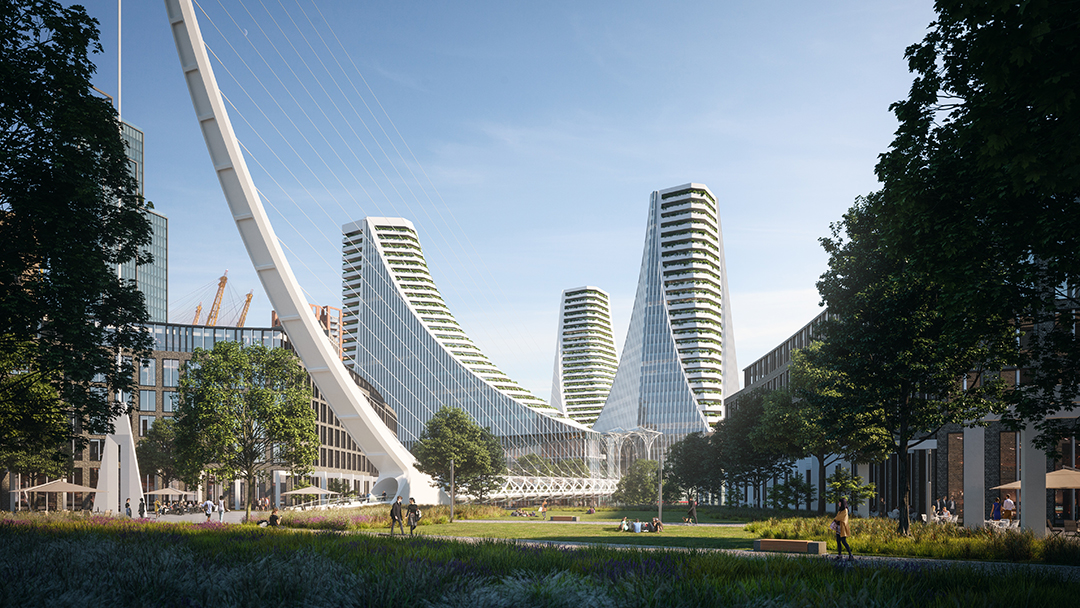 Brexit jitters notwithstanding, London’s real estate market continues to surge ahead with characteristic British pluck. Greenwich Peninsula, located on the site of a former industrial wasteland on the riverfront in Southeast London, promises to be one of the city’s most exciting new developments when the 20-year, £8.4 billion ($11 billion) initiative reaches completion in the early 2030s. Aside from being home to the events venue O2 Arena, there has been little reason to visit the 150-acre peninsula in the past—let alone live there. All that will change, however, with the impending creation of seven new neighborhoods, where gleaming towers will mirror the skyline of Canary Wharf, the modern financial district across the water. Planned residences—some of which have already sold out—have been designed by top firms such as Conran + Partners, Tom Dixon’s Design Research Studio, and SOM.

But the project, which is being developed by Knight Dragon, is about far more than new homes (15,720 of them total, set amid 35 acres of green space). The Spanish architect Santiago Calatrava is making his mark with his first U.K. building, Peninsula Place, which will house a new tube station, an 80-foot-tall glass galleria with shops, bars, restaurants, and performance spaces, and a land bridge directly connecting the development to the waterfront. Cultural offerings will include London’s first major film studio, plus a 16-structure design district (due in 2020) with affordable work space—studios, movable desk areas, and workshops—for 1,800 creatives, from start-up companies to artists. 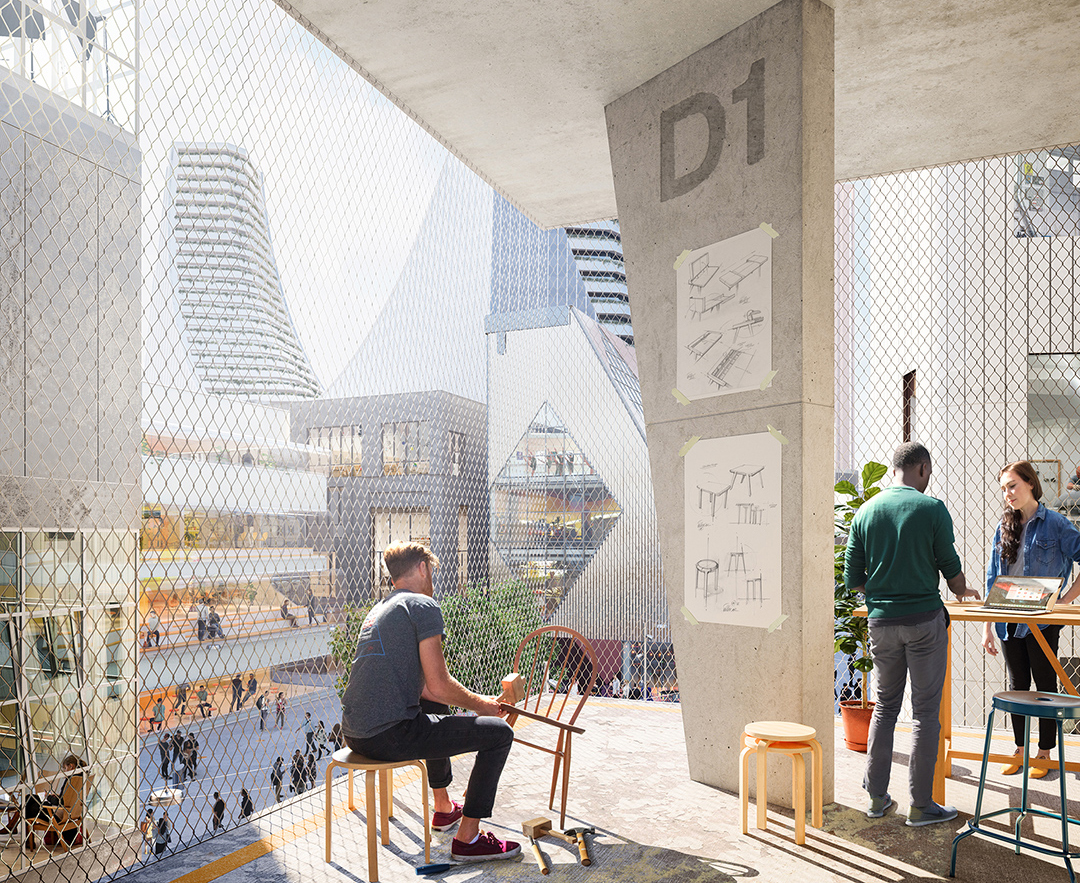 At the heart of the compound is a market hall, a transparent caterpillar-shaped hub containing food and product stalls. “Every square inch of land in London is being relentlessly commoditized right now,” says Peter Besley of Assemblage, the firm responsible for the design district’s master plan. “This will be a buzzing, flexible space that’s enjoyably odd.”

Meanwhile, upriver at the 1930s Battersea Power Station in South London, which is currently undergoing a £9 billion transformation into a trendy mixed-use neighborhood, new apartment owners purchase more than just a place to live: They get a curated social life, too. Residents of Circus West (part of the first phase, where apartments started at £338,000 and are already sold out) are lapping up the perks of the riverfront Power Club, which was decorated by David Linley and features a library, bar, pool, and gym, along with event programming including wine tastings, film nights, and a book club. “We’re oiling the wheels of the community,” says the development’s CEO, Rob Tincknell. “People meet up with their neighbors for drinks after work and for lunch on Sunday. One woman told me that she had met more people here in four months than in 10 years at her previous home.” Additionally, Londoners are also living the high life at condo buildings like Lillie Square in Earl’s Court, where residents congregate at a posh 20,000-square-foot clubhouse featuring a pool, Technogym-equipped fitness center, and a bar, and at Holland Park Villas in Kensington, which boasts two “creative directors” in charge of organizing activities and concierge-style services.