Look Inside a $6.25M Park Slope Brownstone with Vintage Panache

Of the alliterative New York City locales, the Brooklyn brownstone is perhaps the most iconic. Everyone from Audrey Hepburn in Breakfast at Tiffany’s to Sex and the City’s Miranda Hobbes have found a home in one, and their existence is part of the fabric of the city. But, just as Yankee Stadium didn’t always stand in the Bronx and the Staten Island ferry hasn’t always crossed the New York Harbor, Brooklyn was not always populated by brownstones. A recently listed Park Slope townhouse made up of two units gives a little glimpse into the history of the architectural form.

Constructed in 1886, 43 8th Avenue went up under the supervision of Park Slope developer John Doherty as part of a four house project. With its 23-foot-width, this brownstone is actually the narrowest of those four—at no sacrifice to its spaciousness. The charming home spans 5,802 square feet and holds 6 bedrooms and 4.5 bathrooms in total. Currently configured as an owner’s triplex and a garden level unit, this property can be a home and bring in income. 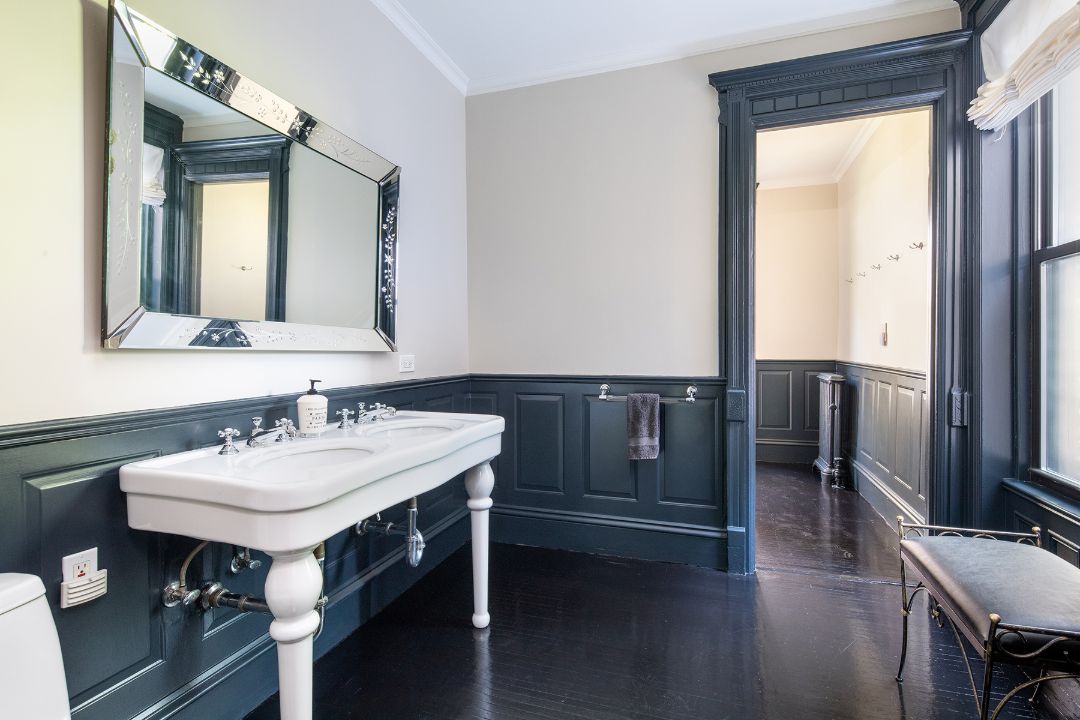 First owned by Joseph Wechsler (of Wechsler & Abraham) and his family, including wife Barbara and their six children, the house held one of the most important Brooklyn figures of the 19th century.  The structure’s well-recorded history makes it easy to embrace the vintage flair and imagine how the family might have lived. From the bright solarium to the decorative fireplaces to the original china cabinet, it has no shortage of character. Then, contemporary light fixtures marry old and new for a quirky yet chic atmosphere that is oh-so Brooklyn.

However, it’s French Neo-Grecian exterior will leave buyers smitten before they even step inside. Lindsay Barton Barrett, Christina Abad, and Bradley Rodenberg of Douglas Elliman have the exceptional listing.