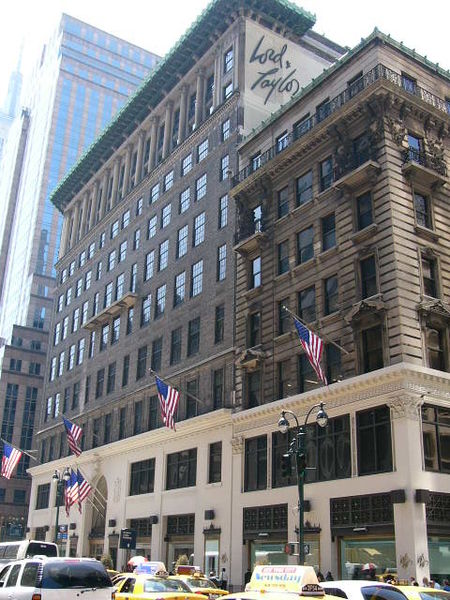 Lord & Taylor has long been an institution in New York City, so the news that the company has decided to let go of its most famous and historic location comes as a surprise. The flagship store on Fifth Avenue first opened its doors in 1914 and was named a New York landmark in 2007, but will now sell to the growing office-sharing start-up, WeWork, for $850 million.

WeWork, a company that is revolutionizing the workplace, aims to create beautiful and inspiring spaces that booming businesses, start-ups, and freelancers alike can rent out to fulfill their specific needs.

According to the New York Times, “Lord & Taylor will rent out about a quarter of the building” while “WeWork will use the rest of the building for its global headquarters and to lease shared office space to its customers.”

Hudson’s Bay, the company that owns Lord & Taylor, announced the news yesterday. The restructuring of the cherished 11-story limestone building is set to happen after Christmas 2018.

Thankfully, the retailer, will continue to dazzle Manhattan tourists and natives alike with their annual holiday window display thru next year.

Perched atop the original NYPD headquarters, this incredible penthouse with a newly discovered secret room is full of mystery and beauty.