Sustainable products for the home 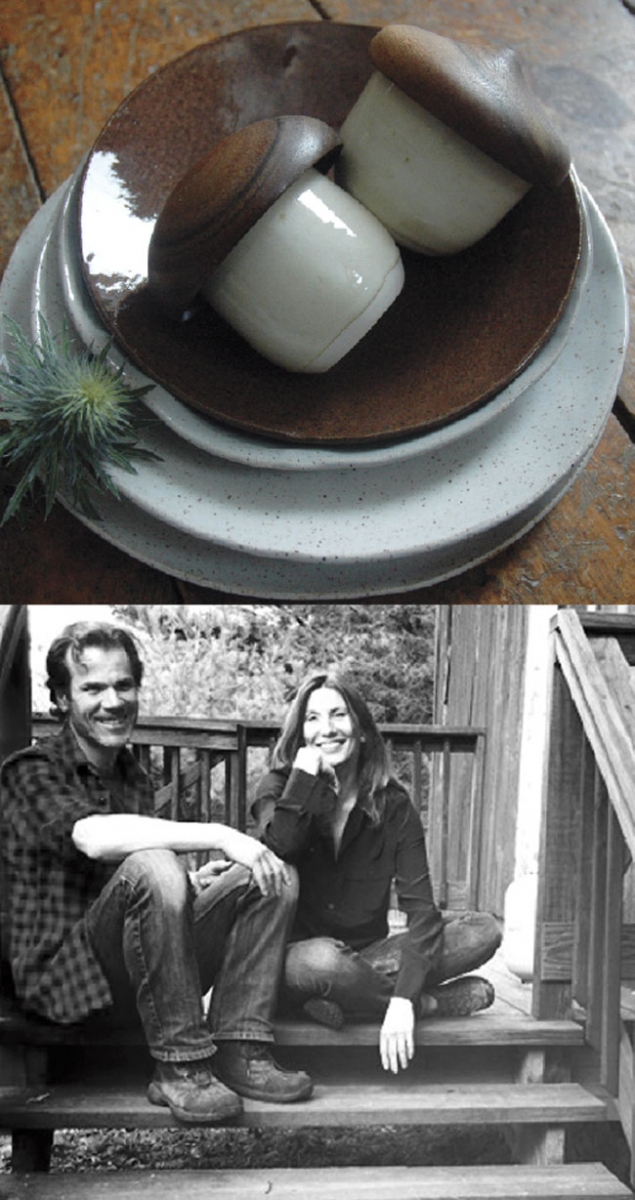 Connecticut creativity received a triple infusion when Daniel Oates and Dana Brandwein decided to relocate to Litchfield County from New York City. This husband-wife team produces three types of eco-conscious products: her delicate ceramics, his anthropomorphic timber furnishings, and the wood and porcelain lamps and trays that are their collaborations. All three categories share their inventive use of sustainable natural materials inspired by the bucolic setting of their barn and studio overlooking wetlands just outside the village of Sharon.

As a producer at Elektra Records, Dana worked for years with well-known bands and musicians such as Metallica, AC/DC and Björk. When changes in the industry led her to pursue her interest in decorative arts, she enrolled in a ceramics class and discovered a flair for shaping clay into cups, vases, bowls and trays with textural imprints and shaped edges that give each piece a one-of-a-kind finish. Queen Anne’s Lace, birch bark, feathers and other motifs from nature are pressed into the clay to create decorative patterns. Honeycomb—the most popular design—was adapted from the bee hives of a local farmer.


Daniel, who grew up in Switzerland and England, was known for creating figurative sculptures and prize-winning wooden marionettes. Pressed into service to make a console for displaying Dana’s ceramics at a gift show, he turned out a sanded slice of wood mounted on IKEA legs. The table attracted so much attention he started creating leaf-like burl end tables, half-moon consoles and grainy knotted benches. Now mounted on steam-bent wooden legs and polished with tung oil, each piece is finished with beeswax, also from that local farm. 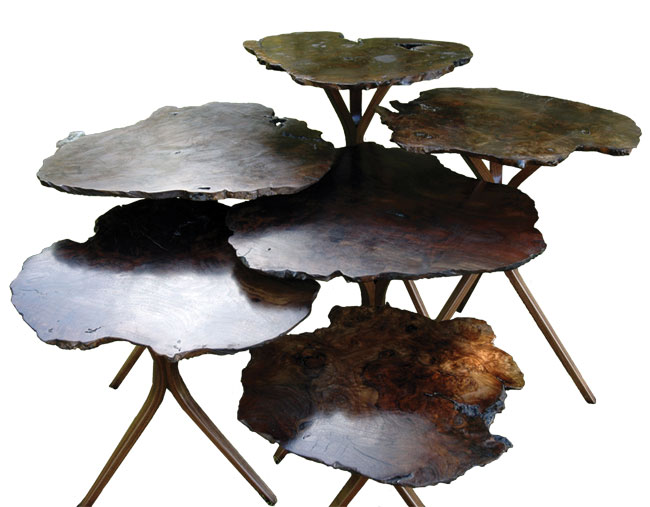 Prowling a nearby lumberyard that leaves its wood untrimmed, Daniel hunts for hunks of black walnut, elm and big leaf maple that “suggest the kind of furniture they want to be” and converts them into sculptural, rough-edged items unashamed of their surface knots and gnarls. “They retain that reference to the tree that was originally there,” he says. Once, when shopping with a client, they discovered a figure-eight-shaped slab that inspired them to abandon the original plans for a rectangular table, and to convert the design into a unique butterfly shape.

During “business meetings” held while walking their dogs, the couple recently started devising designs for ceramic and wooden trays to use every spare scrap of wood. Besides employing sustainable materials, they ship their goods in recycled packaging. And they support the development of renewable energy by participating in CL&P’s program that obtains clean energy from natural sources, such as wind, solar or hydro.

While their wares are carried at ABC Carpet and other upscale stores in the City, Daniel and Dana maintain their focus on Litchfield County and sell their pieces through Privet House in Warren and The Firehouse in New Preston, among others. “I know I wouldn’t be doing this in Brooklyn,” Daniel comments. “The style would be different in the different context.”