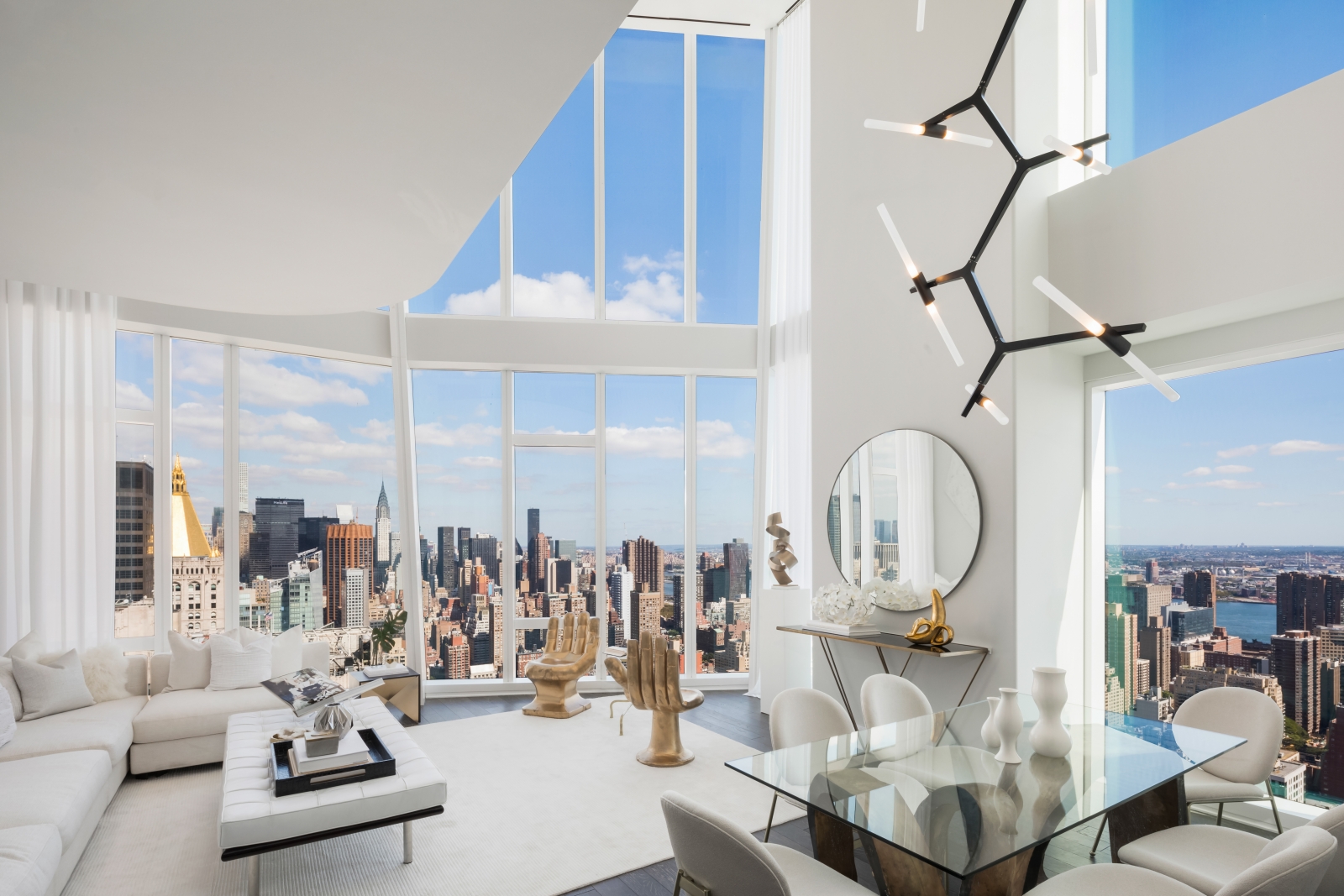 The Flatiron District’s tallest structure, Madison Square Park Tower, only has one duplex unit left for sale, with the exception of the duplex penthouse, and it’s asking a cool $8.325 million.

The 65-story tower is striking in both size and design, and has buyers itching to nab a spot. Out of 83 units, only nine are still available, and most likely they wont be for long.

Apartment 48B is utter perfection with floor-to-ceiling windows that allow for triple exposure views of the North, South and East. Double-height ceilings soar in the combined living and dining room, while the luxuriant master bedroom is tucked away on the second floor for enhanced privacy.

The two-bedroom, two-bath apartment neighbors the clouds just as much as it neighbors its fellow posh units. Divine finishes are the cherry on top with custom-designed Molteni cabinetry, Nanz Hardware, Sub-Zero and Miele appliances, and an exquisite selection of high-end marbles. 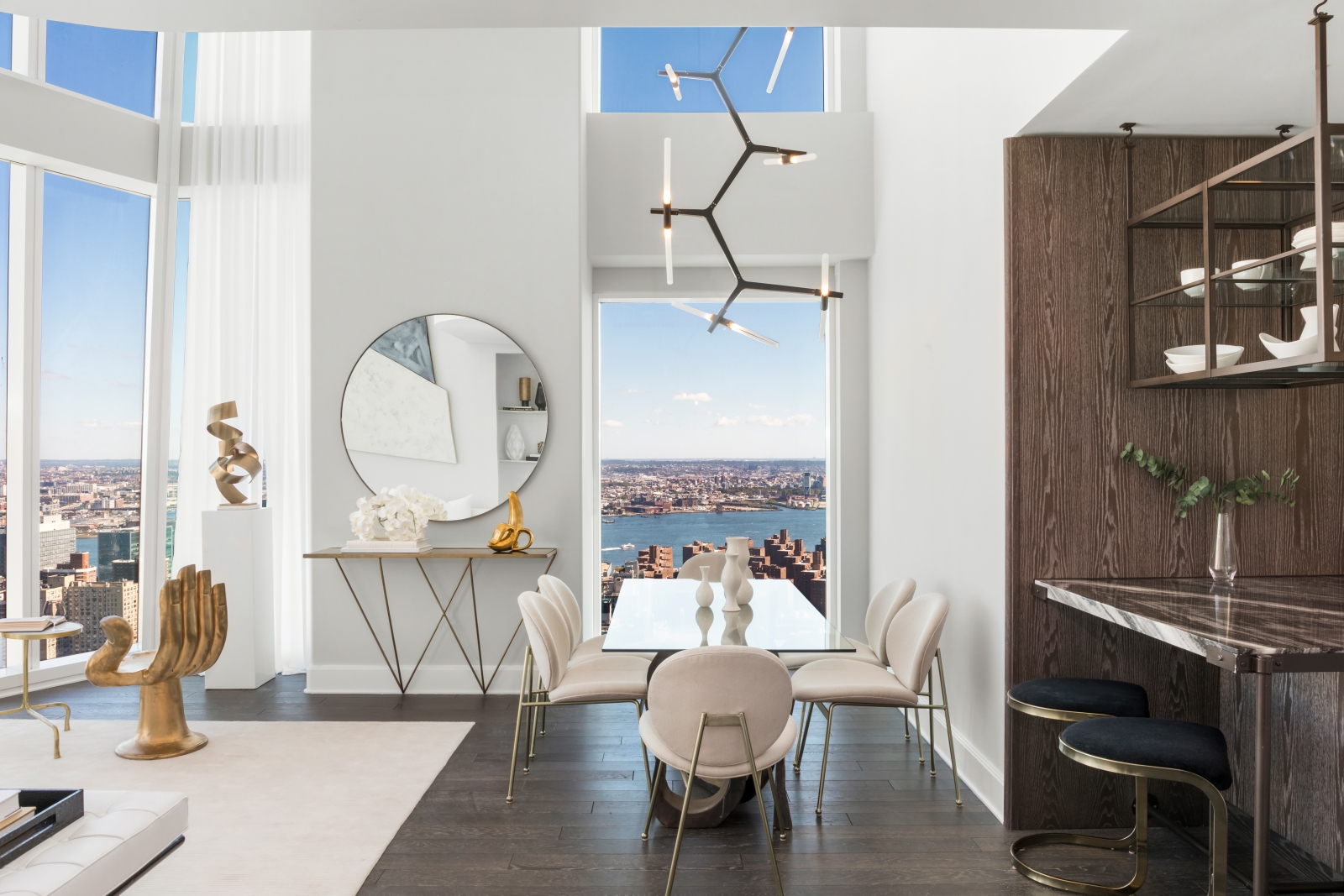 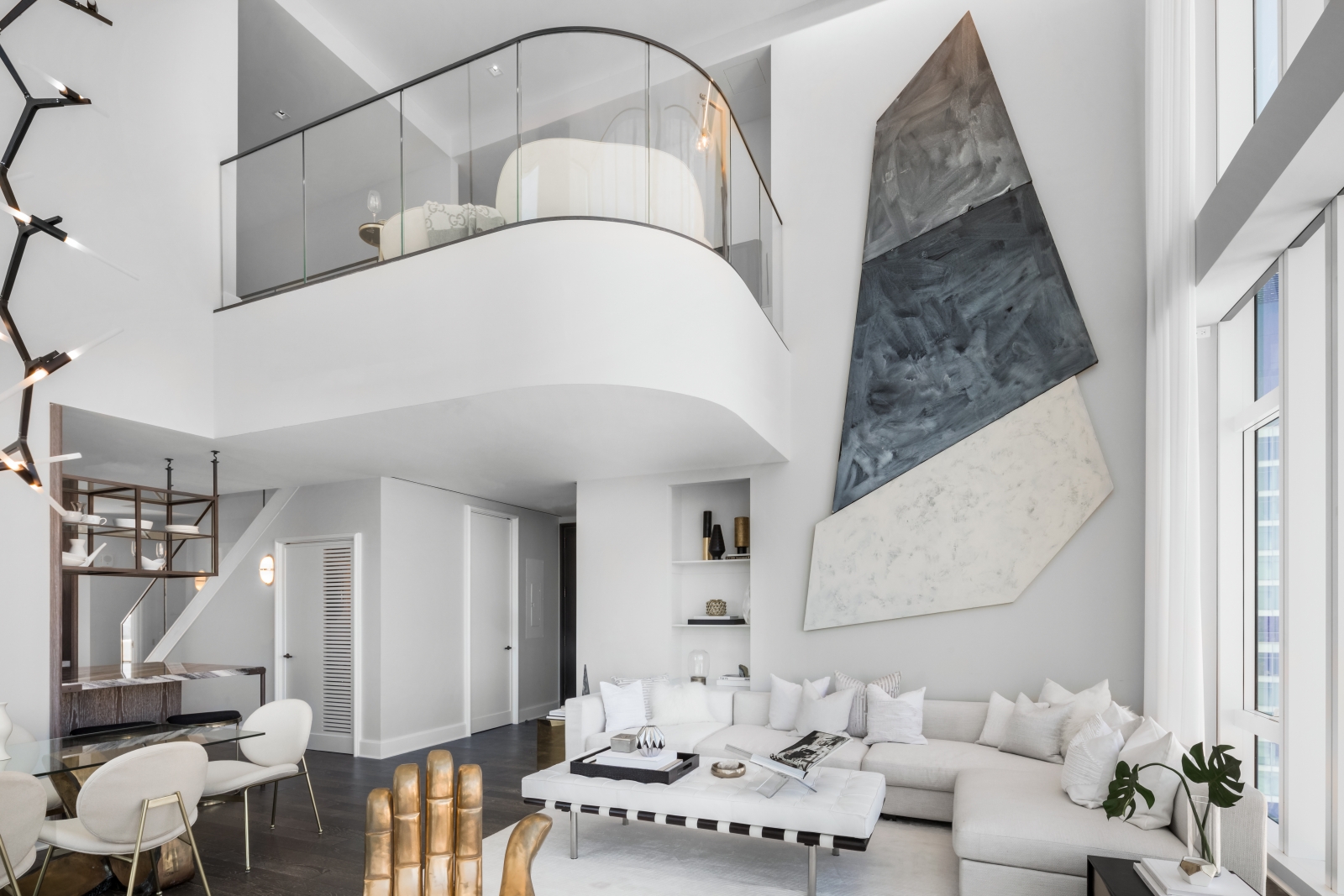 Built in 2016, the coveted tower that has transformed the downtown skyline was designed by the renowned architectural firm, Kohn Pedersen Fox Associates. Martin Brudnizki Design Studio then dressed the masterpiece with elegant and sleek interiors. 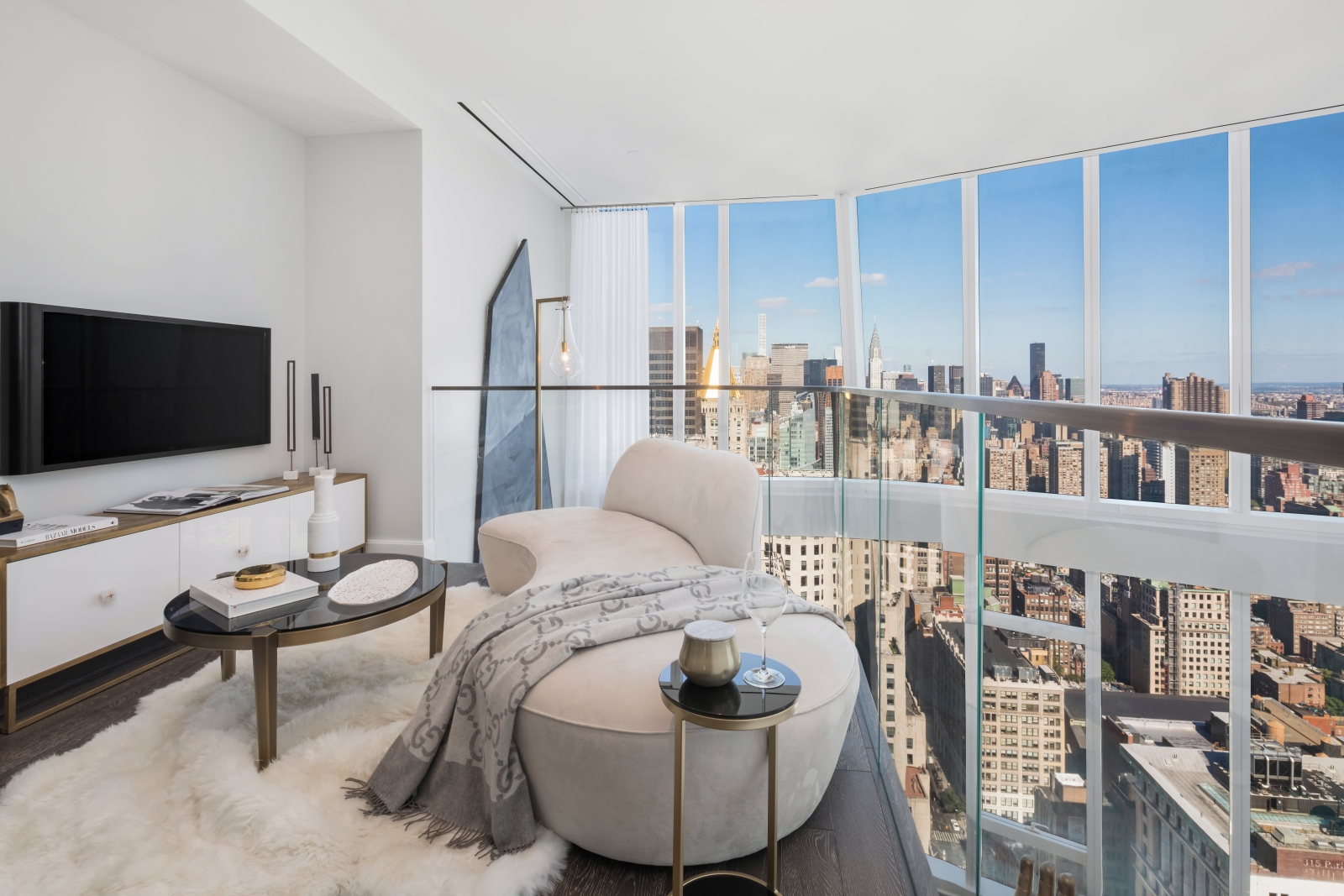 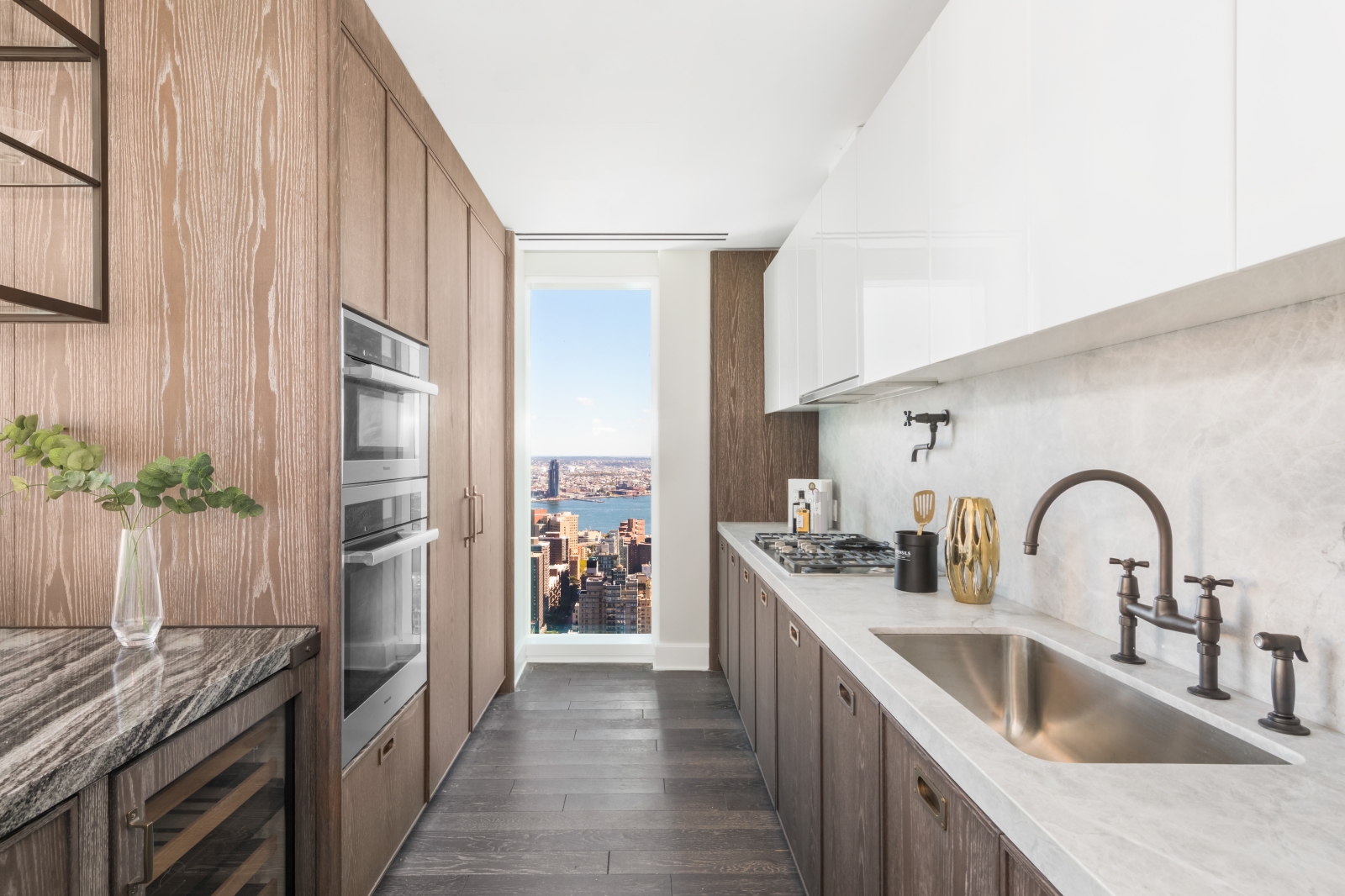 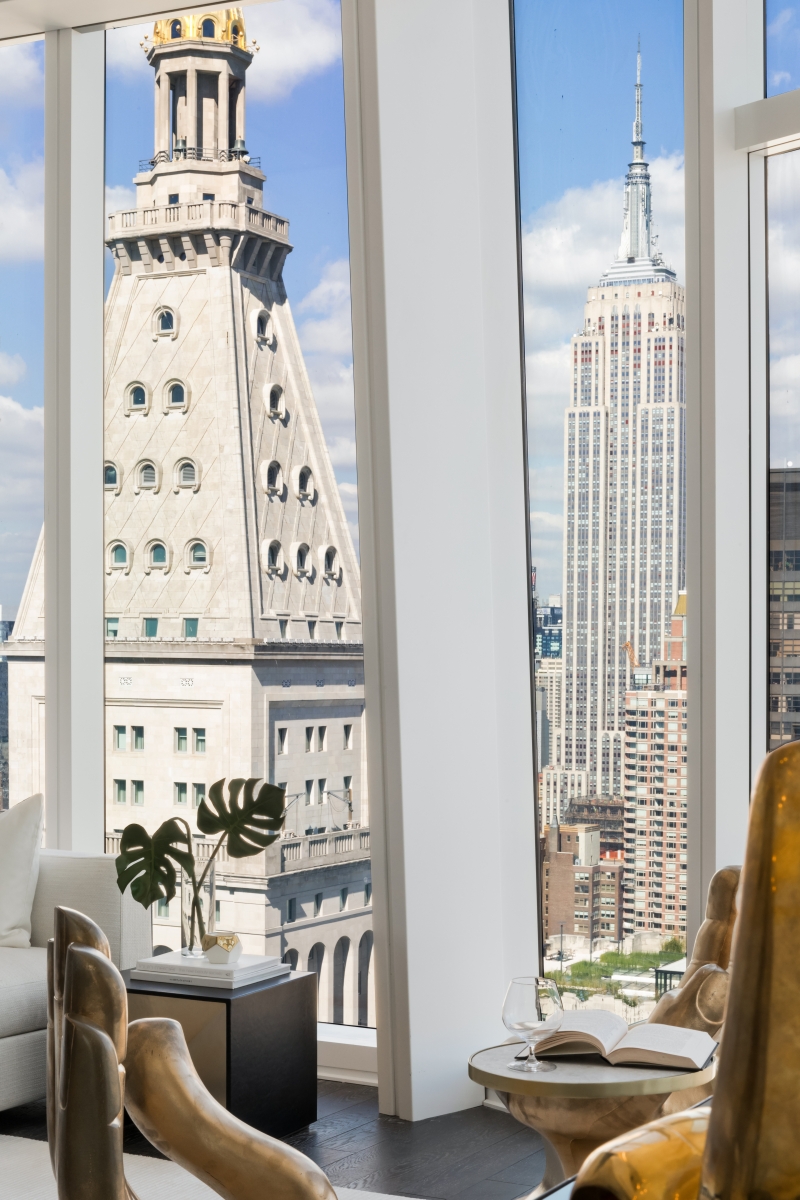 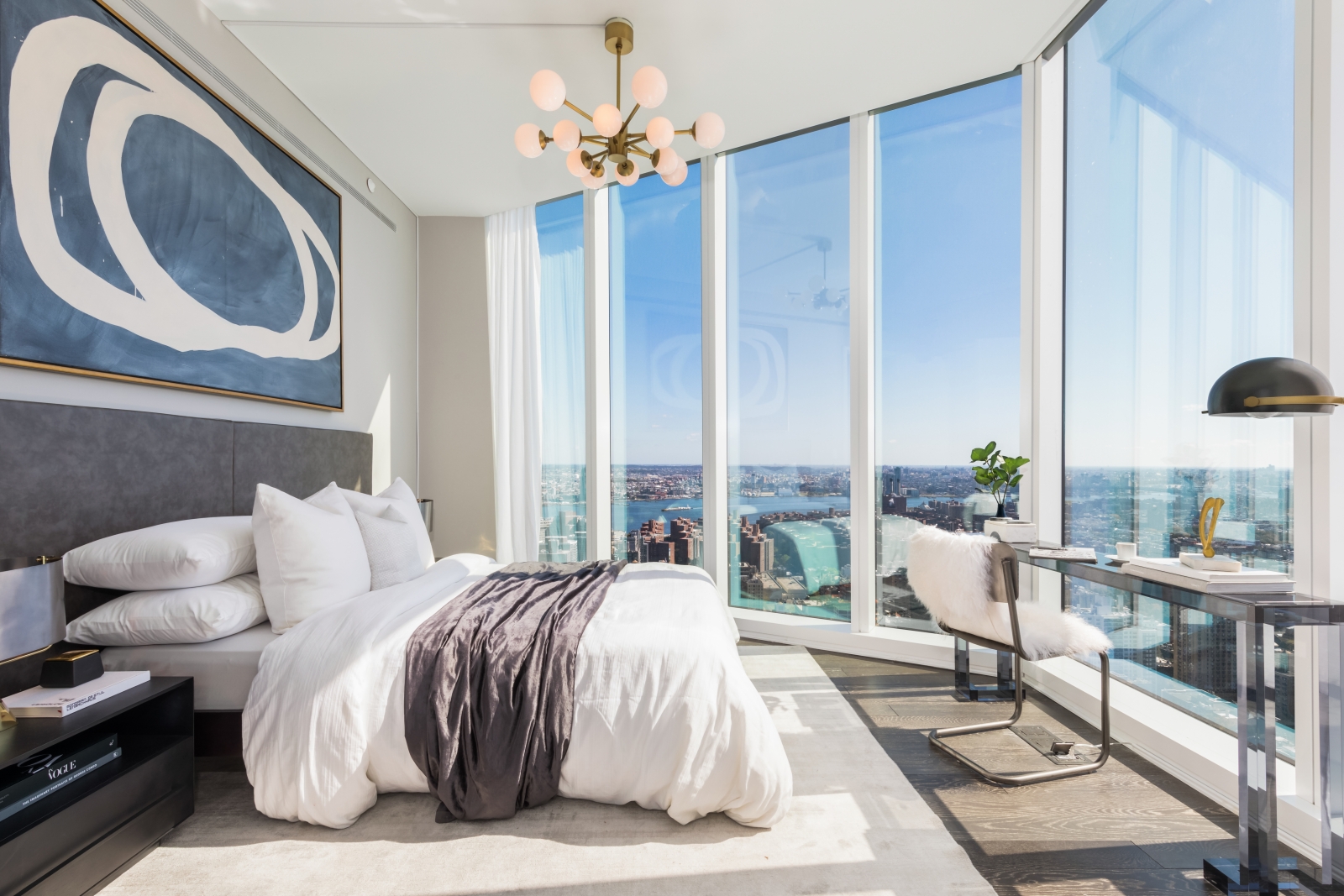 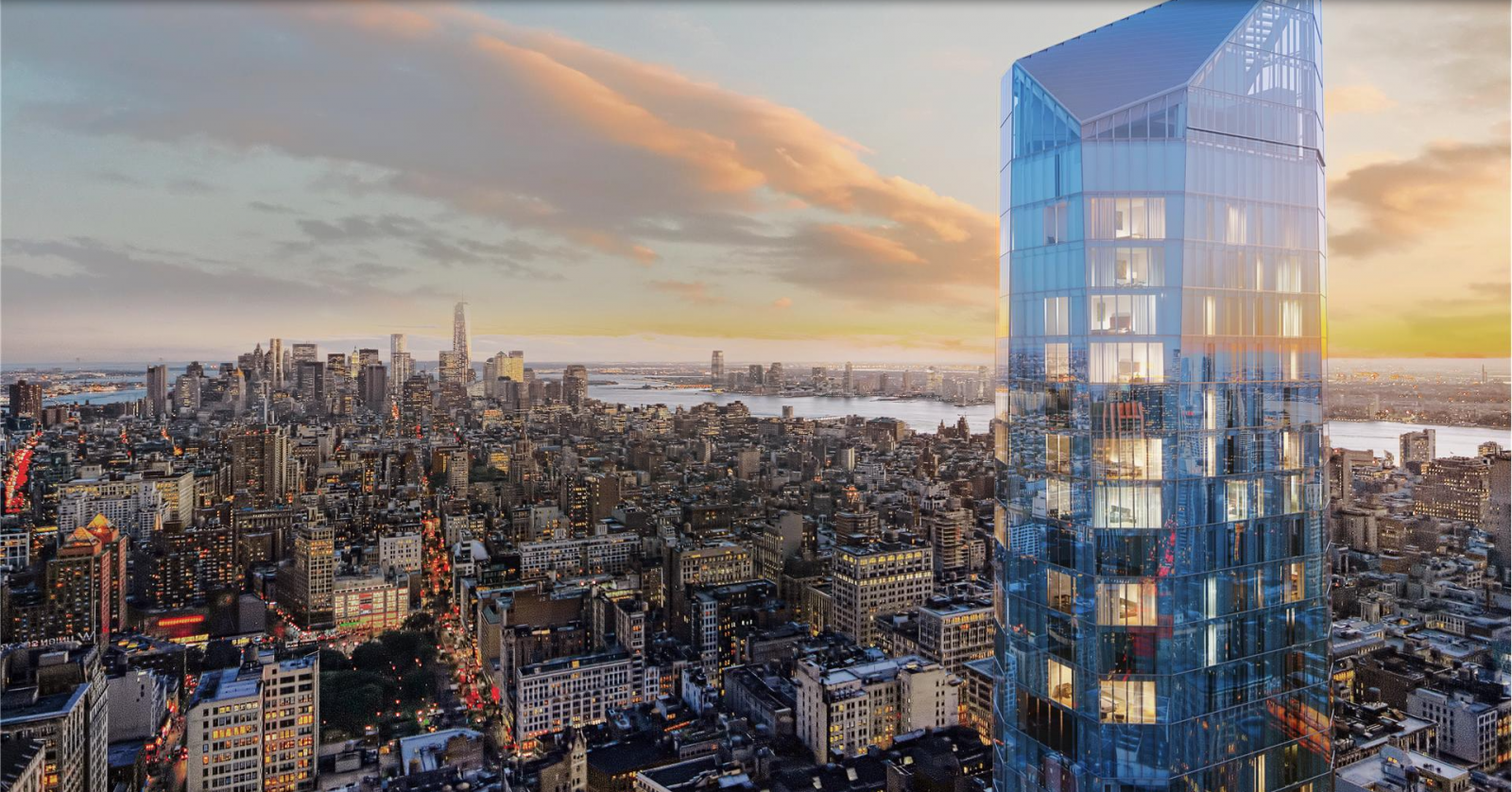