While homes formerly owned by celebrities list all the time, this Miami mansion once owned by Madonna just hit the market with a particularly unusual narrative surrounding it.

Think you’ve heard it all? The seller was initially reported to be a German Shepherd named Gunther VI, said to be the wealthiest dog in the world. Of course, such a story caused a stir and was widely reported in no time. However, the NY Post did some digging and found that the real seller is nothing of the sort. The Mediterranean-style Miami home, now listed for $31.75 million, is owned by Italian entrepreneur Maurizio Mian. Begging the question, is the story of a canine named Gunther VI being the world’s richest dog even true?

Gunther’s legend has been around for some time, describing that he descends from a dog to whom Countess Karlotta Liebenstein of Germany left her entire fortune to in 1992. It also states that the dog’s net worth has grown to almost $500 million–due to the moves of those who manage his estate–and that the heir and his handlers purchased Madonna’s Miami home in 2000. This last part is certainly untrue and the rest remains in question as well. 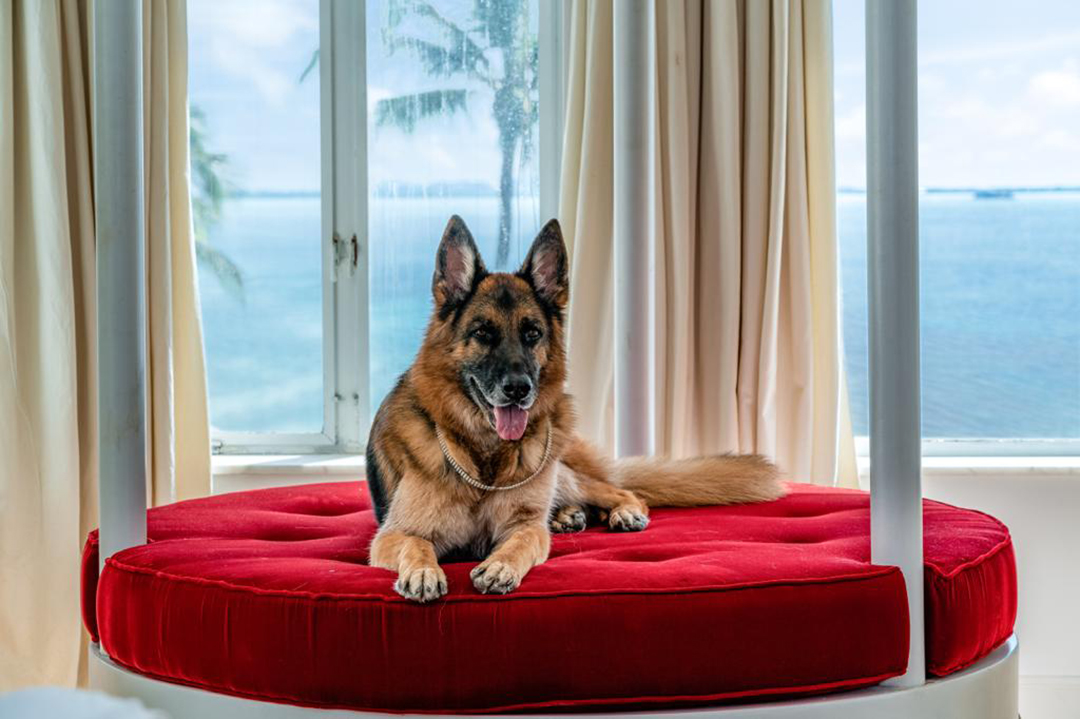 This photo, allegedly of Gunther VI, was provided with news of the listing. Photograph by LPG for The Assouline Team at Compass

For the current listing, a dog introduced as Gunther VI did meet the listing agents under the premise that he was the mansion’s owner. However, the NY Post reports it was Mian who purchased the home from Madonna for $7.5 million.

When contacted about this, Mian finally revealed to the Post that a dog doesn’t own the home and the dog does not belong to him, but says there is a foundation for its care. A source had more to say, however, telling the publication that Mian “borrowed” or “rented” a dog recently and 20 years ago when the initial purchase was made and that “The whole story is one big lie.” It seems Italian publications, such as Goal.com, have long known that the tale of Gunther owning this mansion is false and the dog is often used as a ploy by Mian for publicity, but it’s taking longer for the myth to come to light internationally.

Despite its bizarre start on the market, the listing itself is impressive. Located in a prime Miami neighborhood, the home spans 8,400 square feet, with 9 bedrooms and 8.5 bathrooms. The lot is perhaps most coveted, boasting 100 feet of water frontage. It is among only six waterfront homes in an exclusive gated community.

Ruthie Assouline and Ethan Assouline with The Assouline Team at Compass hold the dramatic new listing.

The Weeknd’s Striking LA Penthouse at the Beverly West Lists for $22.5M