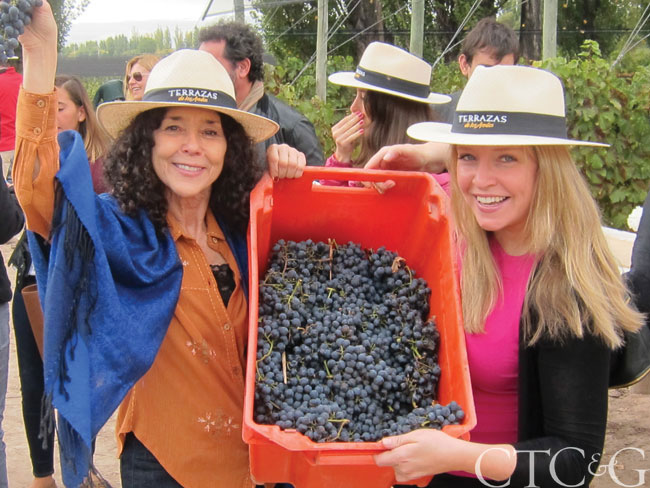 After a two-hour drive southwest of Mendoza city into the Uco Valley, we arrived at Lican Vineyard at 3,750 feet above sea level in the foothills of the Andes. The vineyard was recently acquired by Terrazas de los Andes and is proving to have outstanding terroir. The Malbec grapes have a long growing season here with hot days, cold nights and winds from the Andes causing great temperature variation, all contributing to wines that express intense aromas.

A tent was set up in the vineyard, and we had a comparative tasting of single-parcel, single-vineyard wines. We tasted Los Castaños from 60-year-old vines, which displayed cherry, plum, rosemary and violet notes. The second wine came from the vineyard to the north, Las Compuertas, which has 100-year-old vines and had concentrated flavors of black fruit, nutmeg and tobacco. These single vineyards are the new face of Argentina’s high quality Malbecs.

I traveled here for an “Epi-Curious” event given by Terrazas de los Andes and its sister winery, Cheval des Andes, Mendoza’s Premier Cru teaming up the winemakers of Cheval Blanc in Saint-Émilion with Terrazas. The day included a grilling lesson with Peter Kaminsky, who wrote two books with Argentine grilling master chef Francis Mallmann and just came out with The Essential New York Times Grilling Cookbook. 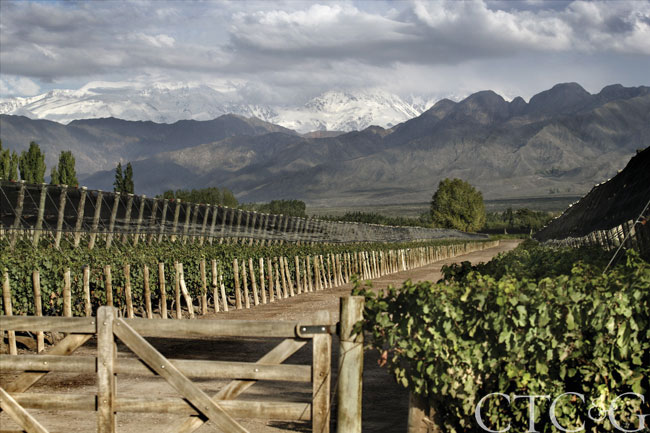 Kaminsky, who once grilled a 1,400-pound whole cow (it took 14 hours), was full of tips: “the bigger the piece, the lower the fire,” “whole animals—goose, duck, pig—are always the most festive.” He explained how to adjust the level of the coals by holding a hand over the heat: For a thick pork chop, count seven Mississippi’s before you must pull your hand away.

He worked alongside Terrazas chef Marcos Zabaleta to prepare a traditional Argentine asado, which included thick pork chops, blood sausage, sweetbreads, beef ribs and empanadas. The winemakers were on hand to discuss wine pairings. Gonzalo Carrasco—who had just returned from the harvest at the Salta Vineyards—served us a cool glass of Terrazas Reserva Torrontés, which is the most aromatic and floral wine. Gustavo Ursomarso, who’s in charge of the vineyards, poured the fruit-forward Reserva Malbec to pair with the beef empanadas. 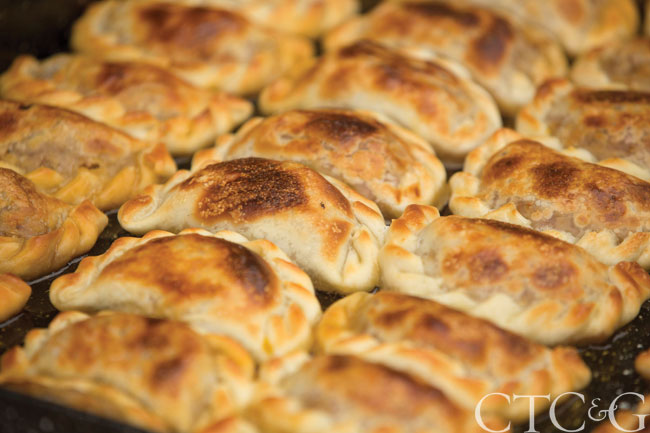 Herve Birnie-Scott, estate director, offered the luscious Cheval des Andes to match with the pork chops. Next, he offered the most seductive wine of all, Los Aromos, a Cabernet-based single vineyard expression with concentrated cassis, plum and smoky notes.

Enveloped in wood smoke and surrounded by chefs and winemakers, I couldn’t have been happier. Manuel Debandi, Terrazas’ young grill master with movie-star looks, told me that the men in Argentina live to create fires. “To get the girls, we go out to dance all smoky after just preparing the asado.” Years from now, the mere smell of smoke along with a glass of Malbec will transport me back to Mendoza.

A version of this article appeared in the July/August 2014 issue of Connecticut Cottages & Gardens with the headline: Wines to Grill By