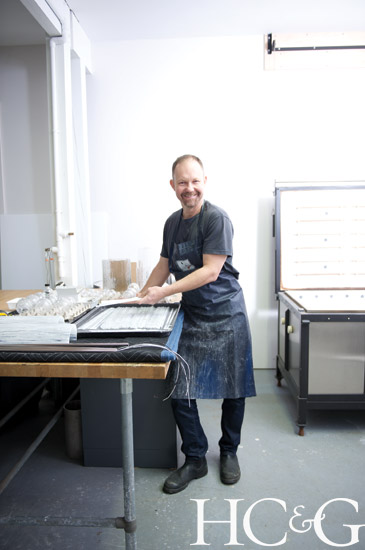 One of Mark Figueredo’s biggest pet peeves: seeing people break out their cellphone flashlights to read menus in dimly lit restaurants. In an ideal world, restaurant lighting would flatter patrons while allowing them to peruse menus without the help of electronic devices. “The best kind of lighting is the kind you don’t notice,” Figueredo says. “That’s when you know it’s done right.”

A former electrical contractor, the East Hampton–based Figueredo has been working as a lighting designer on the East End for the last dozen years. Describing himself as “an old-school purist,” he crafts beautiful, yet functional pieces out of glass, metal, and wood and is known in design circles for seamlessly marrying form and utility. “Lighting has to create an atmosphere, but most important, it should always serve a purpose,” says Figueredo, whose purpose-driven creations are sought after by many retailers and high-end designers, including Jamie Drake, as well as commercial venues such as Guild Hall’s John Drew Theater and Tiffany’s Manhattan flagship, where a dramatic piece dangles from the fourth-floor ceiling. 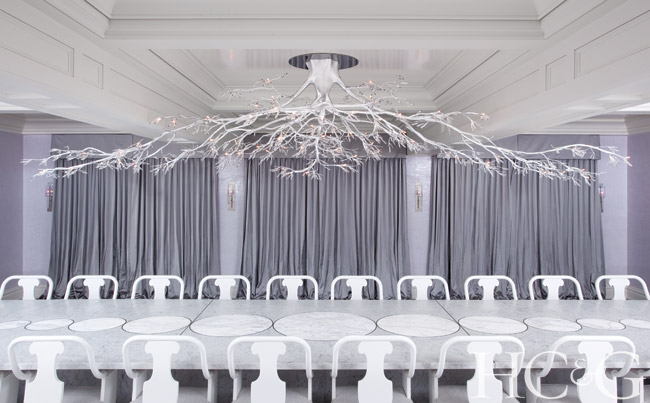 True illumination, Figueredo says, is a dialogue between the quality of the light, its fixture, and the architecture of a space, but everything really starts with the bulb. Whether it’s a simple incandescent, halogen, Xenon, or LED, the type used directly dictates his design and guides him through the stages of creation—sketching, followed by grinding and finishing metal parts, and, finally, fusing and polishing glass or shaping wood. 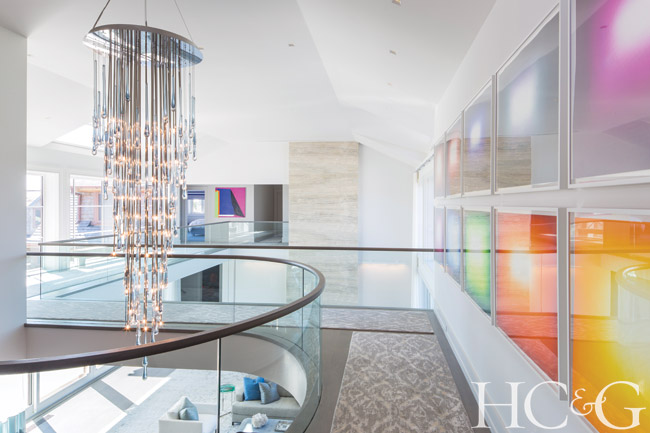 To fabricate a fixture like his Twig Ball, he employs mitsumata, a Japanese plant used to make paper, to form an oversize luminous orb. Figueredo strips the mitsumata branches of their bark, smooths them out, and bleaches them so that they take on the appearance of driftwood. To make them pliable, he then steams them inside a plywood box (one of his own fashioning), pulls out the branches, and wraps them around a steel armature, connecting them with thread-thin stainless-steel wire. Lastly, Figueredo drops a clear, hollow glass ball housing a single 100-watt incandescent bulb into the middle. 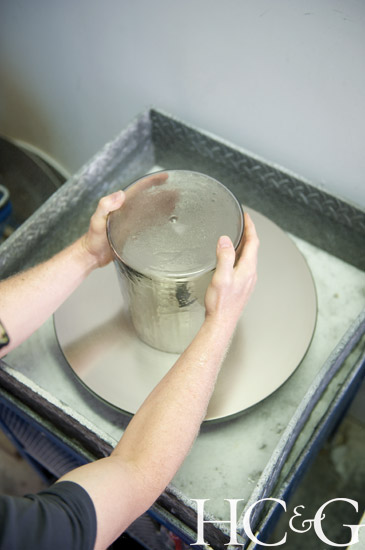 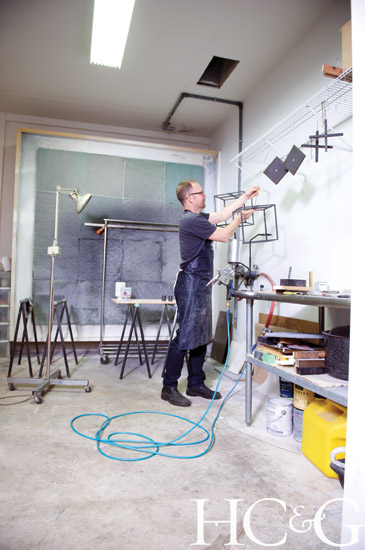 The result: a statement-maker that sheds light beautifully and precisely. Finishing a piece, the designer says, is always his brightest moment.

A version of this article appeared in the August 1 2015 issue of Hamptons Cottages & Gardens with the headline: Vision Quest.