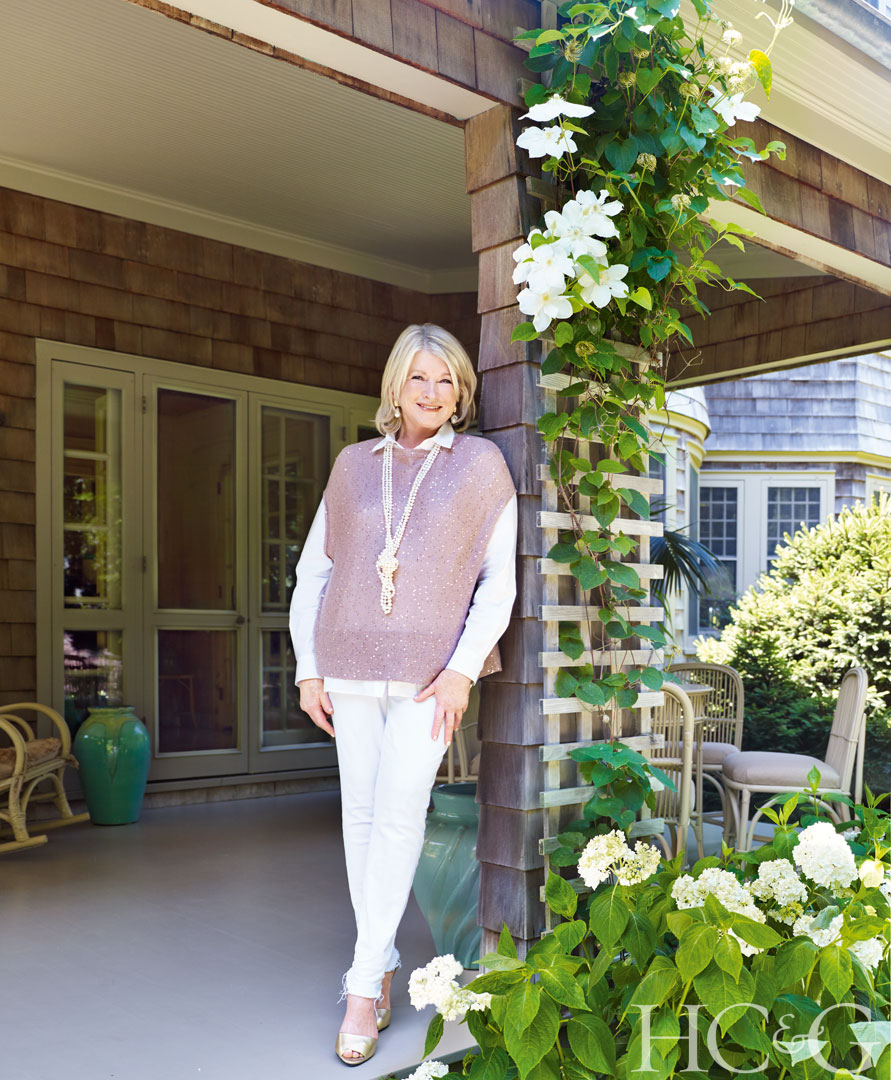 It’s one of the best-known houses in America that few people have actually stepped foot in. The physical embodiment of her multiple lifestyle brands, Martha Stewart’s home on Lily Pond Lane in East Hampton is an American classic that untold millions have seen here, there, and everywhere: on TV, in books (her 90th is due in February), and in the pages of her namesake magazine. But even the so-called Domestic Diva needs a retreat from the spotlight on occasion, whether in East Hampton or at her farm in Bedford or estate in Maine, where she is fond of spending time with her two grandchildren. “We have 11 fireplaces in Maine,” she says, “and my grandchildren and I count them together: ‘Fuego número uno, fuego número dos . . . .’ And then of course I have to light them all.”

Stewart got hooked on the Hamptons several decades ago, when she stayed at Kurt Vonnegut’s house in Sagaponack one summer. “I remember being so proud that he let me clean his writing studio!” she recalls. “I still can’t believe how beautiful it is out here.” She found her own home after a day of house-hunting with her daughter, Alexis, 26 years ago. “We went out with a Realtor to look at five houses in East Hampton, some of which we didn’t even bother to get out of the car for,” she recalls. “This was the last one we looked at, and Alexis immediately said, ‘This is it!’” “It” comprised one acre of land—Stewart still laments not buying more property at the time—and a house dating from 1874. “The very next day I had appointments with five contractors, and the last one was Ben Krupinski, whom I hired.” What sealed the deal: Krupinski had polished the floors of the house as a boy in high school.

The renovation, not surprisingly, was thorough. Cracked plaster ceilings were replaced with beadboard that to this day looks appropriate and fresh. Windows were added and warrens of small rooms combined, and a pool installed in time for Stewart’s 50th-birthday bash. “No one imagined it was my house,” she says with a chuckle. “All white walls, barely any furniture, and gleaming dark wood floors. We served barbecue chicken from the Cutchogue Fire Department and blue margaritas from the Blue Parrot. A party unlike any Lily Pond Lane has ever seen!”

Today, gone are the pastels from an initial decorating scheme inspired by the eggs of her famous Araucana hens, and all is now soothing khakis, buttercreams, beiges, and greiges, a palette that amplifies her lush garden. The pink Venetian chandelier—a $250 score from the Silk Purse in Ridgefield, Connecticut—still hangs in the living room, and the vintage Sears Roebuck columns, part of a 1902 renovation, remain. But “this house can take crazy,” Stewart notes. Taxidermy game fish—some of which she caught herself—hang on the walls, and a pair of silvered Regency shell chairs flank a Swedish console on the upstairs landing. Monumental teal-blue urns on the front porch match collections of McCoy and Fulper pottery in the same hue. 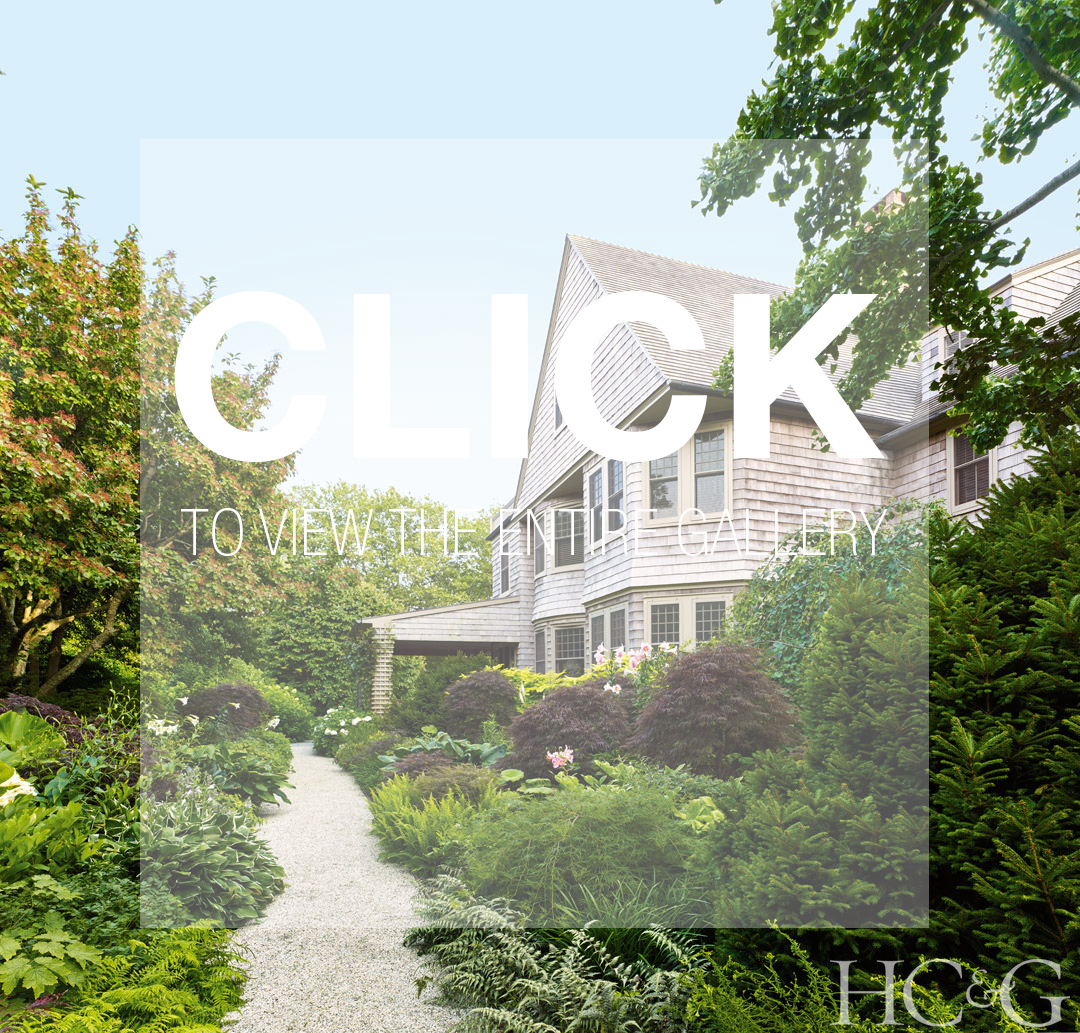 Five years ago, Superstorm Sandy prompted a major overhaul of her garden. Stewart lost a huge yew and installed Asian shrubbery in its place, notably small purple Japanese maples that flank a path filled with Astilboides, hostas, and Petasites. Her famous roses, more than 600 varieties and many now hard to find, have been dug up and transplanted to Bedford. “Ninety-nine percent of them survived and are flourishing there,” Stewart says proudly. “Alexis used to prune them in her bikini—she has the scars to prove it!”

So what keeps a person like Martha Stewart constantly engaged? An insatiable need to learn something every day, she says. It’s one reason she routinely asks her chauffeur to take different routes so that she can discover new things. “That’s how I found a hardware store in New York that specializes in doorknobs, and how I see the most incredible houses and gardens.” And her business empire continues to grow larger, with a new online wine shop, a meal-kit delivery service called Martha & Marley Spoon, and, coming this fall, a major rollout with QVC including women’s fashion, food, skincare products, and gardening tools. “I like the challenge,” she says, before excusing herself to plan a dinner party for 60 people on her front porch, to be held the next evening.

A version of this article appeared in the September/October, 2017 issue of HC&G (Hamptons Cottages & Gardens) with the headline: Top of Her Game.