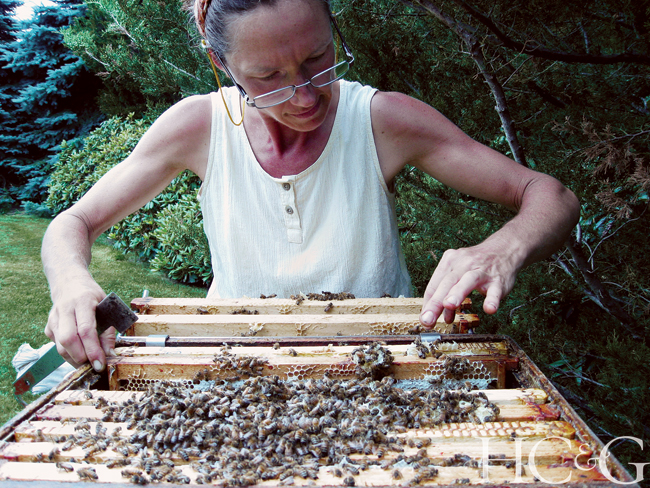 HC&G: Not everyone can say that they’re surrounded by thousands of bees every day. How did you become a beekeeper?

Mary Woltz, beekeeper, Bees’ Needs: Many years ago, I was managing the garden at the Pfeiffer Center in Chestnut Ridge, New York, and the director there, Gunther Hauk, made me aware of the bee crisis caused by varroa and tracheal mites. These were inadvertently introduced to the United States in the 1980s and virtually halved our bee population. At the time, I knew nothing about bees and decided to learn all I could—I made it my mission. Then I was offered a position about a decade ago with the Hamptons Honey Company, which is what brought me to the East End. 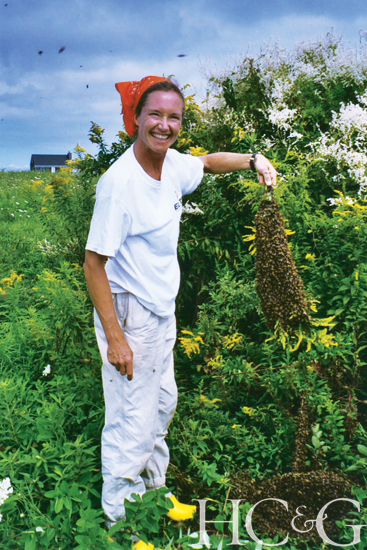 How do you operate Bees’ Needs?

The Hamptons Honey Company is more of a distribution business than a honey-producing business, but it continues to support my work and allows me to use its facility to package and market honey under my Bees’ Needs label. As a beekeeper, I manage hives that I have intentionally placed in hospitable locations and am always trying to get the message across about the plight of the bees. It’s my bully pulpit!

How many hives do you have?

I keep hives at Quail Hill, the Green Thumb, Marders, and a few others places in the region, totaling 15 locations in all.

I hear there’s a waiting list of people who want your hives on their properties.

Yes, but I keep them at bay because beekeeping is such a fad. I don’t want them to get bored and switch to llamas!

Swarming bees are the most beautiful experience. They have a bad reputation, but bees usually aren’t going to sting you, and most people don’t grasp that a bee dies when it stings. Bees sting for an important reason, like defending the hive, but they’re too smart to sting a person willy-nilly. If you’re afraid of being stung, just stay still—you smell funny to them, and they’re sensitive. Fear incites bees. Stinging is a defense mechanism.

There is continued agreement that CCD is caused by a combination of factors, but a recent Harvard study had damning evidence against neonicotinoids, nicotine-derived insecticides that were introduced in the ’90s. GMOs [genetically modified organisms] are often blamed for CCD but are not part of colony collapse—though we certainly don’t need GMOs to start killing bees, too! 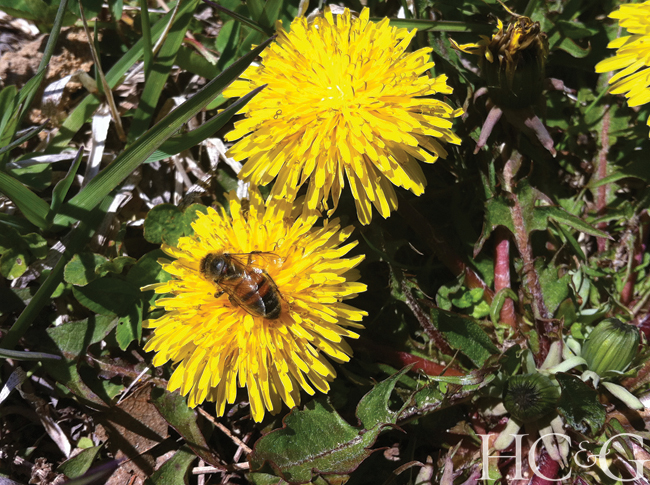 What can people do to help save the bees?

Don’t use chemicals in your yard and garden. And plant flowers that bloom in early spring, like crocuses and snowdrops, when bees are foraging for nectar. Also, don’t disregard the importance of weeds. Dandelions, for example, are a bee’s best friend. Willows, a huge source of pollen, are beneficial as well.

What about later in the season, like mid- to late summer and fall?

Absolutely. Allowing your herbs to flower is crucial because bees get medicinal benefits from them, just as we do. So grow thyme, sage, lavender, rosemary, anise, hyssop, mint, dill, and borage. And don’t trim your privet. Let it flower! We’re only talking a couple of weeks, and then you can trim it after. We owe the bees that much.

A version of this article appeared in the July 15, 2014 issue of Hamptons Cottages & Gardens with the headline: A Taste of Honey.