Matthew Soloman Is Elevating Ceramics to a Level of High Art 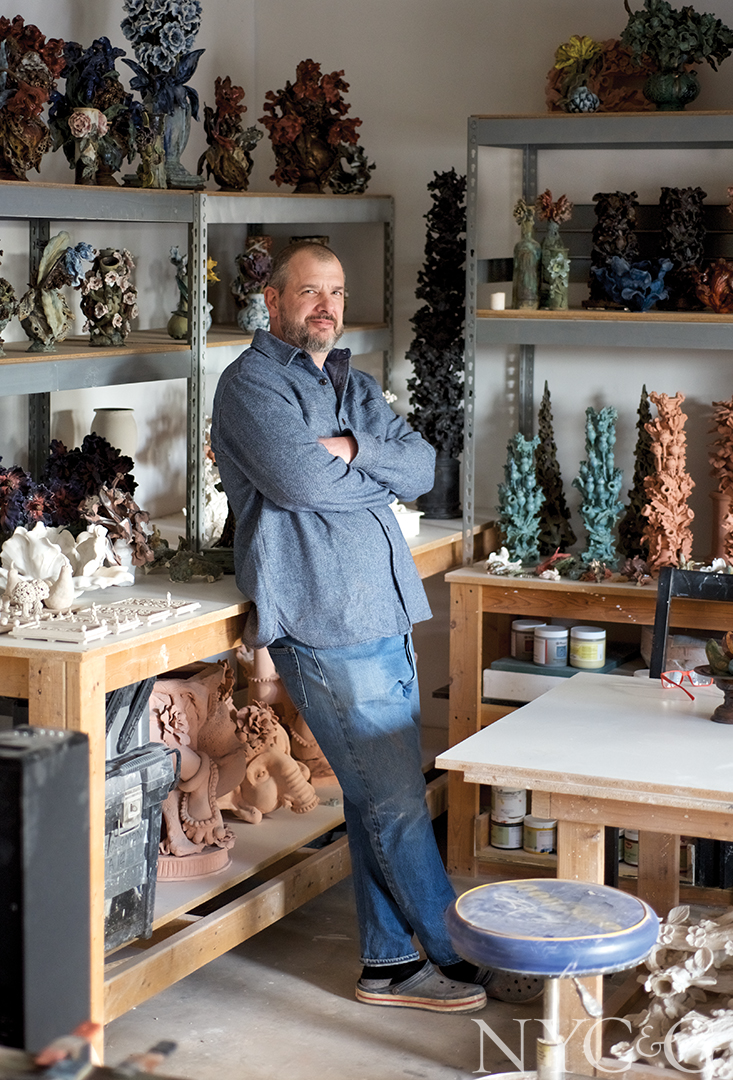 Withering leaves, curling petals, and drooping stems don’t immediately call beauty to mind, but Matthew Solomon can see beyond these supposed flaws. “A flower in bloom is pretty,” says the ceramist, who makes botanical-inspired tableware and objets d’art in his studio in Sullivan County, New York. “But a flower past its prime, with its broken symmetry, is sublime.”

Although Solomon has always had an artistic bent—in the mid-1980s, he studied at the Appalachian Center for Craft in Tennessee—he came to ceramics via a circuitous path, long after becoming a lawyer, like his parents before him. But gardening, a hobby he picked up while working as a trial lawyer in the late 1990s, led him to rediscover his passion for art. “I was uninspired for so long,” he says, “but the depth of nature really took hold of me. I bought some clay and couldn’t stop producing.”

In 2002, he left law to pursue ceramics full-time. “I try to capture the cycle of life, so I often incorporate flowers in various stages of bloom, just as you would see in a garden,” says Solomon, who sells his wares at his eponymous shop in Narrowsburg, New York, and at Maison Gerard in Manhattan. 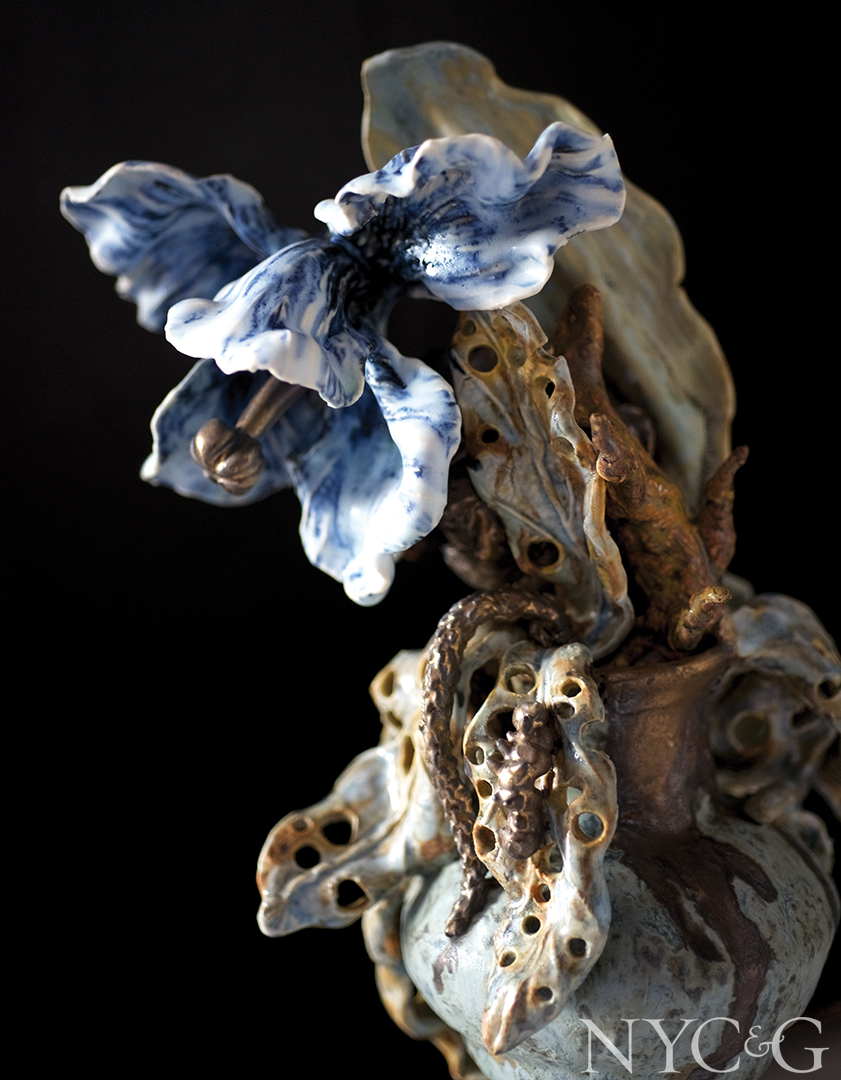 A candlestick, for example, is a plantsman’s folly of overgrown thistle stems, so abundant they disguise the item’s typically straightforward form. To create it, he starts by pressing a flat piece of clay into a circular mold for the base. With another mold, Solomon crafts two clay spheres and adorns each one with three hand-built spouts that can accommodate water and single flower buds (a nod to Delftware vases). Next, he makes the candlestick’s “neck”—a series of spool-shaped pieces—using a third mold. The component parts are then scored and attached with slip, a liquid clay mixture that serves as an adhesive. The object is wrapped in plastic to keep it from drying out while Solomon rolls, twists, and pinches bits of clay into hundreds of miniature decorations that include stems, shriveled leaves, and tiny prickles. (The process of adhering these flourishes to the candlestick with slip can take a full day.) The finished design dries for a week or more before undergoing a bisque firing, after which it’s smoothed, glazed, and refired. “Sometimes I can’t believe that I quit my job to do this,” says Solomon. “And I’m getting to do exactly what I want to do.”

A version of this article appeared in the March 2018 issue of NYC&G (New York Cottages & Gardens) with the headline: Lust for Life.