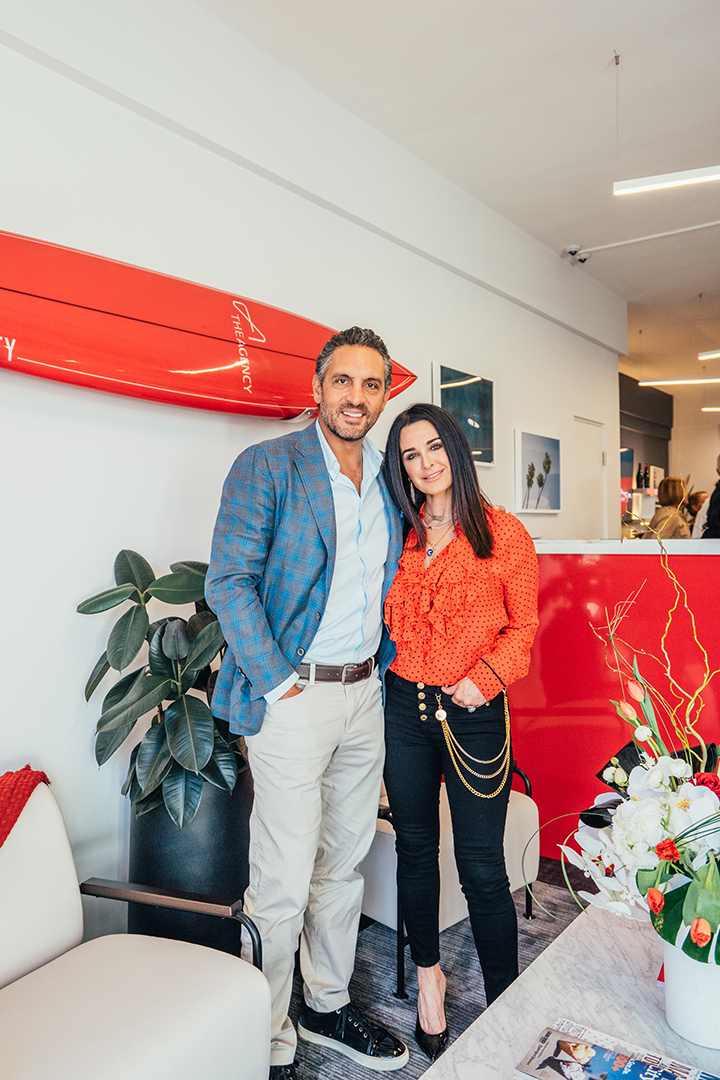 Mauricio Umansky wears many hats, on-screen and off. Perhaps you know him best for being a co-founder and the CEO of The Agency or for regularly appearing on The Real Housewives of Beverly Hills. Married to actress Kyle Richards, a star on the Bravo show since it began, and constantly expanding his real estate empire, both are true.

Founded in LA, The Agency is now setting up shop in affluent communities nationwide and internationally. Their latest franchise offices? New Canaan and the North Shore of Long Island, The Agency’s first ventures into Connecticut and New York. And more is to come.

In the midst of opening these new offices in the New York Metro area, Umansky has stopped by to answer all our questions. From giving a peek into his childhood to sharing timeless real estate advice, get to know the reality TV star and entrepreneur. 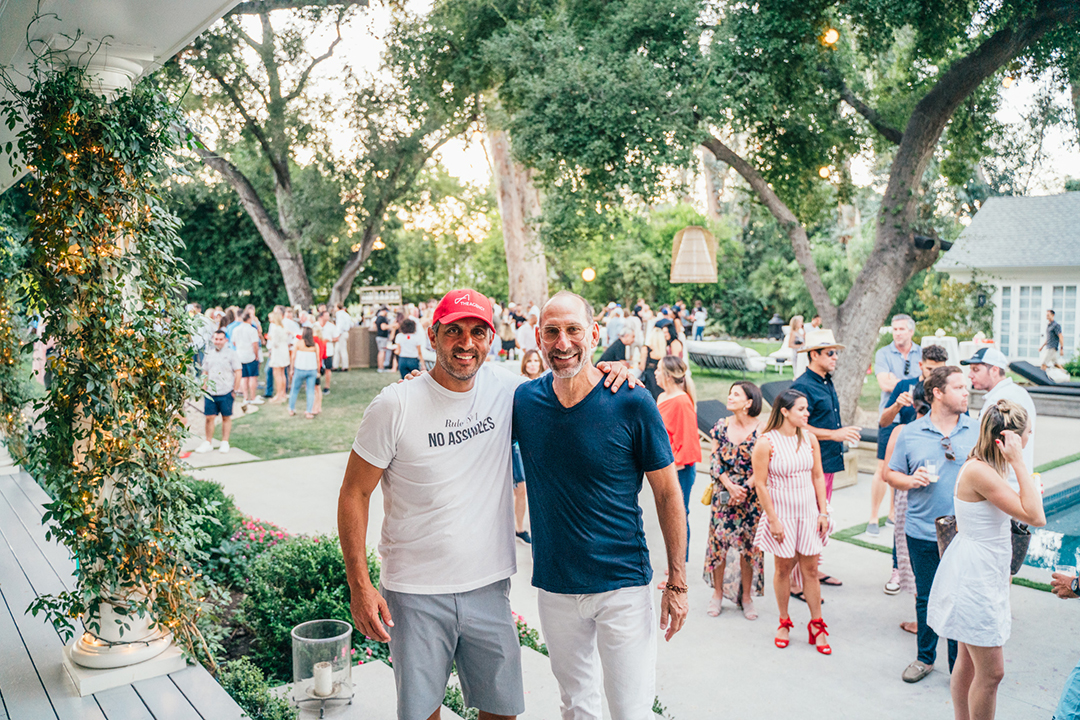 What led you to a career in real estate and ultimately to start your own agency in 2011?

My family and I immigrated to California in 1976. My father and grandfather were all entrepreneurs. We sold textiles, and I was always fighting for pennies. I remember coming back home with orders and telling my father, ‘Hey, I just sold 100,000 yards at 97 cents a yard!’ He would tell me to go back and get $1 or 99 cents a yard. I had to go back and fight for two cents. I learned very early on the value of the cent.

Pivoting to real estate, when Billy Rose and I founded The Agency in 2011, we set out to create an industry-disrupting brokerage that would redefine the business of real estate. We started the company with a mission to foster collaboration and creativity, which was a far departure from the traditional brokerage model and one that has helped advance and evolve the industry.

From humble beginnings in a 1,800-square-foot office on Beverly Drive in Beverly Hills to today where we have sold more than $25 billion in real estate and expanded to more than 43 corporate and franchise offices with nearly 800 agents around the globe, we’ve consistently done business differently while changing the industry paradigm for success. 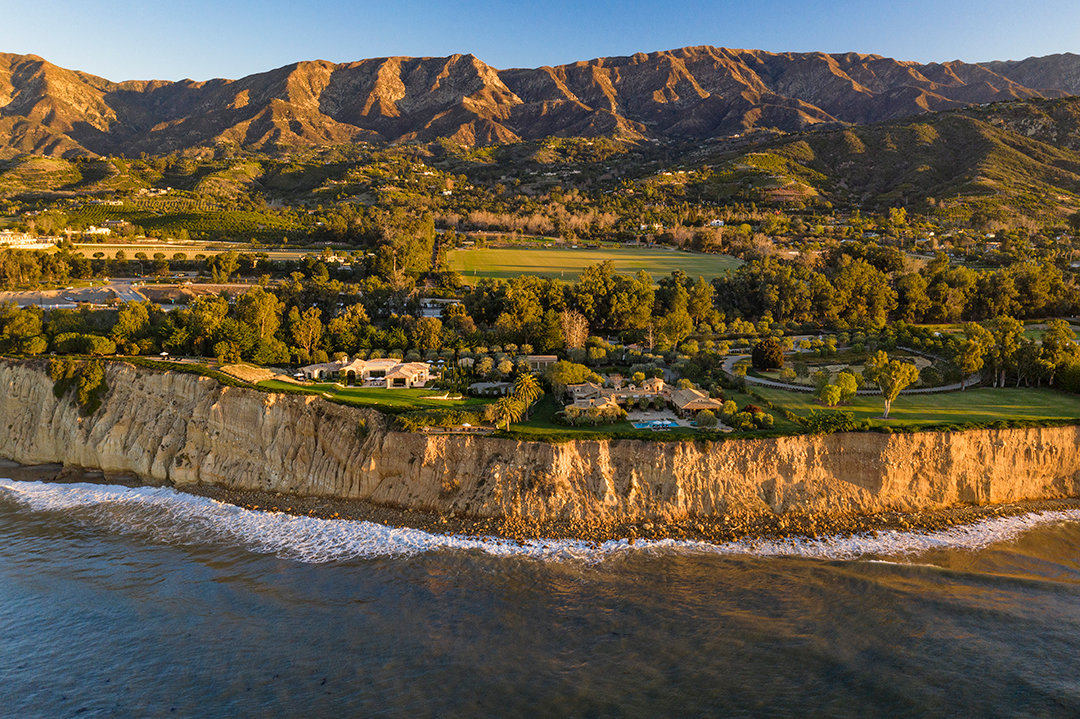 Now in business for 10 years, what has been The Agency’s biggest sale to-date?

The Umansky team has represented some of the world’s most noteworthy properties, including the Playboy Mansion, the first house in L.A. to sell above the $100M mark, Walt Disney Estate, and residences owned by Michael Jackson, Michael Jordan and Prince, to name a few. My newest listing, The Sanctuary at Loon Point, just launched and represents the highest-priced property on the market in California.

It is an extraordinary legacy property in one of the most private and desirable addresses on the Central California Coast. The property encompasses 22 oceanfront acres and 2,129 feet of coastline bluff, situated seven miles south of Santa Barbara in Carpinteria’s premier location. 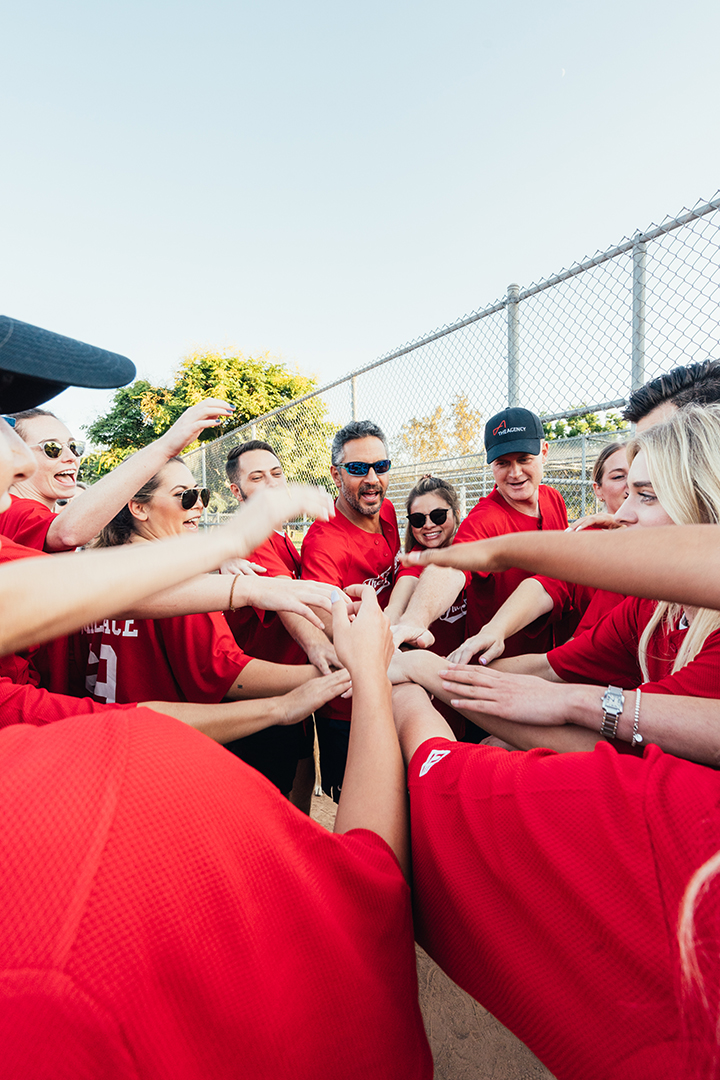 If you could describe The Agency in three words, what would they be?

Today, you have offices from Aspen to Canada to the Caribbean. What has factored into the specific places where you have expanded? What do you think about or look for?

At The Agency, our growth strategy is based on a desire to naturally foster our already collaborative culture into the strategic markets our clients invest in property such as Aspen, Los Cabos, Southern Connecticut, to name a few. People have long been buying second homes, third homes, etc. in this country and now more than ever, there’s been a tremendous amount of buyer need where people now want vacation homes, and the luxury second home market continues to explode.

In addition to strategically expanding further into these markets, we also evaluate the movement of capital and wealth based on socioeconomic factors. We believe that by partnering with the best of the best in each local market and providing them with access to The Agency’s branding and cutting-edge toolbox, we can provide a truly global reach for our agents and their clients in our existing markets. 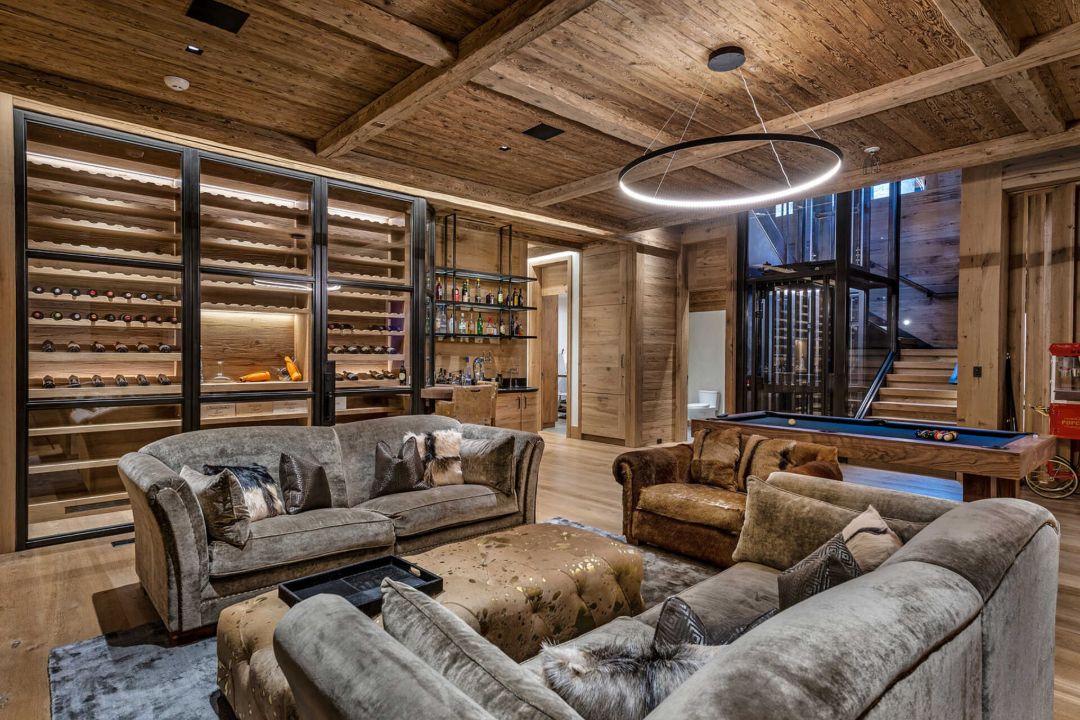 These will be The Agency’s first offices in Connecticut and New York. What excites you most about Fairfield County and the North Shore of Long Island?

Our New Canaan, CT, and North Shore, LI offices are two of our new franchises on the east coast. We are proud to welcome Cliff Smith and Todd David Miller in New Canaan and Don Mastroianni and Michael Smith of North Shore to The Agency family. We primarily look for like-minded professionals to work with who are not only well-respected and regarded in the real estate industry but also share the same vision and culture that is unique to The Agency family.

The idea of bringing The Agency to these highly-sought-after areas came at a perfect time as we were beginning to expand the brokerage into other luxury markets in strategic locations on the east coast. With Fairfield County and North Shore being in such close proximity to NYC, and both specifically being such beautiful and desirable towns, we felt very confident this was a natural fit. We couldn’t be happier with this endeavor and they have already achieved so much in the few months since launching. 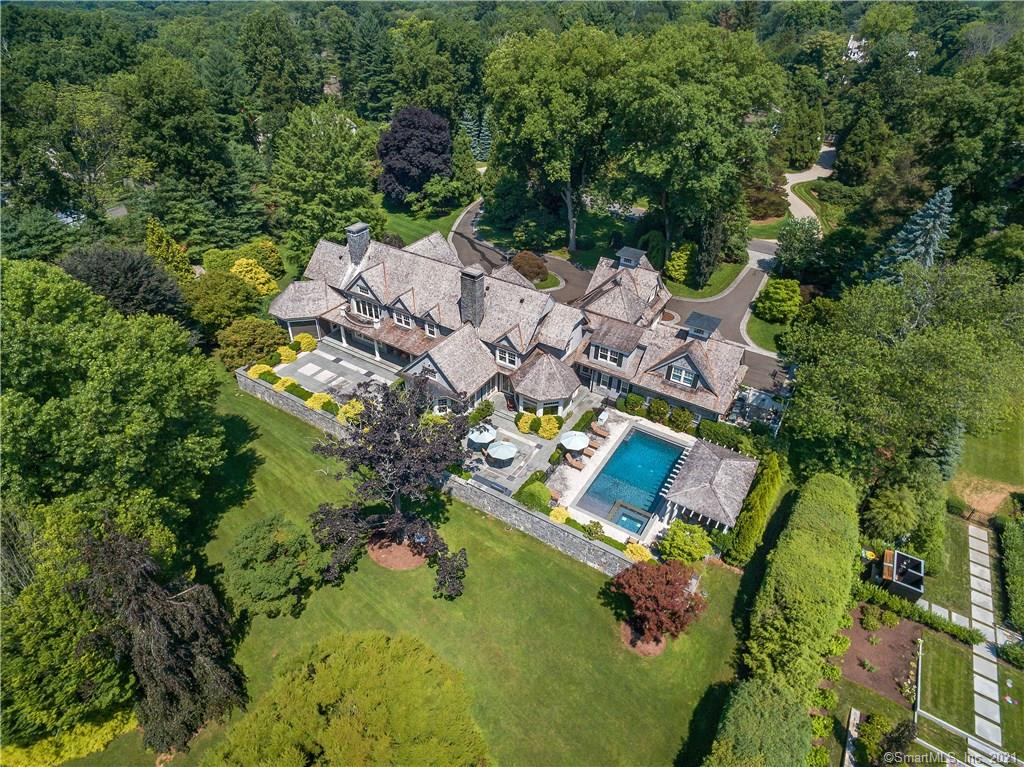 The Agency first started in Beverly Hills, but it seems you are inching toward New York City. Are there any plans to enter the NYC or Hamptons markets?

The Agency currently has expanded to more than 20 prosperous franchises nationally and internationally, and the key to our growth in 2021 is all centered around partnering up with the right professionals in our target markets. We have furthered our footprint on the east coast with offices now stretching from Boston to South Florida and the Caribbean. We’re excited about additional growth within the region and what is to come in both NYC and the Hamptons. New York City will soon follow. 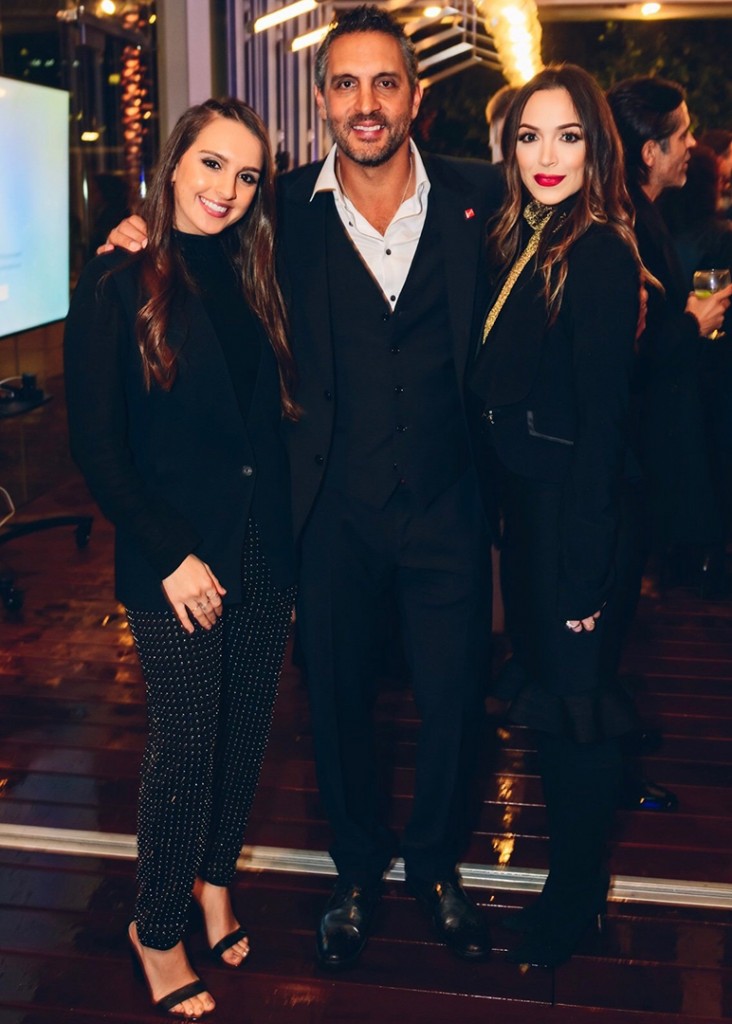 Speaking of Beverly Hills, your family has been starring on Bravo’s Real Housewives of Beverly Hills since 2010 when your wife, Kyle Richards, joined the show. After 11 years of reality TV, what do you love most about being on the show and what parts have been difficult?

Shows like Bravo’s Real Housewives of Beverly Hills and Million Dollar Listing LA have provided great exposure to The Agency. It has been fun to look back at past episodes and all the chronicles of our lives. Most recently, our youngest daughter, Portia, started watching the show for the first time and it is like a movie of her life and our family.

What is your and Kyle’s own personal home style? What are the “musts” on your list?

Having four daughters, we are a very close-knit family. Space is a must for us as well as lots of outdoor space where we can enjoy time together. Living in California, having an indoor-outdoor lifestyle allows us to truly enjoy the incredible climate we experience year-round and regularly host our family and friends. 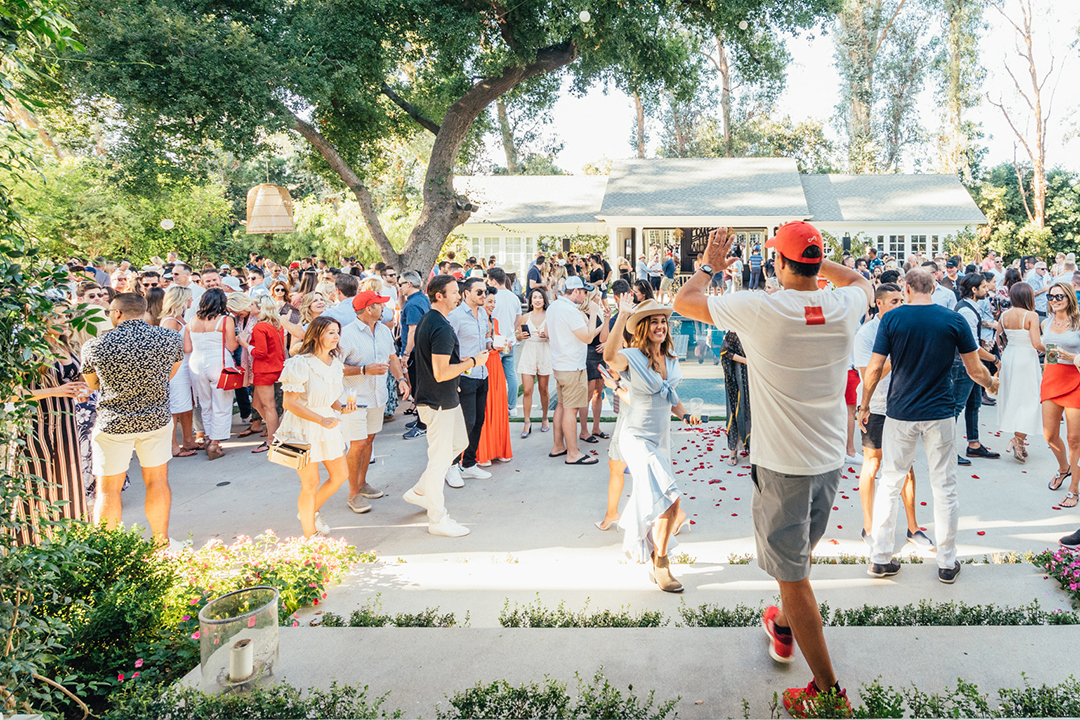 What are the key differences between the markets of Connecticut/Long Island and California right now?

Both Connecticut and Long Island are similar to California, especially in areas such as Montecito, Malibu, Palm Springs, in that they have been a mecca for buyers seeking to leave major metropolitan areas. Just like LI and CT, California has experienced unprecedented market activity since the pandemic. We anticipate markets like Long Island and Connecticut to continue to boom as people continue to work from home part or full time and can enjoy the lifestyle offerings such as a larger home, outdoor space, and the amenities of these areas compared to New York City. 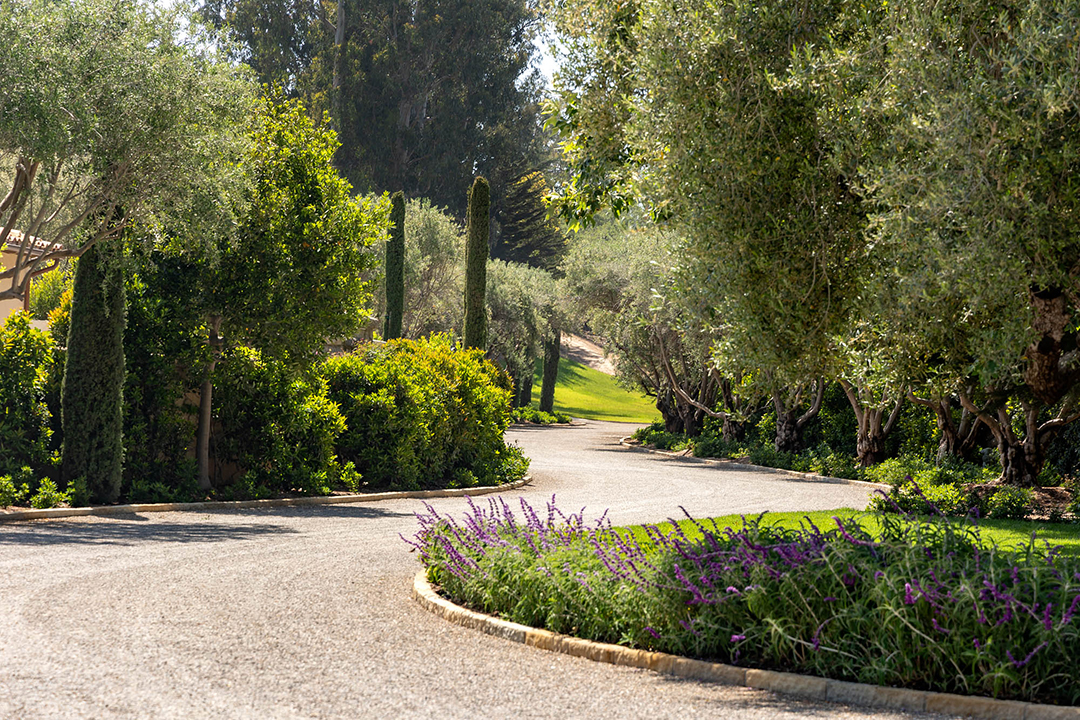 What is one piece of real estate advice you believe in that never changes, no matter the state of the market? 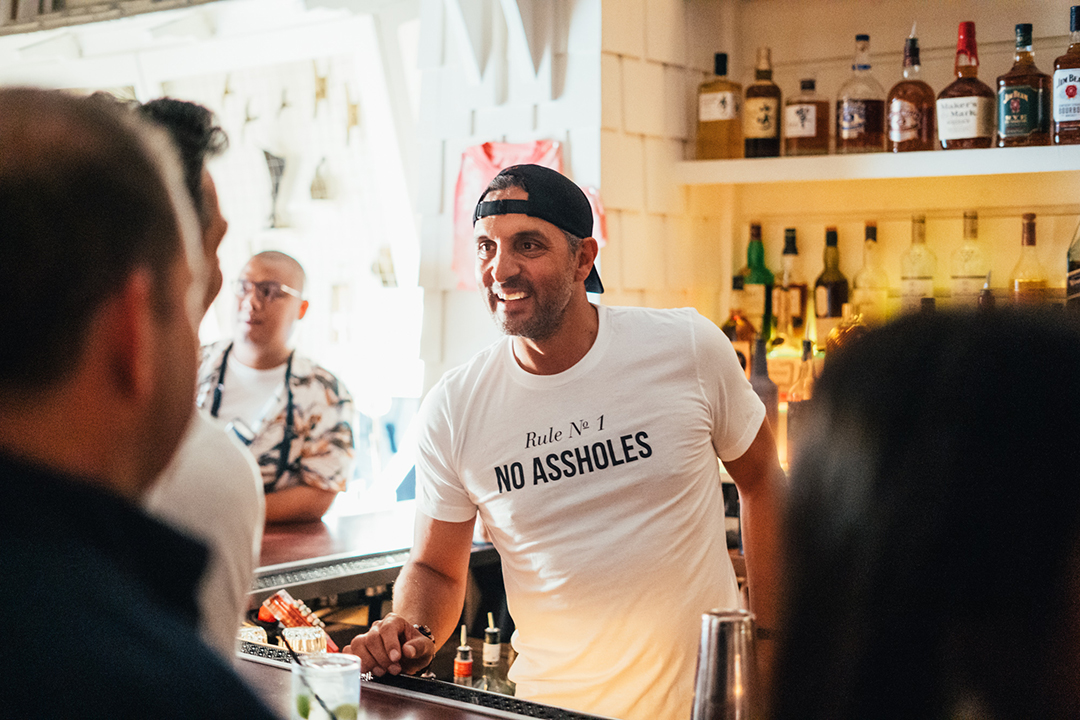 The Agency is rapidly expanding. We have plans to open our first offices in Europe, Hawaii, and other hot spots in the coming months. It is exciting to see our company grow at such a rapid pace in just a short decade. As for Bravo, you’ll have to tune in to find out!