In Kent, a Grade I estate believed to date back to the 13th century just hit the market. Made up of 137 acres and 18,862 square feet of interiors, the property’s crown jewel is Lympne Castle—an enchanting medieval structure steeped in history. Looking out to the English Channel, and to the coast of France on a clear day, the property is for sale with the guide price of £11 million, or approximately $15 million. 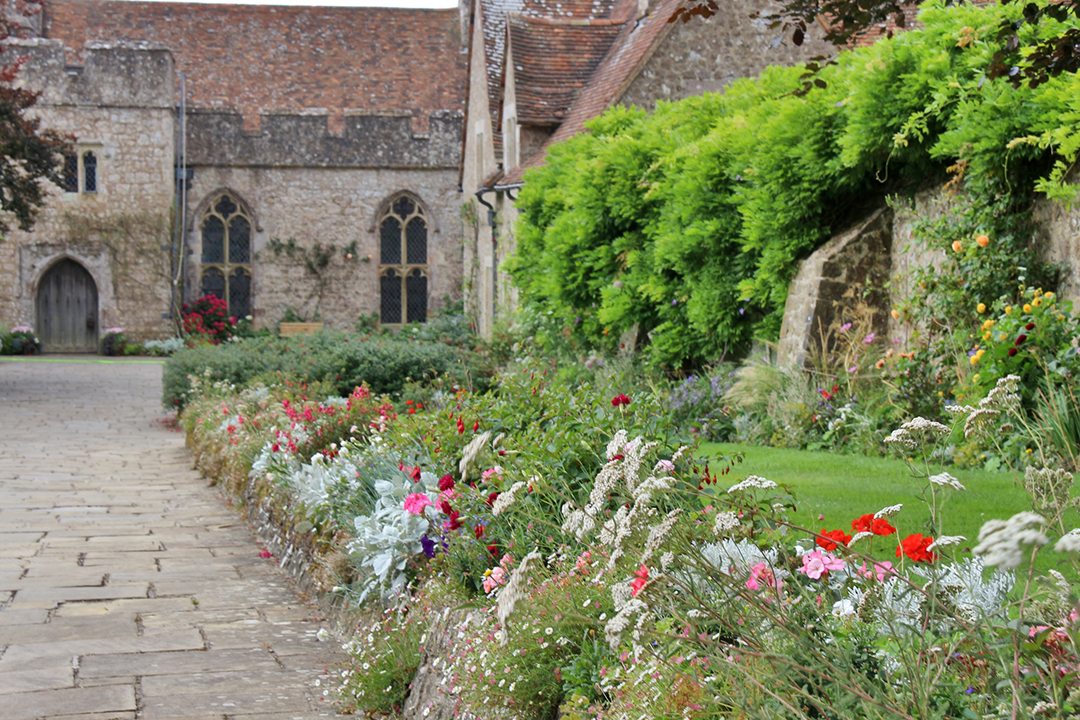 This storybook estate serves many functions today rather than being a private home. After all, it takes inventiveness and agility to run a large estate in modern times, as Downtown Abbey explored. The castle holds a wedding venue, corporate entertaining area, and function room. Once used as staff cottages, four separate houses built in 1911 can also be rented as holiday getaways. Meanwhile, the carriage store and garages were transformed into a restaurant, The Bistro.

Though it is focused on hospitality currently, Lympne Castle has lived many lives and can transform again. Many interested in buying it are considering making it into a private residence, according to the listing broker Will Peppitt of Savills. With beautiful gardens, a swimming pool, and exquisite rooms, this idea is understandably tempting. 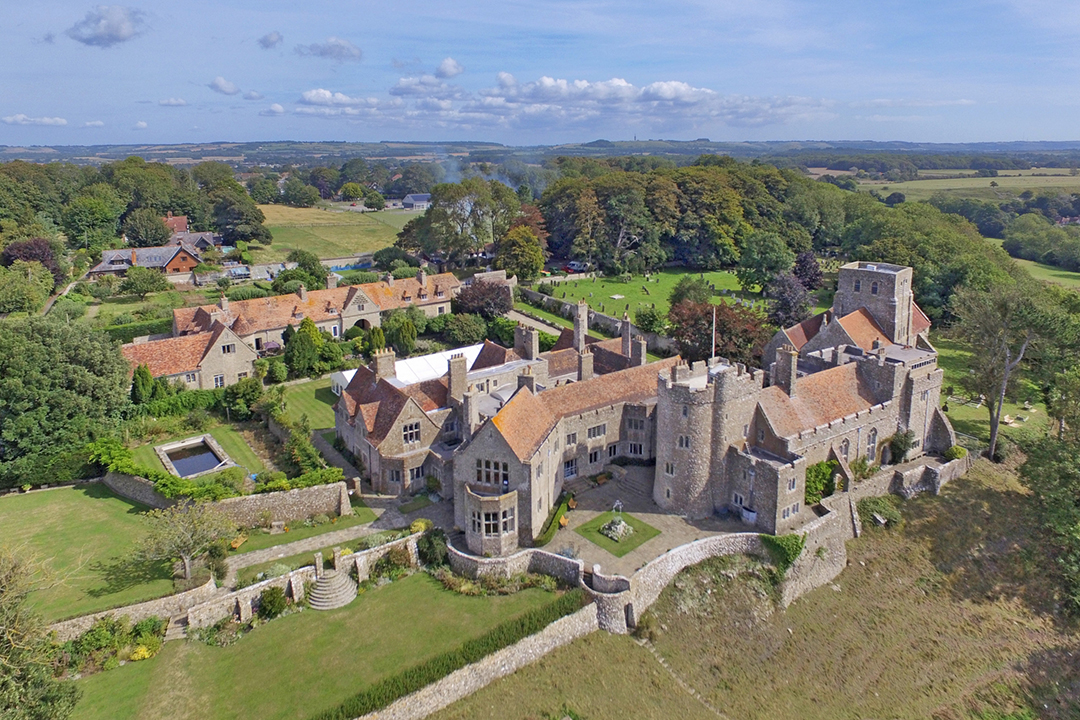 While the Kent estate’s future is the current question, its history is ever-present. A new owner may feel more like a steward than anything, and a keeper of stories. Savills shares that a Saxon abbey once stood in Lympne Castle’s place. Lanfranc, the first Norman Archbishop of Canterbury (who died in 1089), turned it into the Archdeacon’s home. By the 13th century, the residence had been added to and often played host to nobles. The archdeaconry retained ownership until 1860.

Many chapters followed, in both its design and role in history. From 1906 to 1908, Scottish architect Sir Robert Lorimer restored it and added the West Wing. During World War I, the grand spaces became accommodation for forces operating at Lympne. It was also a convalescent home for Canadian soldiers. 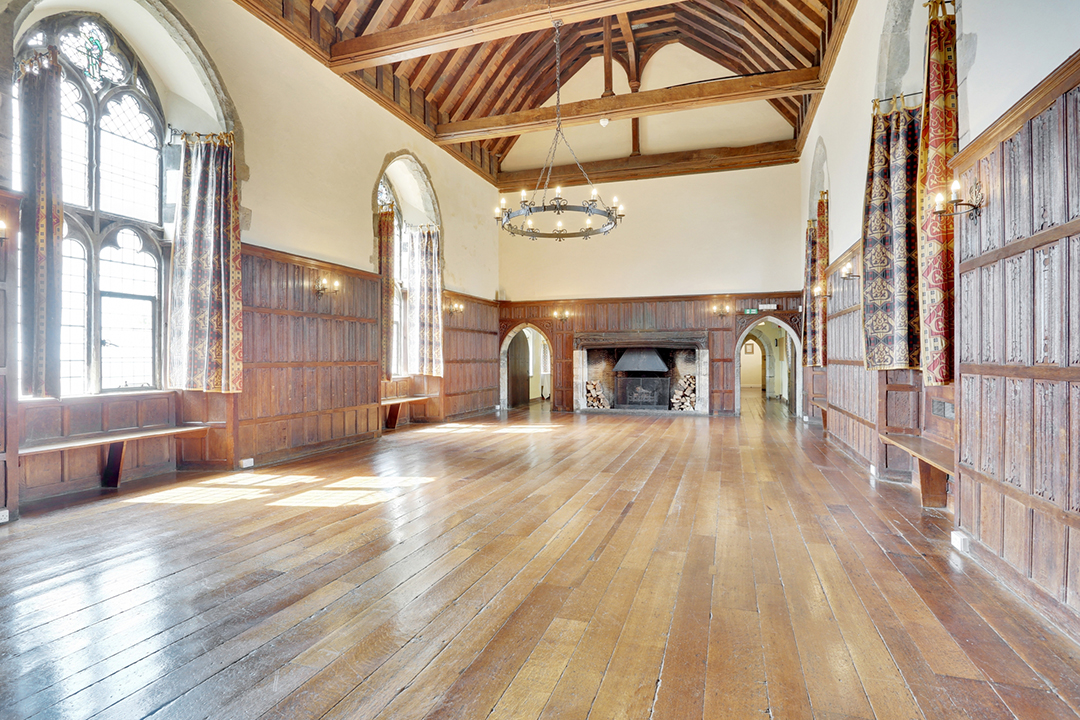 However, its more substantial military role came during World War II. Henry Beecham, brother of famous conductor Thomas Beecham, purchased the castle in 1918. Adding a lookout to the East Tower, the structure was then able to become a strategic place to watch for the launch of V1 rockets in Calais, France. Once spotted, guns could shoot them down over the bay. 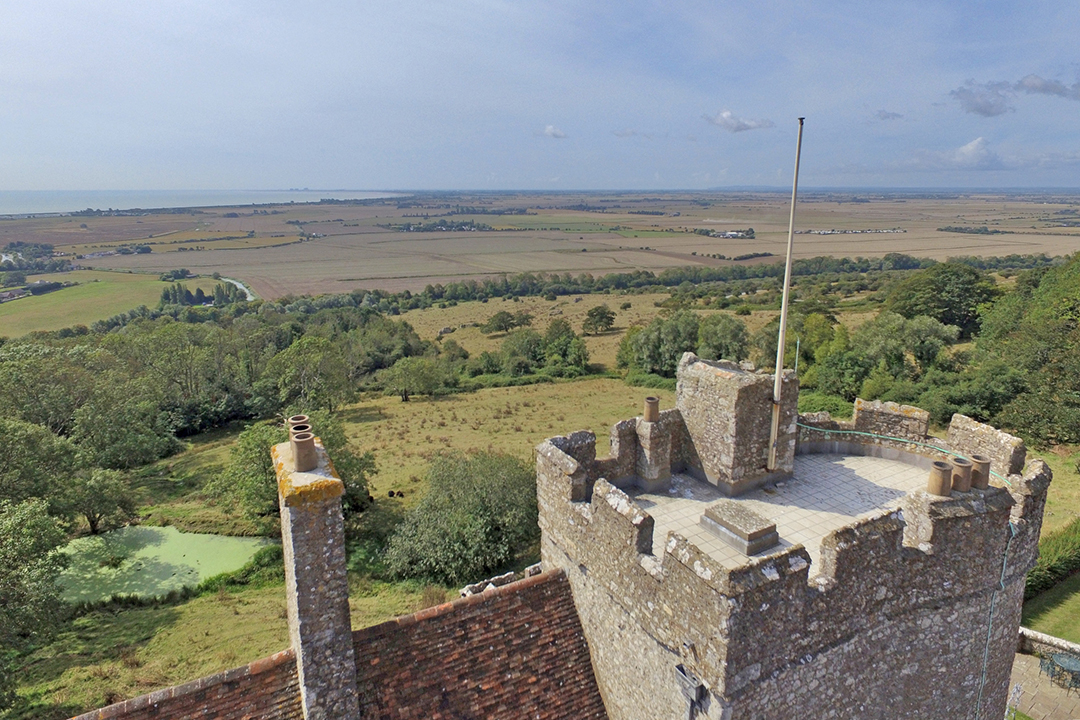 In places like the United States, buildings dating back to the 1600s or 1700s are seen as a rarity. On this side of the pond, impressive homes often have centuries of stories to tell. Whoever buys Lympne Castle will become part of a long legacy, and their name may too be carefully written in the estate’s history one day.