Comfortable and contemporary spaces, rooted in a traditional sensibility. 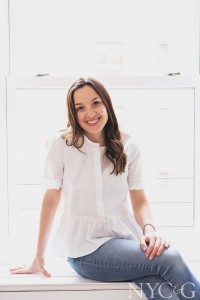 Sasha North-Clauss creates comfortable and contemporary spaces, rooted in a traditional sensibility. “I’m definitely a blue-and-white girl, and I lean toward a beachy aesthetic,” she says, “but I’ve become more open to color lately—especially in powder rooms and kids’ rooms.” Above all else, North-Clauss, a mother of two who is now based in Rye, New York strives for both luxury and livability in her interiors. 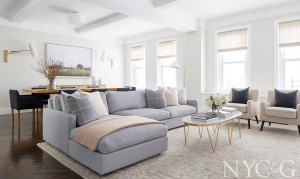 Upon graduating from Trinity College in 2008, North-Clauss did P.R. for fashion brands Coach and Henri Bendel. In 2012, during a stint in London, she enrolled in a one-year decorating program at KLC School of Design, located at the city’s Chelsea Harbour design center. 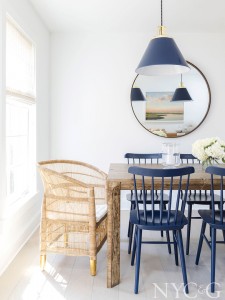 “It was a boot-camp way to throw myself into the industry, learn the basics, and meet people,” says North- Clauss, who later gained experience at English firm Taylor Howes Designs before moving back to the States with her husband and infant daughter in 2015. Two years later, she launched Sasha Meredith Designs. 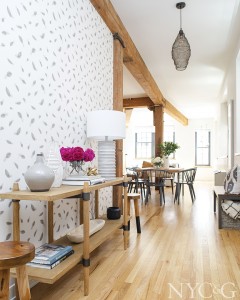 WHERE
Current commissions include a deeply textured overhaul of a two-bedroom Upper West Side apartment with a rich, dark color palette, a revamp of a family’s playroom in Rye (it’s decked out with a wall-to-wall navy antelope-print carpet and custom built-ins), and a gut renovation of a 4,600-square-foot home in Armonk, which features double-height ceilings and lighting from Ochre in the entry. 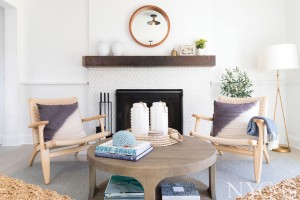 “No two projects are the same,” says North-Clauss, “so I am constantly motivated and reenergized.”