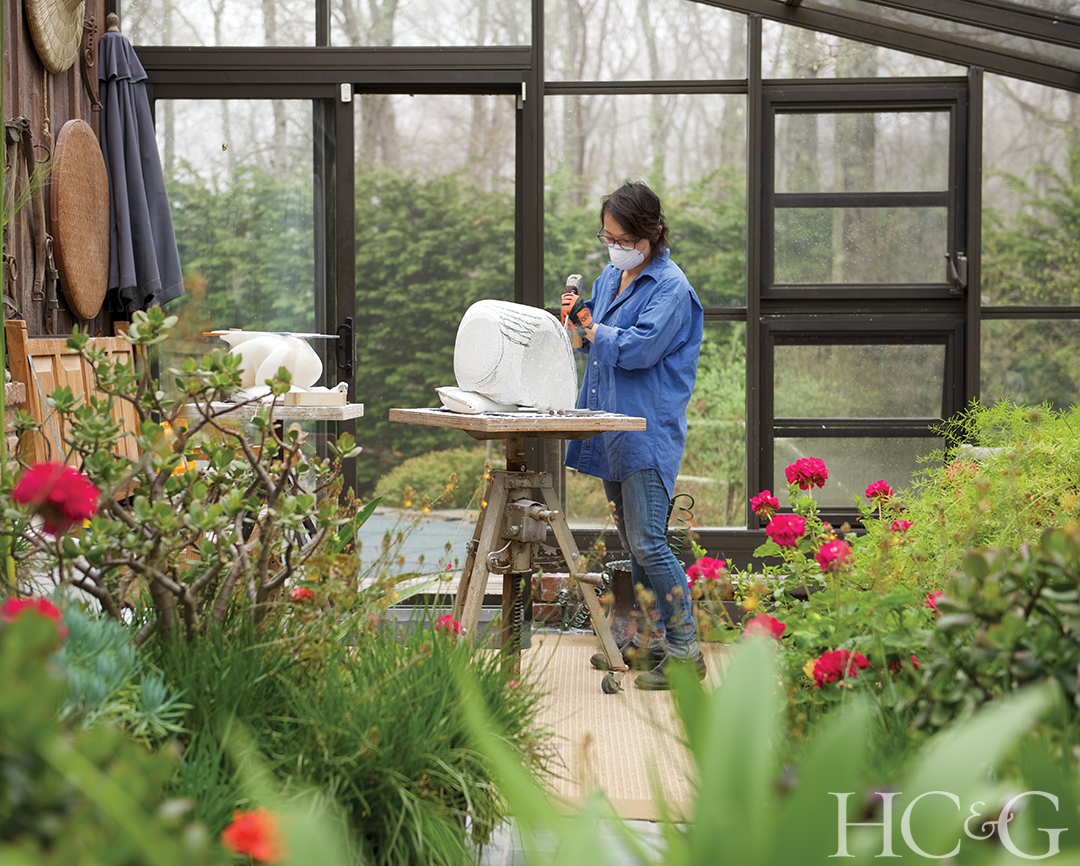 At any given time, a handful of rough-edged alabaster stones weighing nearly 100 pounds each can be found in Aya Miyatake’s residence and studio in East Hampton. Over the course of several months, she transforms these raw boulders into perfectly smooth sculptures. But their simplicity is deceiving. “Carving doesn’t allow for total control,” says Miyatake. “The stones are a product of nature, so something unexpected can always happen—which is challenging, but I enjoy the surprise.”

Born on the Japanese island of Shikoku, Miyatake studied visual arts at Kyoto University of Art & Design. “I wanted to get out of my small town and see what was out there,” she recalls. “To me, art was a way to explore.” While in school, Miyatake met a professor from the former Southampton College (now part of Stony Brook University) who told her about an opportunity to take English classes Stateside. Upon graduating in 1998, she moved to New York and headed to the Hamptons. “I was so nervous. I was only 23 years old and didn’t know anyone.” 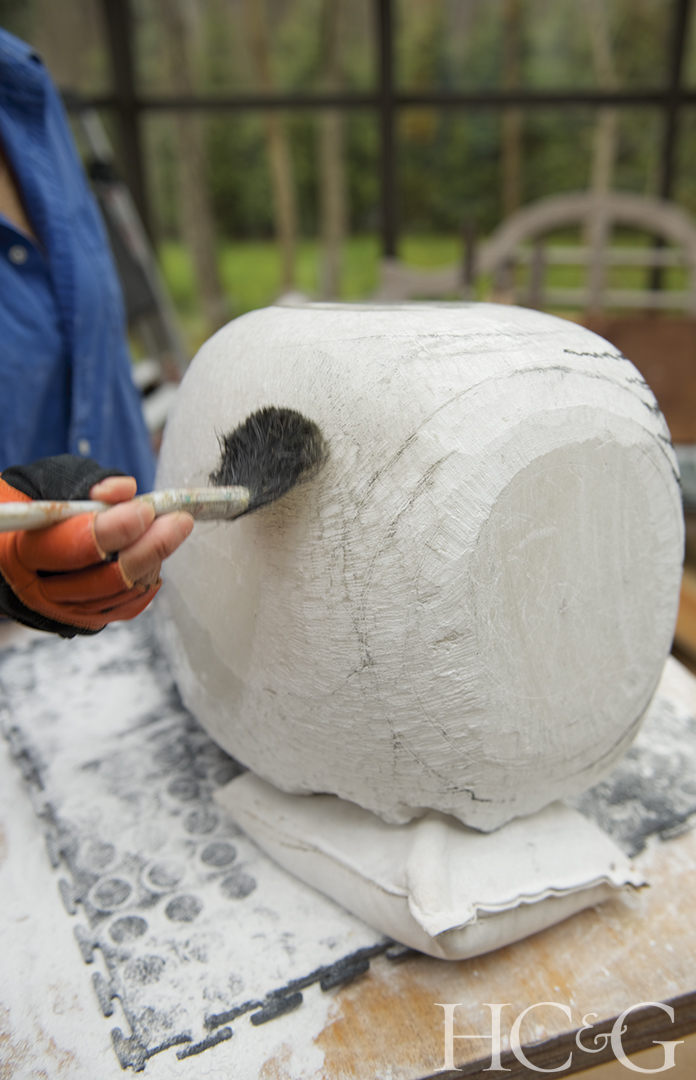 While studying English, Miyatake also took a variety of art courses, including stone carving, and quickly became hooked. “I’ve always enjoyed how slow the process is,” she says. “With photography, for instance, it takes only a few seconds to produce a print. But because carving takes such a long time, there’s an opportunity to form a relationship with the material.”

Miyatake, who also works as an assistant to other artists and recently exhibited her pieces in a group show at East Hampton’s Drawing Room, buys raw stones from a supplier in Manhattan, taking care to avoid specimens with cracks, which can complicate the carving process. In her East Hampton workspace, she scrutinizes every detail of each boulder and marks her potential cuts with charcoal. “I will have an idea in mind, but sometimes I’ll find an imperfection in the rock that I need to remove, which changes the shape.” Sculpting a single stone with a hammer and a chisel can take anywhere from three to six months. “Once you make a cut, you can’t go back. But that’s the best part of the process because you have to work with the cuts you make.” As a final step, she smooths out the surface with a metal file and sandpaper and then polishes the stone. “When it absorbs the light, its striations appear. Uncovering those intricate lines is a true revelation.”

A version of this article appeared in the July 1, 2017 issue of HC&G (Hamptons Cottages & Gardens) with the headline: Translucent Beauties.