Making sculptural works from an array of mixed media. 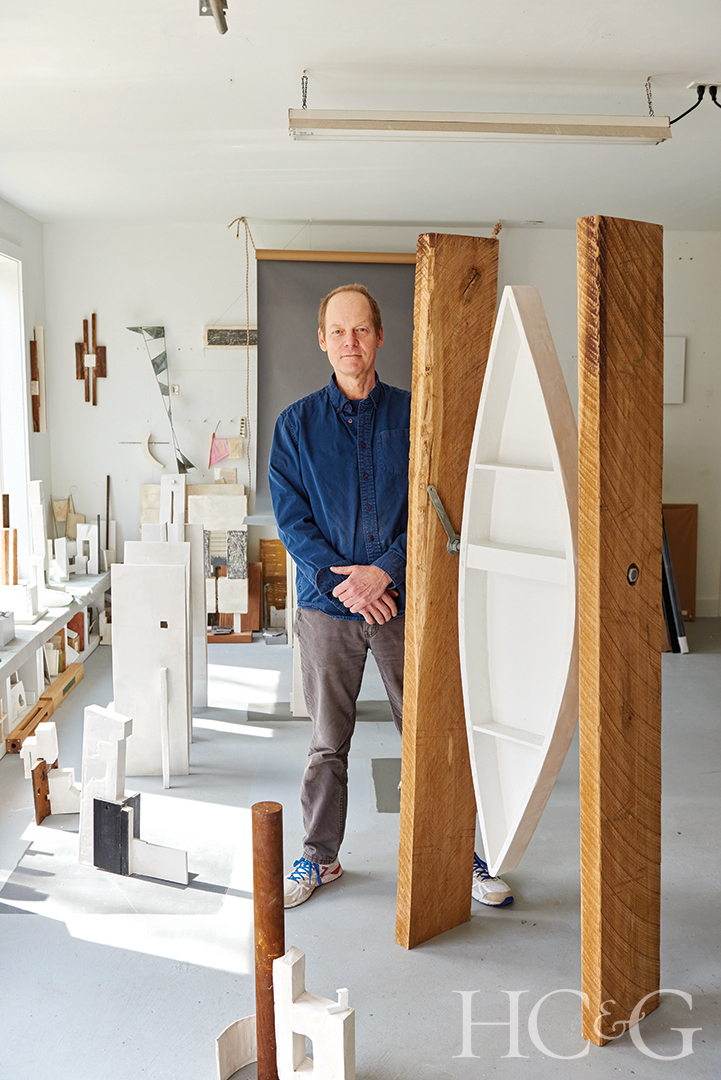 Mark Webber practices two very different kinds of work. His vocation: custom cabinetry fabricated for high-end Hamptons homes. His avocation: sculptures made with Hydrocal, a plaster-like material, and a mélange of found objects from construction sites and other sources. Although these two endeavors are vastly disparate, both are rooted in the art of fabrication. “There’s a craftsmanship aspect to cabinetmaking, whereas sculpture requires you to be more creative,” says Webber, a Connecticut native and longtime resident of Sag Harbor. “Sculpture does not have an inherent purpose, like a cabinet does. I have to think about different things when I’m making either one.” 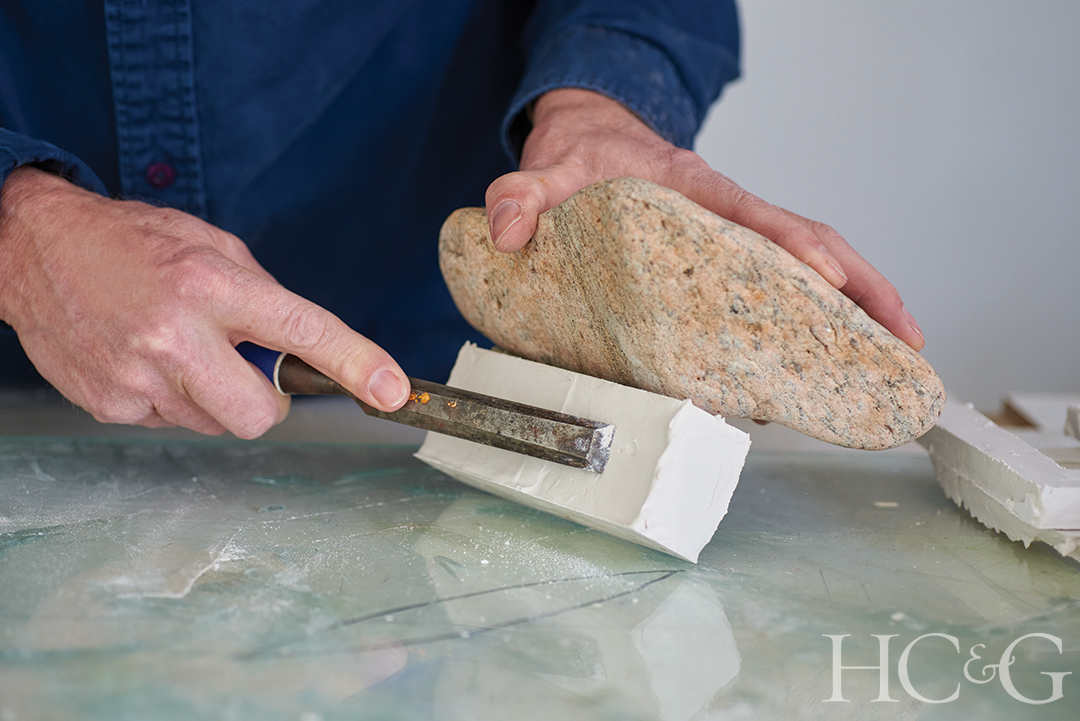 Webber graduated with a Bachelor of Fine Arts degree from SUNY Purchase in 1980, but soon shifted his focus to cabinetmaking to make a living. Around five years ago, however, he decided to “acknowledge my creativity again” and began experimenting with sculpture. He started working on wooden forms before transitioning to plaster and, more recently, Hydrocal, which he casts or shapes with hand tools, such as spatulas and knives. “All those years as a cabinetmaker gave me a solid base from which to start making sculpture,” Webber says. “It was like my springboard back into fine arts.” He has lately been pushing the boundaries of his pieces further, incorporating found objects— steel scraps, bricks, rubber—in order to bring a sense of tension and balance or create “an interesting compositional relationship.”

An avid sailor and kayaker, Webber lets each design unfold naturally. “I find myself trying new things,” he says, “when I allow the process of discovery to take over.” Case in point: A recent piece exhibited earlier this year in SoHo began with twisted rubber left over from a cabinetry commission. After covering it in fiberglass tape to create an internal structure, Webber slathered Hydrocal on the surface with a spackling knife. Next, he affixed a stone to it with industrial adhesive and freshly applied Hydrocal. “A piece works really well when it looks very simple,” he muses. “That simplicity is its beauty.” 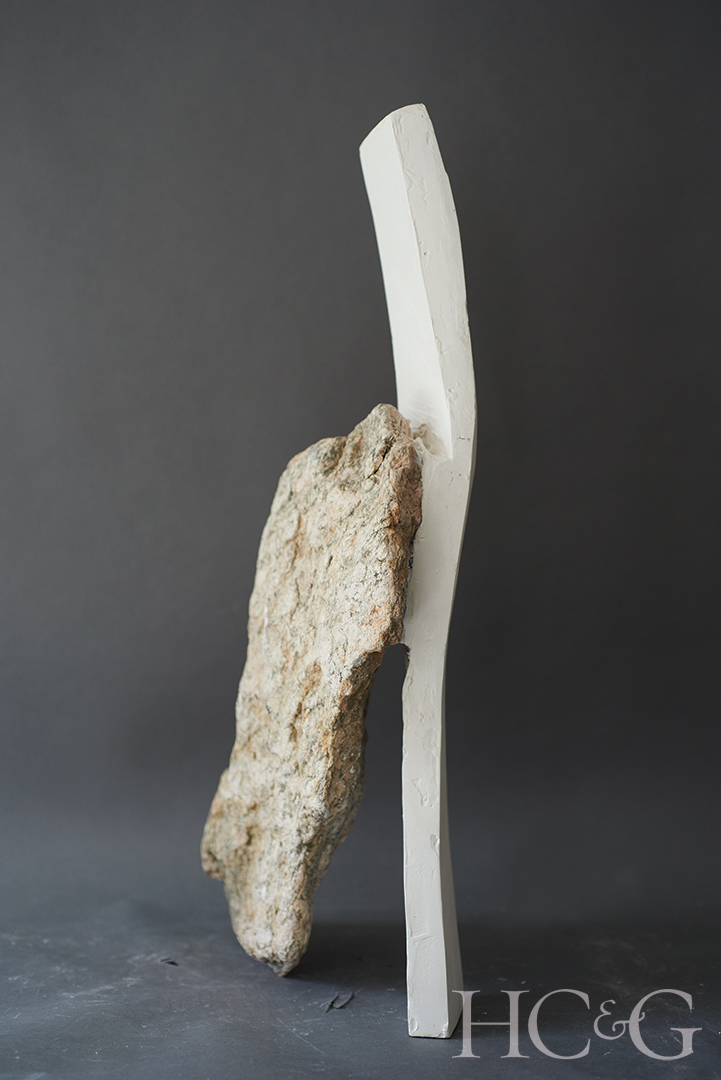 The print version of this article appeared with the headline: Material Guy.

This article appears in the July 2020 issue of HC&G (Hamptons Cottages & Gardens).

Learn How Keith Peripont Earned the Title of the "Dahlia Lama"

See Inside a Vibrant Art Show at The Madoo Conservancy

Sitting quietly in the landscape, this home honors the site's agrarian past.