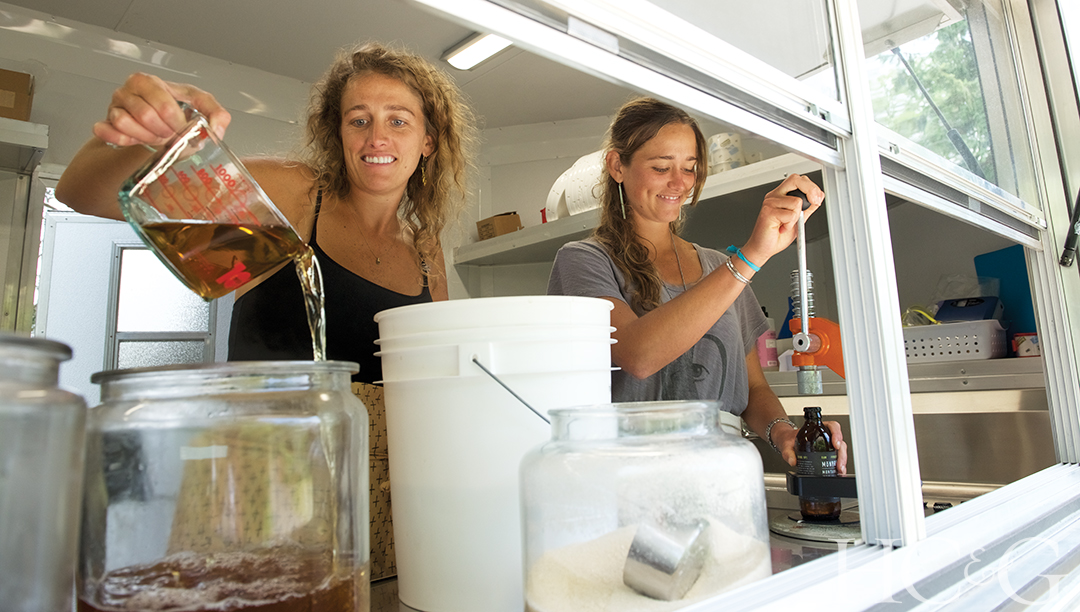 In January 2016, after flying to Australia for a two-month post-graduation excursion, Molly Nolan became hooked on kombucha. The fizzy fermented tea, which contains B vitamins and probiotics, among other nutrients, made the Montauk native feel “refreshed and energized—like an afternoon pick-me-up,” recalls Molly, a registered dietitian who holds bachelor’s and master’s degrees in nutrition from Cornell University and New York University, respectively. “At the time, I had been thinking, What am I going to do with the rest of my life? And after trying kombucha, I spent the entire trip brainstorming a way to work with it at home.” When the 25-year-old returned to Montauk, she applied to be a vendor at the village’s farmers’ market and began perfecting her own recipe of the centuries-old Chinese beverage, which she christened Monbrewcha. “While traveling, I had researched how the drink is made. I viewed the farmers’ market as a trial to see if this was something I could turn into a business.” 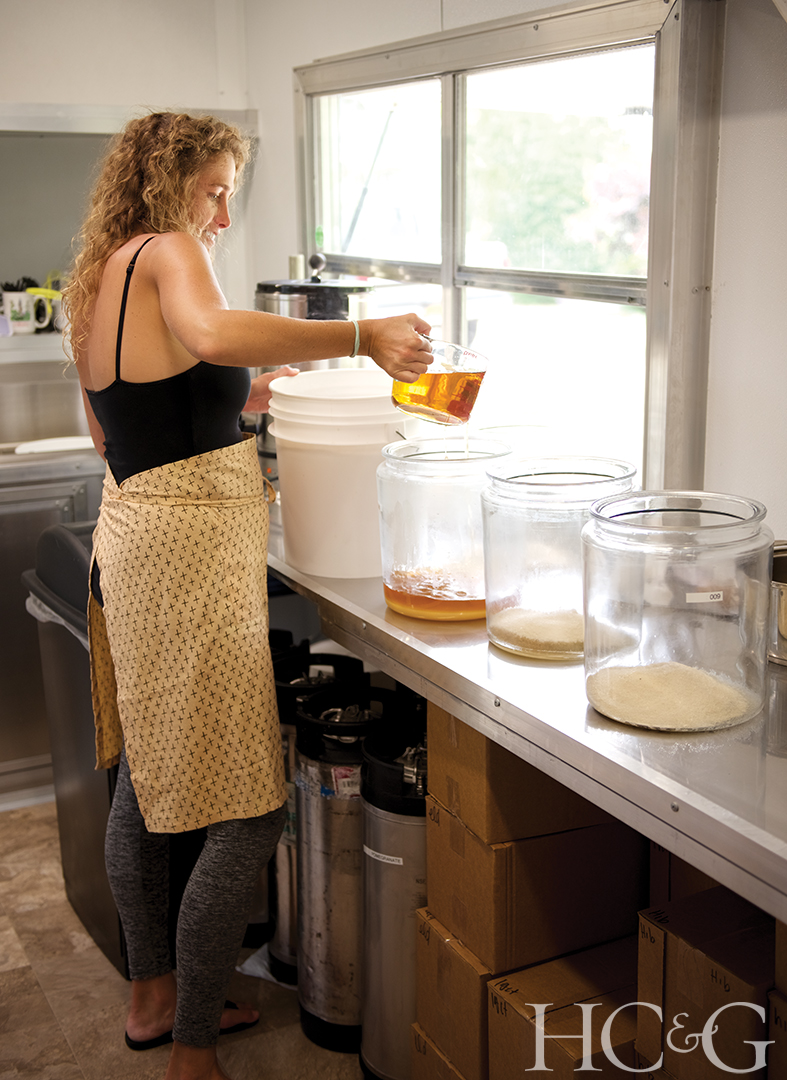 After a successful run at the farmers’ market and an expanding distribution to local coffee shops (Monbrewcha is also carried by Citarella and Mary’s Marvelous), Molly’s sister, Jean, came on board. “I’ve always loved kombucha, and I believed in Molly’s idea,” says Jean. Three months ago, the sisters purchased a trailer specifically designed for food preparation, where they currently produce Monbrewcha in small batches. To begin, they boil eight gallons of water in commercial-grade stainless-steel vessels, then pour it into buckets, in which they steep bags of organic black, green, and oolong tea for five to 10 minutes. After allowing the tea to cool, they pour four-cup portions into large glass vessels and mix in raw sugarcane. Room-temperature water is added next, along with leftover kombucha from previous batches (it helps keep the pH level low) and a pancake-shaped symbiotic culture of bacteria and yeast (SCOBY), which aids in the fermenting process. “Kombucha offers different benefits compared to tea because it’s fermented,” explains Molly. “The process yields a tangy, vinegar-like drink packed with bacteria, yeast, organic acids, enzymes, and B vitamins.”

During fermentation, each vessel is covered with a paper towel, secured with a rubber band, and left to sit for seven days. To create an optimal environment, the sisters keep the trailer at 85 degrees and line the shelves that hold the glass vessels with heating pads. Once the kombucha is ready, they do a taste test, check the pH level for proper acidity, and then flavor it with dried flowers, like elderberry and hibiscus, or spices. After it is infused and strained, the finished tea is transferred into individual glass bottles, which are secured with metal twist-off caps. “We put a lot of time into running this business,” says Jean, “so it’s really nice to be able to do it together. It doesn’t even feel like work.”

A version of this article appeared in the August 1, 2017 issue of HC&G (Hamptons Cottages & Gardens) with the headline: Brewmasters.

This article appears in the August-1 2017 issue of HC&G (Hamptons Cottages & Gardens).