WHO: Growing up in India, Rajni Alex longed to see the world. At 22 years old, she left the country for the first time and moved to Singapore to become a flight attendant. “It was my chance to experience different cultures and find out what else was out there,” she says.

WHAT: Smart interiors with global flair. Alex often amps up her predominantly neutral spaces with international accents, from vibrant accessories to patterned textiles to chinoiserie. “India is a land of color, and you’ll see references to that in my work,” the designer says. “But I use it with restraint.”

WHEN: After living in Singapore for nearly three years, Alex moved to New York in 2001 to join her now-husband and enrolled in a marketing MBA program at Pace University, although she “later realized I wouldn’t be happy in that field.” In 2004, a friend who was working for decorator Brian J. McCarthy suggested that she apply for an entry-level position at the firm. “Interior design had never been in my vocabulary, but I’ve always been drawn to form, color, and architecture,” says Alex, who left in 2006 to focus on her family and slowly got back into the game in the years that followed. She launched her own company in 2013. 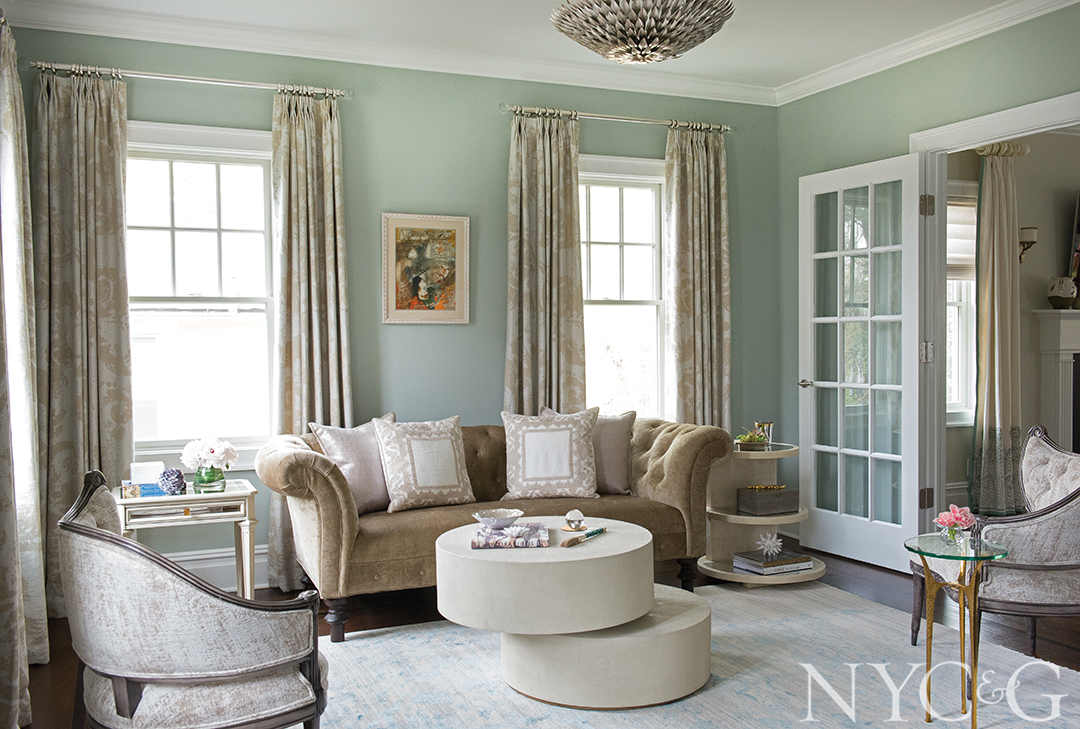 WHERE: The Bronxville-based designer is gut-renovating a 5,000-square-foot home in Pelham, which she is filling with glamorous touches like lacquered kitchen cabinetry and a “Great Gatsby–esque” wallpaper in the powder room. Meanwhile, she’s going more contemporary in a nearby Tudor. “The only thing that’s traditional is the architecture itself.”

WHY: “Designing a room is like doing a puzzle,” says Alex. “The end result makes it so worthwhile.”

A version of this article appeared in the March 2018 issue of NYC&G (New York Cottages & Gardens) with the headline: Rising Star: Rajni Alex.