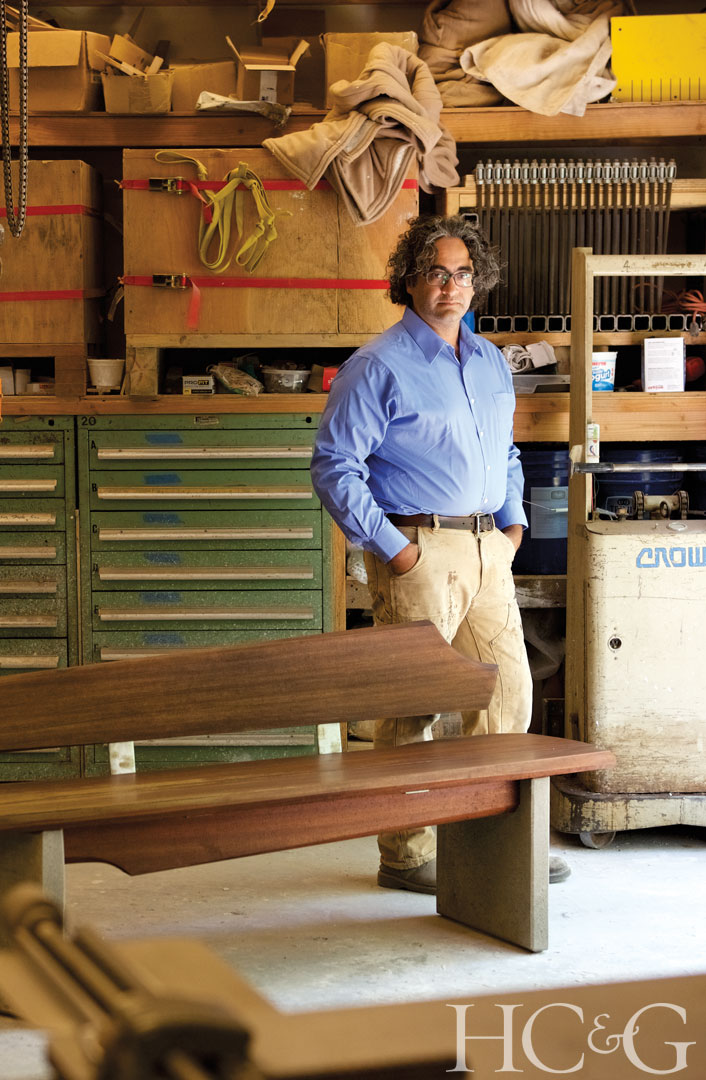 Nico Yektai was born to make art. A Sag Harbor–based furniture designer and sculptor, he came by his creative bent honestly: His father is abstract expressionist painter and poet Manoucher Yektai, and his mother is author and illustrator Niki Yektai.

The younger Yektai, who studied art history at Hobart College and later attended the School of American Craft at the Rochester Institute of Technology, has been constructing handmade art furniture for the past 20 years. His pieces, typically in concrete and wood, have been displayed at Guild Hall, the Parrish Art Museum, and LongHouse Reserve, among other venues.

The artisan’s creative process is one of complete immersion. “I like to build an intimate relationship with the material first,” says Yektai, who typically studies textbook applications before expanding on them with his own designs. “Then, I’ll focus on the immediate need and function of a piece, which organizes its construction. From there, I’ll make my own tweaks, pulling it out of its conventional place. I want to be respectful, but original.” 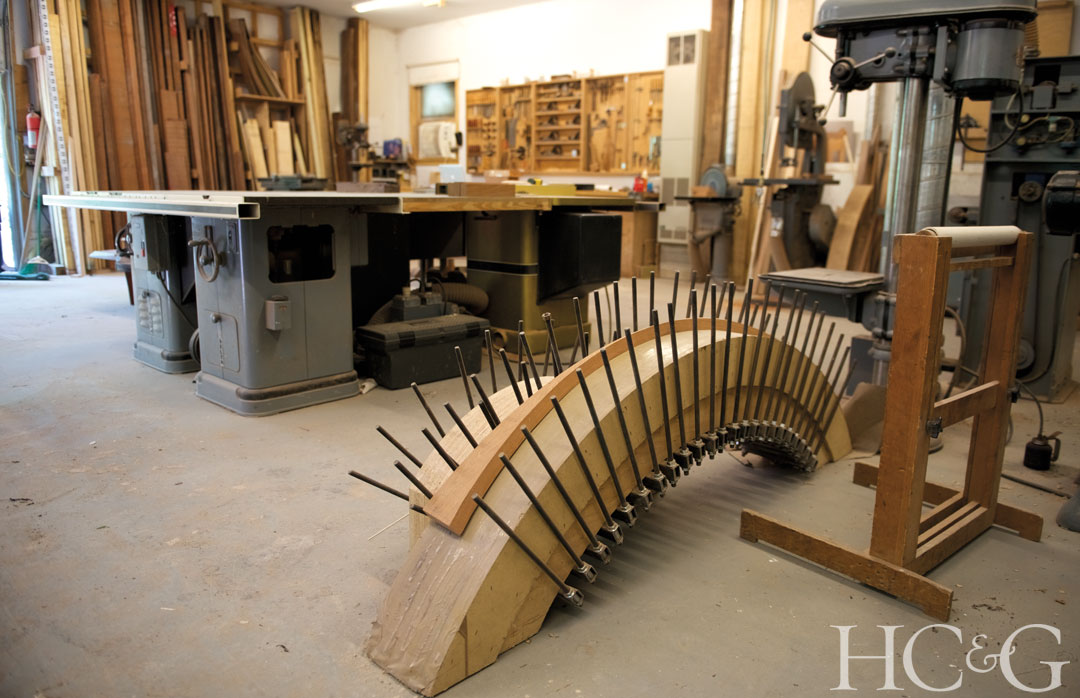 He often roughly sketches out an idea for a new creation, but small-scale models that he builds at the beginning stages ultimately inform the end result. Roughing out the models not only helps him understand how pieces might evolve, but also gives him the opportunity for client feedback and collaboration. “I’m a sculptor and object maker, more than a ‘two-dimension’ person,” says Yektai. “You have to know what you’re doing, but you also need to know that you have endless freedom of composition. You never know what anomaly or imperfection you’ll discover once you start the process. I like to be open to those surprises.” 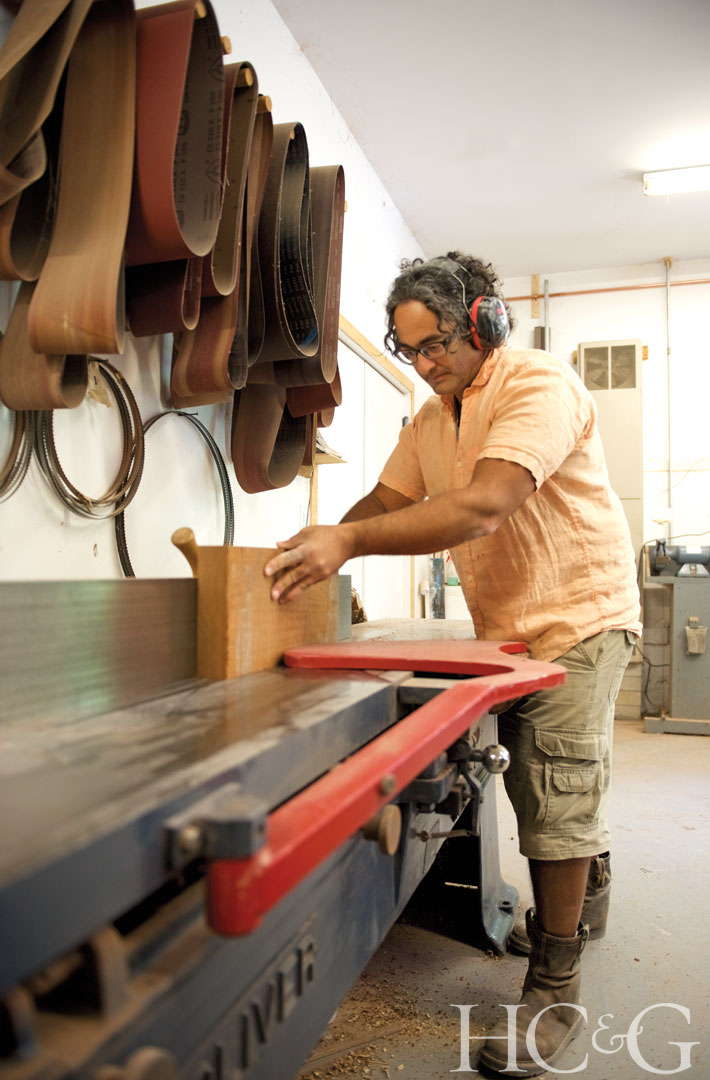 After the model-making stage, Yektai “dresses” his boards, taking the wood he’s going to use for his furniture from rough cuts, then milling and flattening it with a joiner, planer, and other tools before sanding it down. Cement-making and pouring calls for a different set of skills, although he follows a similarly straightforward sequence: casting, forming, finishing, and sealing to arrive at the final product.

Frequently sketching on wood with a pencil as he works, Yektai envisions how component parts will fit together, always leaving room for spontaneity and never using nails—only screws and other joining techniques, such as dovetail joints for drawers or mortise and tenon for legs. And just because he approaches furniture-making as art, it doesn’t mean that function goes out the window. His work, he says, is all about “appropriate craftsmanship,” meaning that he’s not going to get hung up on making the most perfect dovetail joint ever created. “I don’t think anybody but the nerdiest woodworker cares about unnecessary craftsmanship,” he says. “For me, it’s all about giving breathing room to the composition. A piece of furniture should be usable and utile, but it can also be a unique piece of art.”

A version of this article appeared in the August 15, 2016 issue of HC&G (Hamptons Cottages & Gardens) with the headline: Shop Class.