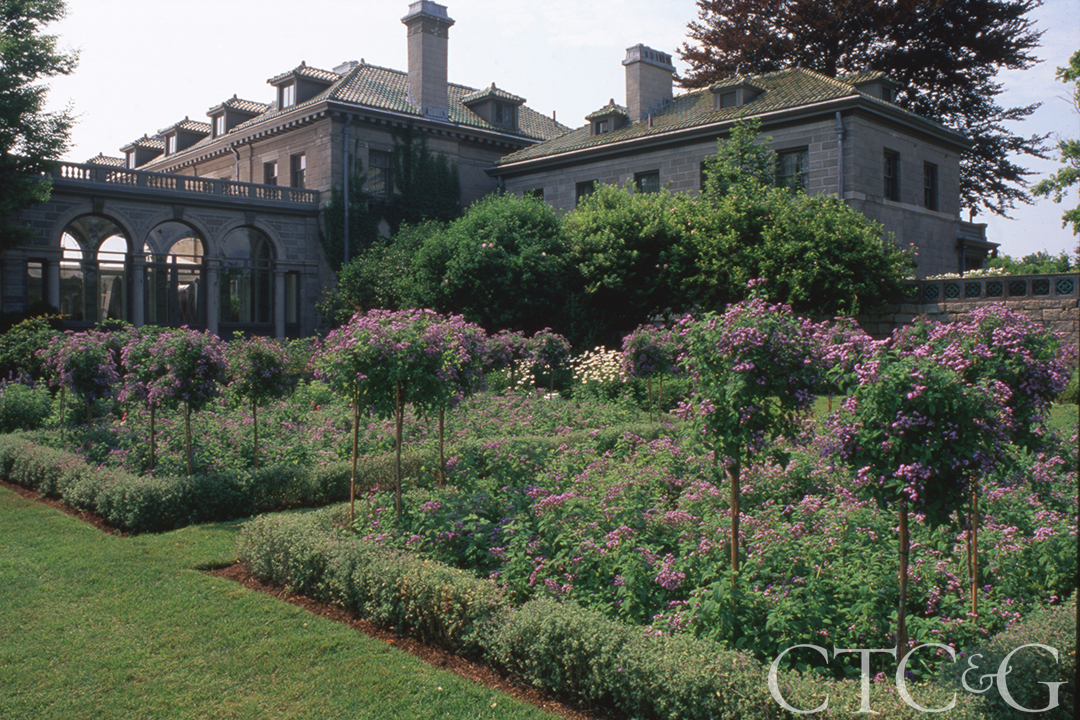 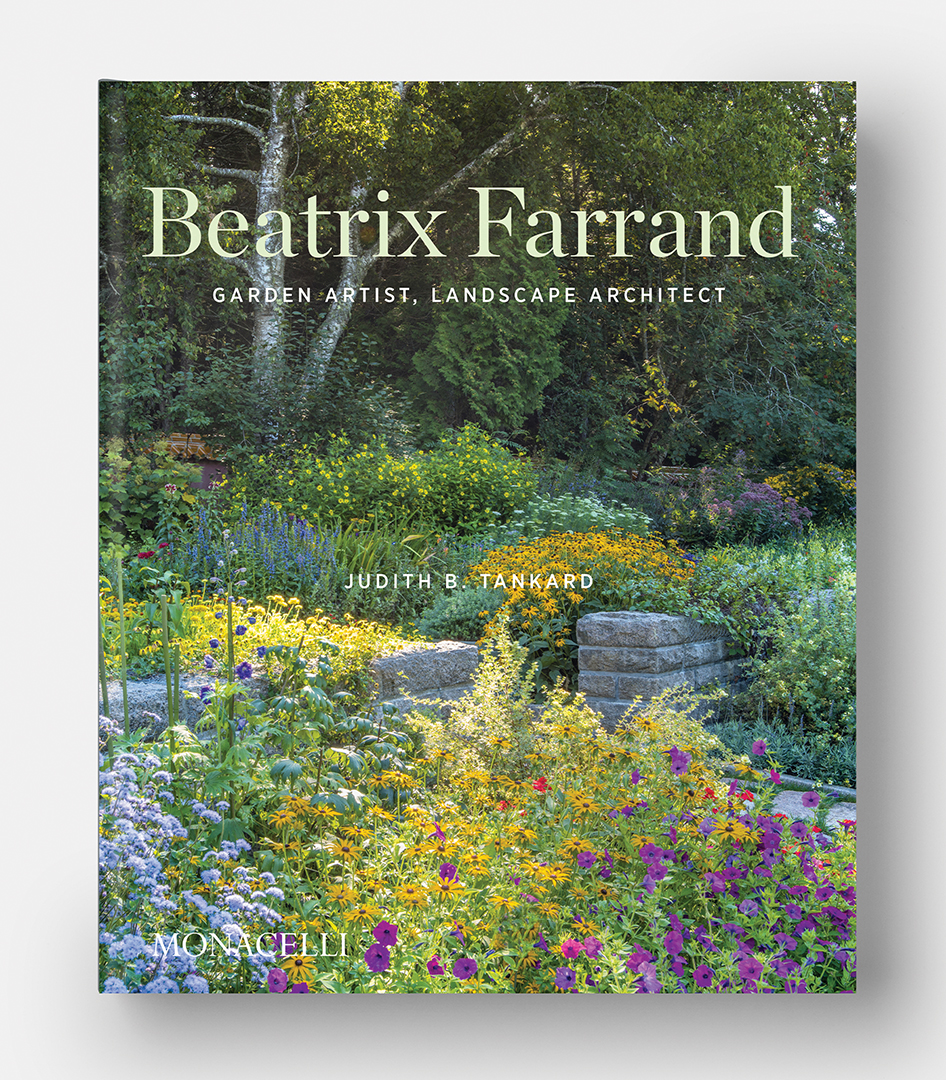 A traditional walled garden near Bridgewater, a small sunken garden near Hartford, and the grand gardens complementing the mansion in Waterford’s Harkness Memorial State Park are treasured restorations of the work of Beatrix Jones Farrand. A member of elite 19th-century society and a niece of Edith Wharton, Farrand defied convention and opted for a career. Fond of plants from a young age, she studied botany, surveying and horticulture at Boston’s Arnold Arboretum. She also traveled extensively, visiting renowned gardens all over Europe where she was influenced by works of André Le Nôtre, Gertrude Jekyll and William Robinson.

Commissioned to landscape estates for members of her illustrious social circle, she developed her signature style, combining picturesque beauty with the formal tradition of European gardens. At age 27, she was the only female founding member of the American Society of Landscape Architects. She went on to write extensively and expanded to landscaping public parks and campuses working at the White House, Princeton University and Yale’s Harkness Memorial Quadrangle. 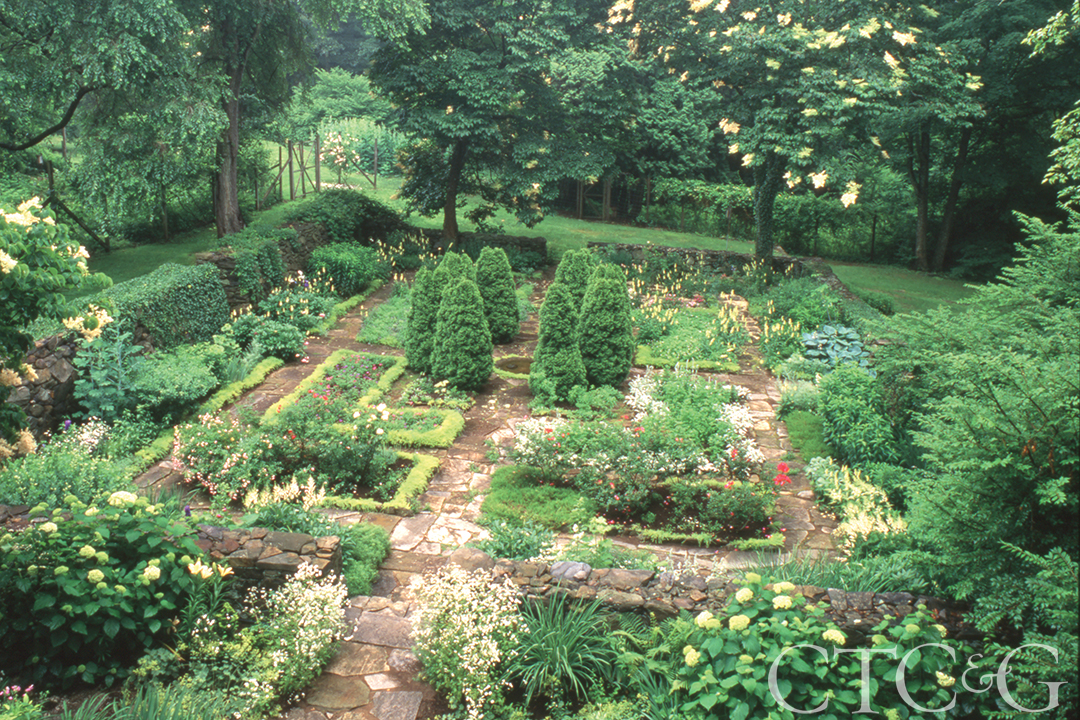 Requiring high maintenance, many of her designs have been neglected and lost, but the restored examples in Connecticut illustrate facets of her creative approach. The walled garden at Three Rivers Farm had totally overgrown when preservationists tracing its stonework found a variation on a frequent theme: a rectangular plot around a central pool, with fieldstone paths dividing it into beds planted with classic New England tulips, verbena, roses and phlox. Hollyhocks, peonies and other taller plants follow the stone walls with masses of gray foliage complementing the soft color of the stone.

At Hill-Stead in Farmington, Farrand designed plantings that blossomed from spring through autumn. The sunken plots in an octagonal shape were configured into 36 components with flowers selected in colors to complement the collection of French Impressionist paintings displayed within the house, now a museum. 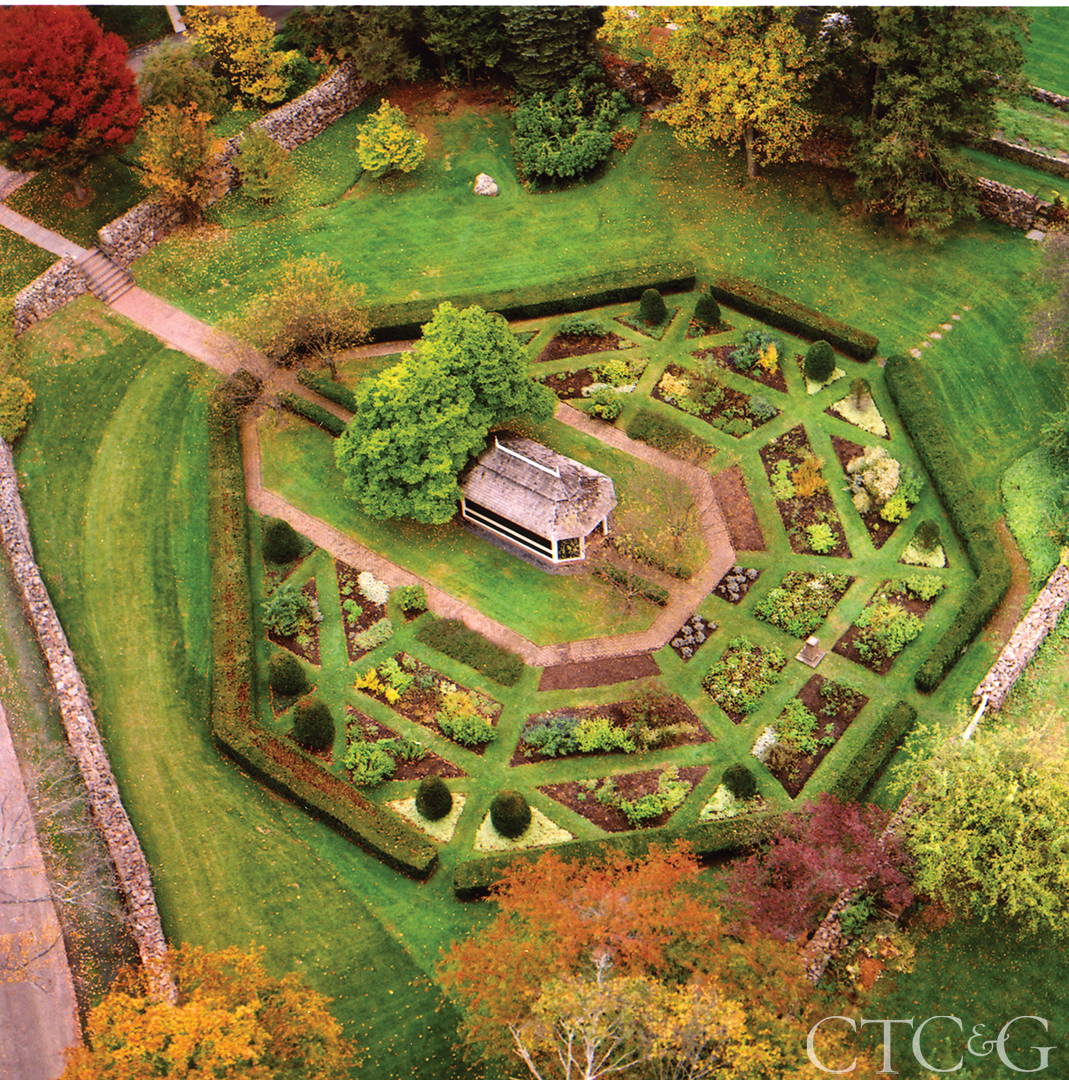 Hill-Stead, from the Hill-Stead Museum Archives by Jerry L. Thompson

The gardens at the Harkness mansion Eolia show Farrand’s expertise in layered planting and were among her grandest creations. Visitors can view the Oriental East Garden, overlooking the  Long Island Sound and bursting with an informal medley of blossoms commingled with Chinese vases and Korean figures. In the West Garden, informal curvilinear clusters allow plants to flow seamlessly into one another, interspersed with clipped box bushes placed in an irregular sequence. Considerations of height, texture and color create a three-dimensional effect.

Along with the New York Botanical Garden’s Peggy Rockefeller Rose Garden and the Beatrix Farrand Society’s Garland Farm headquarters in Maine, the restored gardens in Connecticut are lasting examples of the genius and creativity of the private, modest, shy, enigmatic woman (happily married at age 41 to an academic historian) who dressed in Scottish tweeds to supervise sites that embody the sense of spatial planning, architectural detail and planting expertise that continue to influence today.

This article appears in the May 2022 issue of CTC&G (Connecticut Cottages & Gardens).