A style maven who transitioned seamlessly from fashion to interior design 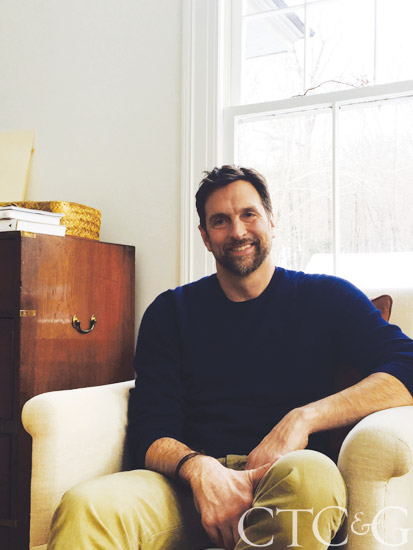 How did growing up in Michigan carry over to your career?
In summers, I loved the nature, landscape, freedom of northern Michigan; the rest of the year, in a Detroit suburb, I’d go dumpster diving and rescue goodies. My aunt turned me on to thrift stores, where I could find “affordable” name-brand clothes.

You were invited to model in New York when you were a teen. How did you feel about leaving your freshman year of college?
I knew the minute I got off the plane. That first night on the phone, my mother asked, ‘How can you know, you only just got there.’ But I was instantly captivated.

Returning from Europe, weary of modeling, ABC Carpet and Home hired you because they admired your style. How did it work out?
Within two weeks, I was doing all the window displays and in-store vignettes. I’d go to flea markets every week religiously, and people would follow me and ask to buy what I’d just purchased. After two years, my partners and I opened our own store, Hope & Wilder, in SoHo.

Eventually, you moved to California. How does it differ?
In show business, clients have managers. So you have to deal with the people running their lives. And I have a different aesthetic. People out there tend to love a lot of color. I like a more neutral palette, and I don’t do faux Tuscan. 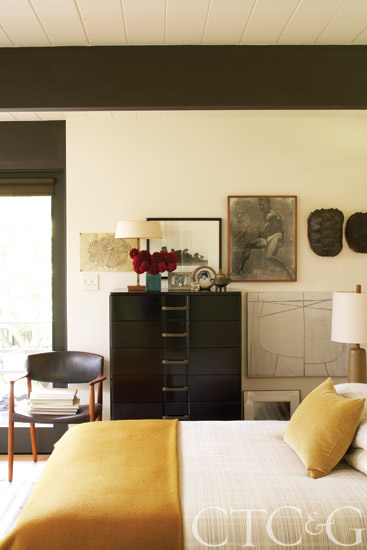 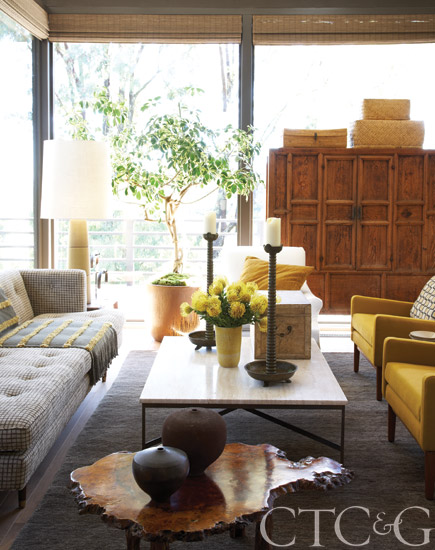 Why do you often design the furniture for your projects?
I’m interested in form, the pure honesty and beauty of a standalone item. There’s the one thing you don’t skimp on, like your handbag, which you want to be functional yet make you feel good when you carry it. It may be more expensive, but you can have it forever. There’s also the matter of the environment. Why not nail it right the first time and not think about it again?

What lured you back East?
I would come back and scavenge antiques. New York started to grow on me again, but I didn’t want to live in the City. I started “auditioning” locations and driving through Lakeville to Woodbury. I discovered northwest Connecticut.

What is its appeal?
It’s like the combination of city and country from my childhood. It feels like Sonoma, but it’s prettier, there’s more architecture, more history. I left a modern house in the Bay Area. I’ve been restoring a wonderful old house near Litchfield. I am so happy to be back in the four seasons—it’s like a timeline that touches your soul. It’s reminiscent of being a child when the air and light were changing, a wonderful marker in my life.

A version of this article appeared in the April 2015 issue of Connecticut Cottages & Gardens with the headline: Michael DePerno.