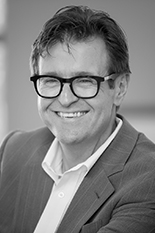 Greg Tankersley, a native of Alabama, holds a Bachelor of Architecture degree from Auburn University. It was while at Auburn that Greg met professor of Architecture, Bobby McAlpine.  A long friendship and professional partnership began.  Their architecture and interior design firm, McAlpine, now in its 33rd year, is described as “nurturing, compassionate, soulful,” and the firm’s architecture, wedding historical precedence with graceful modern living, is a timeless and romantic pursuit of “The Inheritable House”. The firm’s work has been featured in Veranda, House Beautiful, Southern Accents, Arts & Antiques, Elle Décor, Architectural Digest, Southern Living, House and Garden (both US and British editions), Metropolitan Home, Traditional Home, The New York Times and on Home and Garden Television (HGTV). The firm was honored to be included on the prestigious AD100 list compiled by Architectural Digest in 2012, 2014 and 2016. 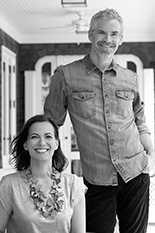 Jesse Carrier and Mara Miller, the principals of Carrier and Company Interiors, are a husband-and-wife duo who create rooms that are a confident mix of timeless and contemporary design—both familiar and fresh at once. Always refined and sophisticated, light-filled and airy, their rooms often feature subtle patterns and neutral palettes punctuated by bursts of exuberance and unexpected mixes of high and low, old and new.

The Carrier’s have garnered accolades from the world’s most prestigious and have also attracted the attention and loyalty of such luminaries as Jessica Chastain, Jessica and Jerry Seinfeld, Catie and Donald Marron, Jane Rosenthal, and Annie Leibovitz, among others. Their book, Carrier and Company: Positively Chic Interiors, showcases their chic and elegant design. Offering tours of the private spaces of highly influential tastemakers in the fields of fashion and media, Carrier and Company: Positively Chic Interiors features their work for Anna Wintour, editor-in-chief of Vogue; Jay Fielden, editor-in-chief of Esquire and fashion designer Jason Wu. 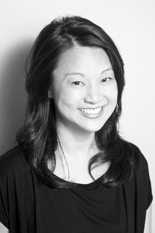 Young Huh Interiors is a full service design firm specializing in residential and commercial interiors. With impeccable attention to detail, Young’s projects are conceived and tailored to fit each client’s personality and needs.

Fluent in a wide range of styles from historic to contemporary, Young’s interiors reflect her love of art and artisans, materials and textures. Young designs spaces that are timeless, combining classic proportions with eclectic, chic styling.

A native of Detroit, Young was an English major at Smith College and received a law degree from Fordham Law School. After pursuing further education and an internship in interior design, Young concluded that design was her true calling. Armed with practical experience and a lifelong love of art, she founded her firm in 2007. “Equally important to having great creative instincts, my legal training has reinforced a strong work ethic, attention to detail, and an ability to see every transaction from different angles.”

The firm’s work has been featured in several shelter publications and, in 2011, CTC&G (Connecticut Cottages & Gardens) honored Young with the “Innovation in Design Award for Interior Design.”  She participated in The Ronald McDonald House of Long Island Project Design in Fall 2013, as well RMH’s Phase II, and LXTV Open House prominently featured Young and her room in its coverage.  Young was also selected as one of the new designers to join the prestigious 2014 Kips Bay Decorators Show House and her “Hollyhock Lounge” was featured on CBS This Morning, as well as online in Architectural Digest, Elle Décor, House Beautiful, Interior Design and Lonny magazines. In addition, Young and three other rising design stars were recruited to collaborate with the Peter Fasano Studio to create a unique hand-screened fabric, which was featured in the October 2014 issue of House Beautiful. 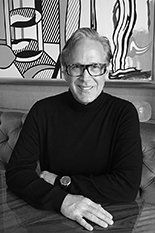 With more than 30 years of interior design experience, Scott Salvator has focused primarily on the interiors of residences worldwide, while occasionally working on special projects such as renovating the Café Carlyle or a restaurant for Charlie Palmer. His work is always layered with historical, architectural and technical knowledge, whether implicit or explicit. Glamour, fashion and drama are key elements always present in his compositions. He is a perfectionist; unwavering and his work possesses an intensity, never allowing for indifference. His projects, like his personality, are on a large scale.

Born in New York, Scott’s background is rich in history as the third generation of his family to work in the design/construction profession in New York City. After a short, but successful career as a tax attorney in Washington, D.C., Scott attended Parsons and FIT while receiving superb training with Mario Buatta, at the height of his career, working on Blair House, The President’s Guest House, Malcolm Forbes and many others. Scott continued his training with Gary Crain and Robert Metzger being exposed to several other styles and A-list clientele. In 1992 Scott Salvator Inc. was founded and shortly thereafter was joined by Michael Zabriskie.

The firms projects have appeared in numerous design publications, both here and abroad, as well as in such periodicals as Architectural Digest, Veranda, Elle Décor, House Beautiful, House & Garden, Town & Country, Departures, as well as The New York Times, The Wall Street Journal, CNN, ABC, Avenue, Quest, New York Social Diary among others. Scott is a member of the D & D Hall of Fame and is frequently included on several “best designer’s lists.” 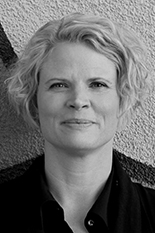 Julie views the multidisciplinary design process as an opportunity to create spaces that both engage and inspire the people who inhabit them. In her role as Partner, she has been integral in the development of countless award-winning projects at the Hollywood Bowl for the LA Philharmonic, The Greek Theatre, and many educational and residential projects.

Julie is at her best when uniting her passions for architecture and interior design to create holistic environments, designing not only the boundaries of a space, but also the graphics, furnishings, and fixtures that make it inviting. Her experience in crafting acclaimed interiors persuaded her that our firm should also design, manufacture, and sell furnishings that bring rooms to life.

That conviction led to the formation of notNeutral, with Julie as its President and CEO. Under her leadership, the notNeutral brand quickly developed a national reputation and a retail presence worldwide. Like our work in architecture, landscapes, and design, every notNeutral product tells its own story, be it a coffee cup, a tea cup, or a vase.  And in keeping with Rios Clementi Hale Studios’ transdisciplinary nature, notNeutral’s investigations into color, pattern, and shape influence work in other disciplines. 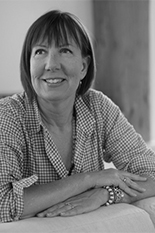 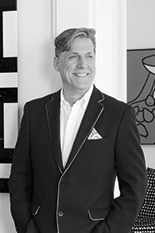 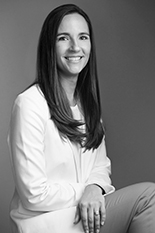 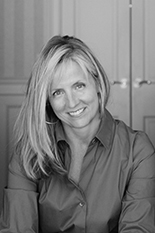 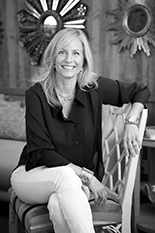 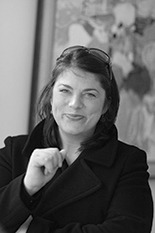