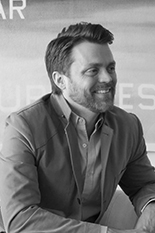 Blending timeless classics with an intelligent, contemporary approach allows New York based designer Timothy Brown to curate relevant and comfortable spaces for his clients. His dedication to the process of collaboration– respecting the clients’ aesthetic, while his attention to detail edits out the excess– creates livable, well-tailored environments with his signature warm minimalism.

Growing up in Tennessee, it was time spent in the woodshop with his grandfather crafting furniture, cabinetry and other notions that first charmed Timothy’s attention to the world of design. After obtaining a Bachelor of Science in Urban Planning from the University of Tennessee’s School of Architecture & Design, he set out to New York City and worked with the likes of Victoria Hagan, Wayne Nathan and Robert Stilin before launching his own design studio.

With over 15 years of experience, Timothy’s portfolio includes a number of commercial and residential projects both in the US and internationally. His work has garnered attention in numerous publications, most recently an inclusion in the October 2016 released book “Interior Design Master Class: 100 Lessons from America's Finest Designers on the Art of Decoration”. He has been featured in House Beautiful’s “The Next Wave”, and named one of Traditional Home’s “Ten Up and Coming Designers”, as well as being cited as one of three “Emerging Designers” at Benjamin Moore’s Hue Awards. Recent projects include homes in the Hamptons, a Paris flat, Venice Beach, California home, a contemporary apartment on NYC’s High Line Park and a Manhattan triplex penthouse. 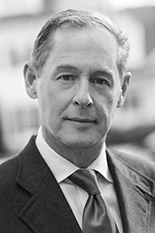 Richard Keith Langham creates pedigreed rooms that are grounded in tradition but are enlivened with his fresh and imaginative approach. His broad and varied experience enables him to work in any style as a true connoisseur.  He is as adept at designing a grand Manhattan apartment as he is a rustic cabin in the mountains.

Alabama born, Manhattan-based Langham has been a force in the decorating world for over 25 years.  He studied at Parsons School of Design and earned a degree from The Fashion Institute of Technology in interior design.  After an apprenticeship under the uber talented Mark Hampton, he moved to London and enrolled in the Study Center for the History of Fine and Decorative Arts where he broadened his knowledge of English design and decoration.

Returning to New York, he landed a position with the venerable firm, Irvine & Fleming and gained ten years of experience in their American version of luxe English country house style. Langham launched his own business in 1994 and quickly made a splash.  He worked with some of the city's most legendary ladies – Mrs. William F. Buckley, Jr. and Jacqueline Kennedy Onassis, who once proclaimed him to have a "sorcerer's eye." His stylish and comfortable rooms are loaded with lush color, pattern, and a mix of old and new with his signature couture detailing.

Langham has been recently named to Architectural Digest's AD-100 for the fourth time, as well as Elle Decor's A List. His work has appeared in publications too numerous to list. 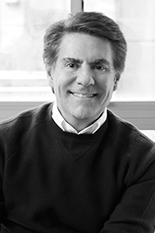 Richard Mishaan is one of the world's leading Architectural and Interior Designers, and a renaissance man with an impressive career that has spanned over 25 years and many of the creative arts, including: interior design, fashion, furniture design and retail. A true master at creating arresting environments for his high profile clients, the designer is renowned for his artistic ability to blend collectibles and antiques with art and furnishings. His firm has excelled at working on both residential and commercial projects. Mishaan has designed Hamptons estates, luxurious Florida homes, stately New York townhouses, and retreats from South Beach to Cartagena, and all across the globe.

In addition to his design business, Mishaan has created furniture, lighting, hardware, rugs, textile and accessory collections for some of the industry’s leading brands. In 2018 he will launch his first collection for SA Baxter in addition to a line of home products for the Home Shopping Network. In 1997, Mishaan launched Homer, a Manhattan home design boutique that quickly became the celebrated go-to resource for the design industry. Mishaan has achieved the highest awards and accolades in the industry, including the prestigious 2017 Elle Decor AList, the 2017 Architectural Digest AD100 list, as well as being featured as one of the country’s leading design firms in a host of other design magazines and media.

In 2009, the designer added author to this roster of credits with the publication of Modern Luxury and his second book titled, Artfully Modern on interior style and design was released in 2014 by The Monacelli Press at Random House. 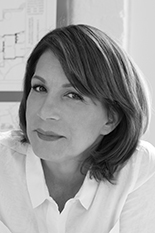 As an active member of the New York Restoration Project Chairman’s Council, as well as The Cultural Landscape Foundation Stewardship Council her notable career has embodied the essence of stewardship through education. To that end Janice actively mentors, lectures and volunteers. She has taught at the New York Botanical Gardens and New York Horticultural Society and gives lectures in universities and cultural centers, including The Parrish Art Museum, Boscobel House and Gardens, and The Bruce Museum. 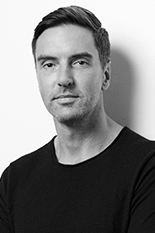 Nathan Orsman is a contemporary leader in both interior and exterior lighting design. His ability to sculpt with light allows him to create intrigue in otherwise unprovocative spaces which truly sets him apart from those in his field. His intuitive talents invoke the desire to approach spaces creatively while retaining their functionality.

Australian born, Orsman’s initial area of study was more mathematically focused and his first job was for the Australian Stock Exchange in the IT Department. After moving to the United States, by happy accident he started working at a lighting design firm with a focus on both the business development and creative aspects of the firm. After several years, Orsman started his own firm based out of Southampton, New York.

The past eight years since starting Orsman Design – now with offices in both Southampton and New York’s Flatiron District – has allowed Orsman to work with esoteric clients on stimulating projects that have given him the reputation he has today in the lighting community. His proclivity for lighting and uncanny ability to nurture clients’ expectations set the stage for an enchanting design process and gratifying result.