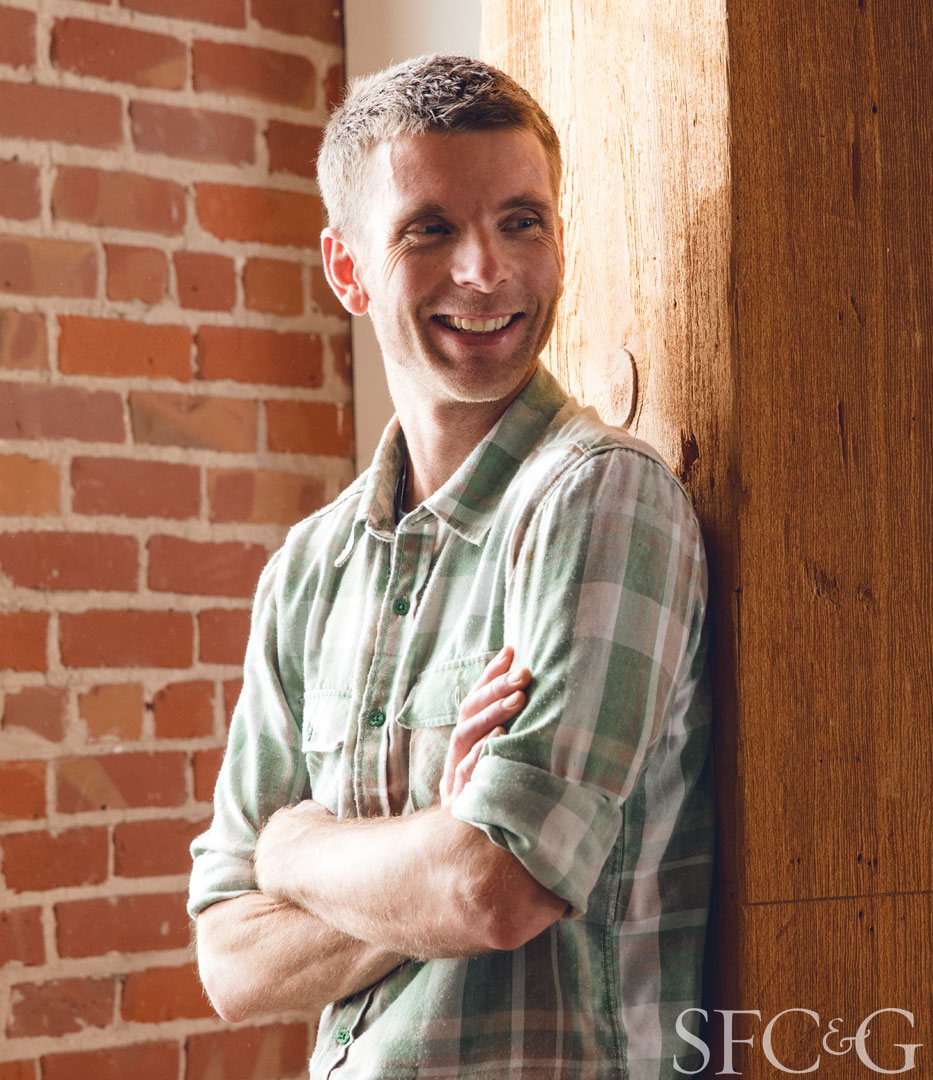 What some might call old-school tradition is feeling fresh these days. It’s evident in work in which craftsmanship is an integral part of the design, and organic materials are valued for their inherent beauty. Designer-craftsman Florian Roeper of Studio Roeper is a leading practitioner of this type of work. Known for handmade tables, seating and artwork that combine exquisitely finished salvaged wood, etched bronze and zinc, resin and leather, his pieces have substance and heft while exuding a subtle glamour.

Roeper quite literally combines European traditions with Californian sensibilities. Born in Heidelberg, Germany, he trained at California College of the Arts (CCA) and counts as his inspirations the furniture of Asian, Craftsman, Art Deco, Biedermeier and Bauhaus traditions. He established Studio Roeper in 2003 and his work has since been acquired by leading local designers as well as talents around the globe, from Peter Marino in New York to Veer Grenney in London. 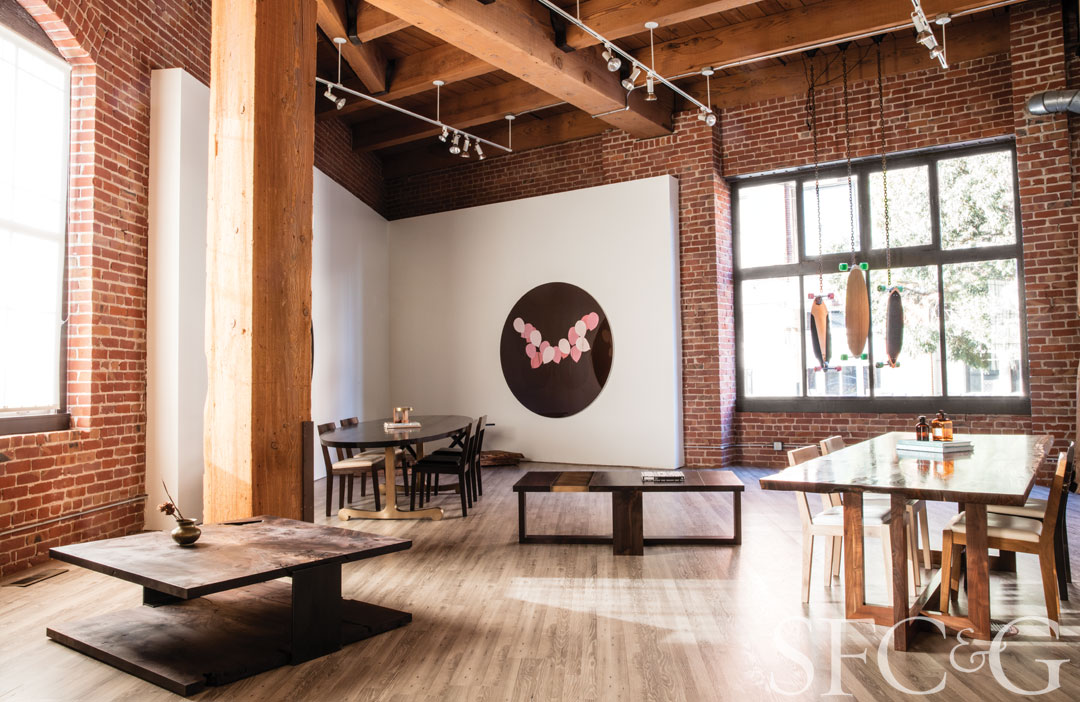 “What sets us apart is the commitment to both design and production,” says Roeper. “No square inch gets overlooked, whether it’s an 18-inch square bronze side table or a 14-foot walnut slab dining table.”

While Studio Roeper is located in an airy showroom in San Francisco’s Design District, the designer-maker also maintains a far grittier workshop on windswept Alameda Point, and owns his own sawmill in the further reaches of the East Bay. His latest offering, the exquisite Shadow coffee table, uses salvaged California walnut logs that are milled there and then air-dried on-site for several years. Roeper then bookmatches the slabs, a method that achieves a symmetrical patterning of the wood that is only possible when all of the slabs come from the same tree.  He personally finishes each piece by hand (over the years, Roeper has developed his own custom recipes for stains and lacquers) to such a buttery rich smoothness that it’s impossible not to reach out and touch it. He smiles knowingly. “The finish is one of our signatures: It makes it more beautiful for both the eyes and the hand.” 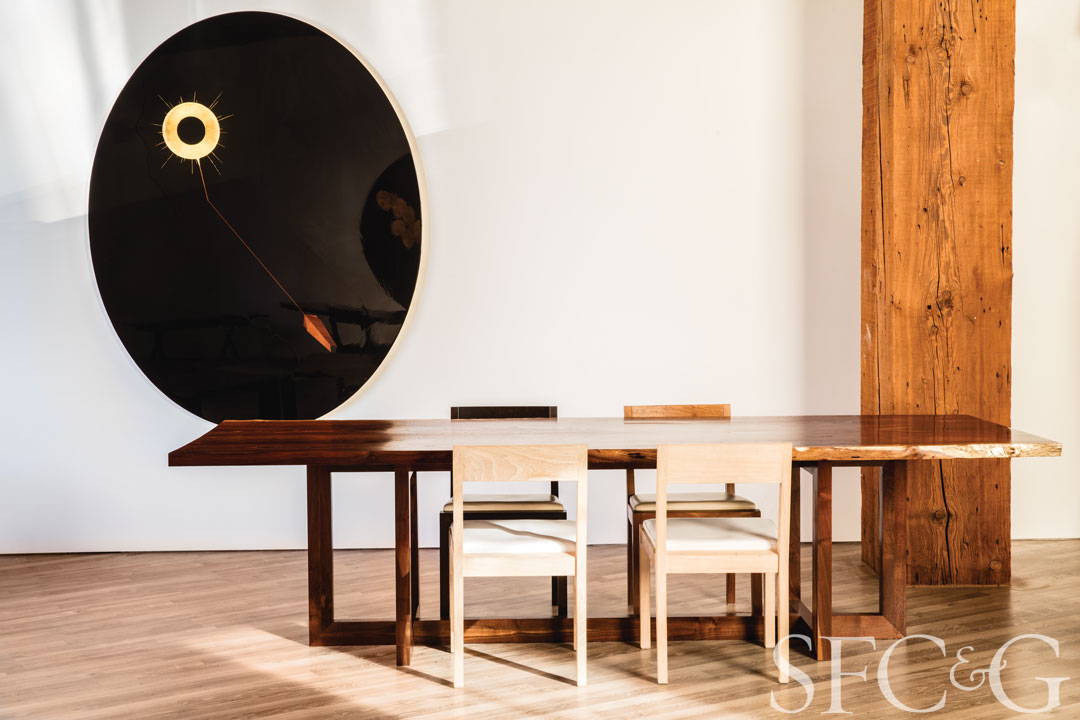 Those commissions have included pieces for Louis Vuitton boutiques in Paris, Vienna and five other cities, boutique hotels and private collectors.

“After meeting with a client, I’m always excited to get to the lumber yard and dig and look for new slabs,” says Roeper, as always, connecting high style to that old-school tradition.

A version of this article appeared in the April/May 2016 issue of SFC&G (San Francisco Cottages & Gardens) with the headline: Love & Arbor.