Hard cider had a moment a few years back, driven by a few big producers flooding the American market. In 2014, sales of brands like Angry Orchard, Woodchuck and Cidre from Stella Artois were up a cumulative 71 percent over the previous year. Their success paved the way for small artisanal ciders—the big growth segment in 2016. Craft cider’s popularity is bolstered by cider festivals across the country. Cider Week, held this past summer in New York’s Hudson Valley, featured nearly two-dozen producers from the region alone. Recently, word of mouth led me to a trio of small-craft New England producers, each with a compelling backstory and stylistic point of view. 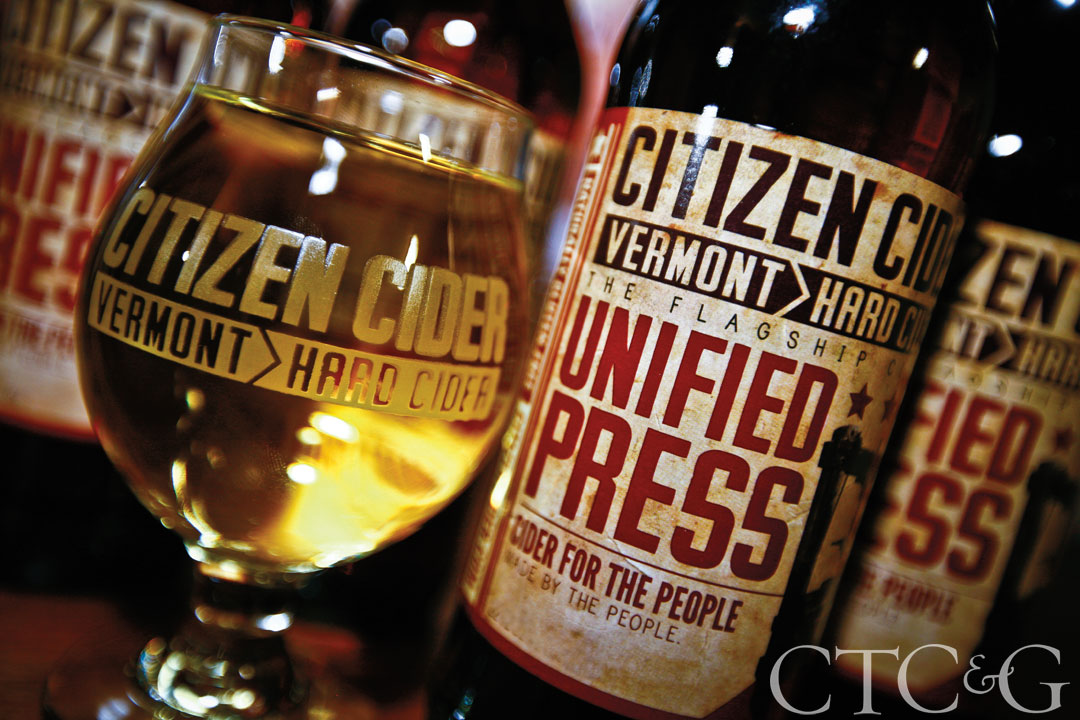 Citizen Cider
Burlington, Vermont
Justin Heilenbach, Bryan Holmes and Kris Nelson—three friends from Vermont—started off as serious cider hobbyists before jumping into the business full time. In 2014, they broke ground on a 9,000-square-foot facility in Burlington with a large tasting bar and 13 3,200-gallon fermenting tanks. Last year, they acquired an additional 13 tanks. “Our cider is made with only juice from apples, never concentrate and never with added sugar,” says Kris Nelson. All apples are from small orchards in New York and Vermont. Citizen hits include the Dirty Major (with ginger and lemon notes), Northern Spy (made from single variety Northern Spy apples) and Cidre Bourgeois (a limited-edition, organic, floral cider). 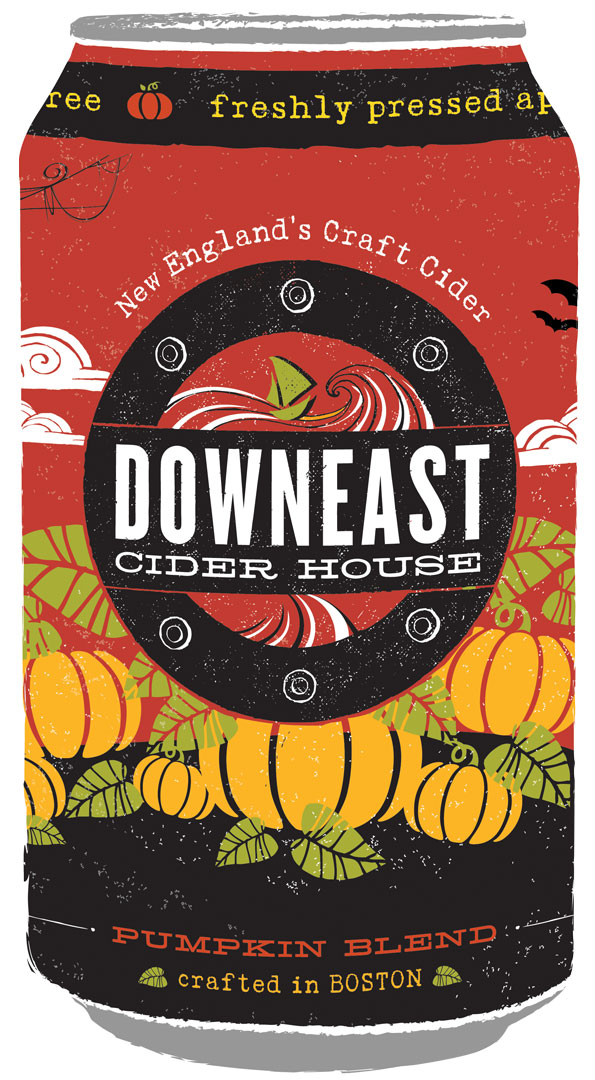 Downeast Cider House
Boston, Massachusetts
Ross Brockman and Tyler Mosher first became passionate about cider while at Bates College together in Maine. Brockman’s older brother Matt became a third partner when they officially entered the business after graduation—they had been dissatisfied with the commercial stuff for sale on campus. “We wanted a cider that tasted like freshly pressed juice,” says Ross. So in January 2012, they launched what has since become a 17,000-barrel operation. Their marquee Downeast Original Blend, unfiltered and slightly effervescent, has a fresh, vivid taste from its unique blend of dessert apples. “We were the first to pioneer the unfiltered movement,” says Mosher. Downeast, known for its distinct
cloudy hue, can be spotted across the room. 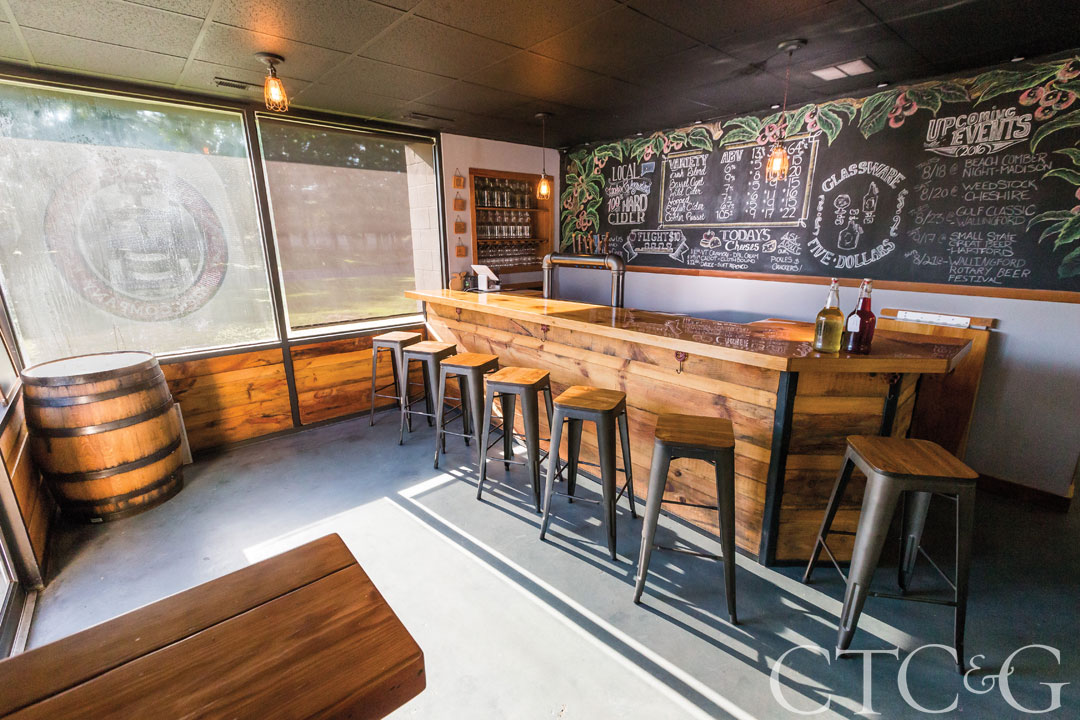 New England Cider Company
Wallingford, Connecticut
Miguel Galarraga and Seth Hart started out making cider in their backyards in 2009. By 2013, they’d purchased a production line with hydraulic press and gone into business. They are the experimental house, producing a full range of styles including dry, hopped, barrel-aged, fresh blend, raspberry, blueberry and spiced, using all natural ingredients (mostly Connecticut apples) with no artificial sweeteners. Their first hit was their Dry Cider, made with Champagne yeast. “Now we’re doing a lot of small batch and single variety experiments,” says Galarraga. “Our most successful is 100-percent Golden Russet, very fruity with a nice woody note. And we’ve done spontaneous fermentations that lets you taste the orchard in all its earthiness and funkiness—very much like traditional French or English style ciders.”

Citizen Cider Brosé is a rosé cider that is co-fermented with Vermont blueberries from Charlotte Berry Farm. Pair with: lobster or blue cheese.
Citizen Cider Lake Hopper, named for Lake Champlain, which splits New York and Vermont, is made with Cascade hops and a mix of apples from both states, and has a drier piney taste. Pair with: scallops or pork.
Downeast Pumpkin Blend, a seasonal cider made with fresh pumpkin mash, is slightly carbonated and unfiltered. It has a delicious pumpkin flavor and chai spice notes. Pair with: pumpkin pie.
Downeast Winter Blend, fermented with ale yeast, has flavors of cinnamon and nutmeg. This seasonal is available November 1. Pair with: Thanksgiving fare.
New England Cider Barrel Aged takes on coconut and caramel aromas from being aged six months in barrels that once contained Whistle Pig rye from Vermont. Pair with: hearty meats and stews.
New England Cider Fresh Blend has a base of dry cider that’s blended with fresh juice. It has a vivid apple flavor and, being unfiltered, a cloudy hue. Pair with: appetizers or sip alone.

A version of this article appeared in the October 2016 issue of CTC&G (Connecticut Cottages & Gardens) with the headline: Pick of the Crop.