When Michael Halpern found a neglected 1800s farmhouse in the Merryall section of New Milford, he fell in love with the home’s location and the way it was sited with a magnificent view of protected farmland belonging to the Weantinoge Heritage Land Trust. 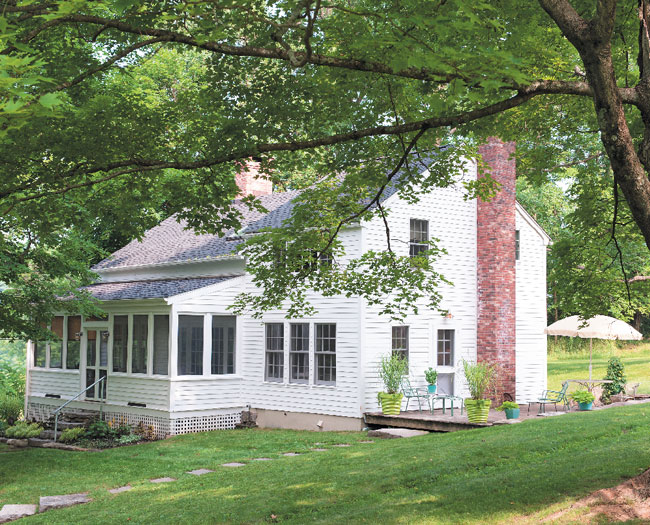 “Quirky, informal, whimsical” describe the mood that interior designer Michael Halpern wanted to create in his perfect weekend home. After 15 years of working in film and television for Warner Bros. and HBO in Los Angeles, Halpern left the entertainment business and returned to the East Coast. In 2007, he partnered with Amie Weitzman to form New York City–based Weitzman Halpern Interior Design, specializing in high-end residential design. 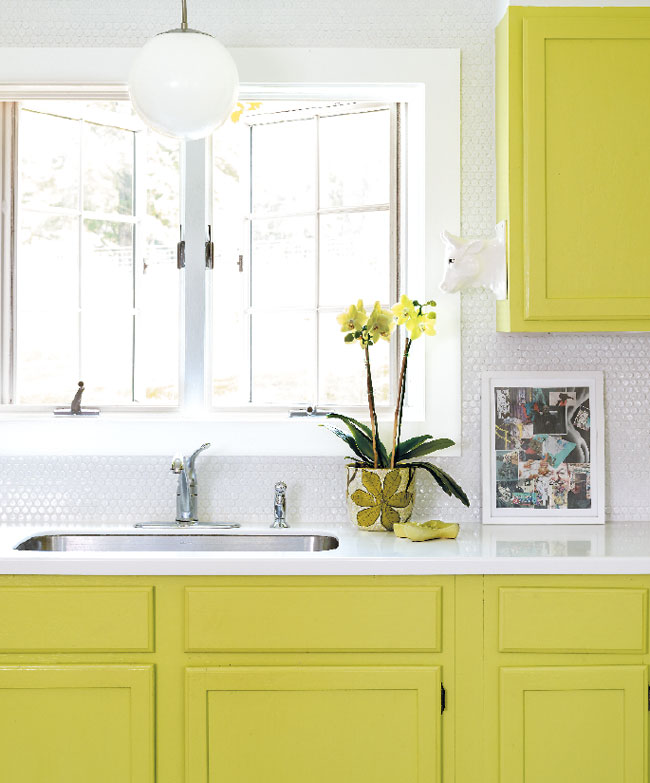 Years ago, Halpern had spent some time in Litchfield County; he longed to return. For what seemed an eternity, he looked at homes and had nearly given up when he stumbled upon one in need of a total renovation. He’d found a neglected 1800s farmhouse in the Merryall section of New Milford that sat on a grassy promontory surrounded by strong old trees. He fell in love with the home’s location and the way it was sited on the property with a magnificent view of acres of protected farmland belonging to the Weantinoge Heritage Land Trust. Undaunted by the challenge of the restoration, Halpern bought the home (which was by then in foreclosure) and began months of work requiring daily attention and deep pockets.

“It was a magnificent and exciting adventure,” says Halpern. “Peeling away layers of an old house and examining its bones and its systems, we never knew what we would find next, what we would have to replace or deal with and what wonderful surprises awaited us.” Every surface had to be reworked—every part of every window, door, floor, counter, the banisters, as well as the landscaping and outbuildings.

In addition to a sun porch, kitchen and bath, the home’s main floor comprised three small rooms, each with its own working fireplace. In a dramatic step, Halpern removed the walls that created the separate rooms. But he left the fireplaces intact—believing that they are really the heart of the home—and had them cleaned and rebuilt. When a low ceiling in the same space was taken down, original beams were exposed. The kitchen floor was redone with wide plank pine, stained to match the original chestnut flooring in the living room.

Several windows on the first floor were replaced with larger ones. And a pair of glass doors was added from the living room onto the side porch on the south side of the house to achieve a greater sense of light and air, part of the aesthetic Halpern had become accustomed to from his years in California. 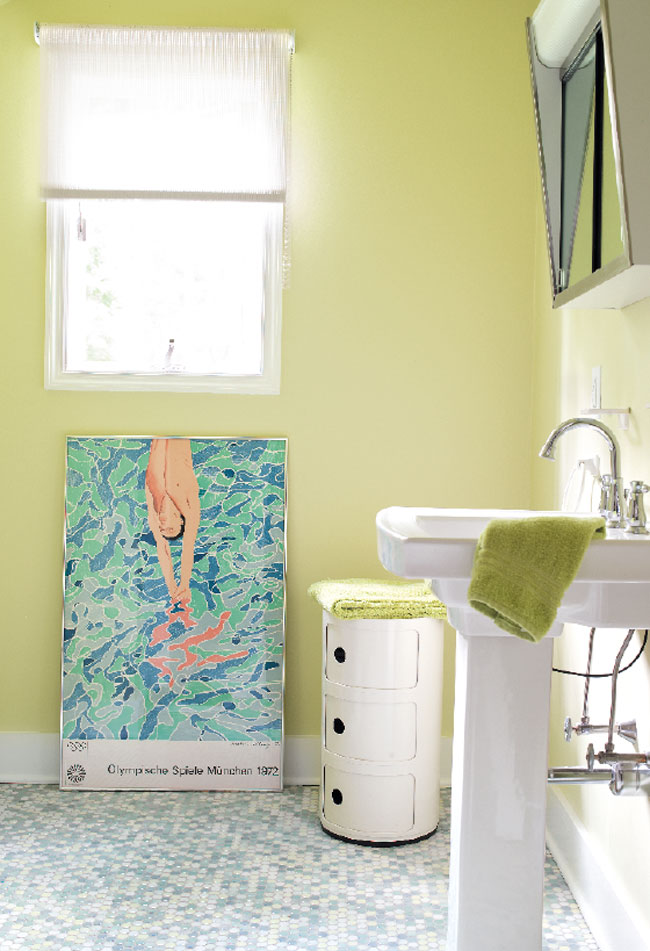 And as far as the whimsy, well, Halpern got that too, through his use of color, vintage wallpapers and mixture of furnishings. Some of the mid-century pieces came from his California home and from the Rose Bowl Flea Market in Pasadena. He also sourced vintage shops in Los Angeles and New York, and became a regular at the Sunday Elephant’s Trunk Flea Market in New Milford. Halpern often purchases frames and has them custom upholstered with vinyl and unusual vintage fabrics.

Aside from some of the art in the home, one of his most prized possessions is the mid-century table and chairs in the kitchen. It is the set he grew up with and was a gift from his mother, Diane Halpern, a well-known, Midwestern interior designer.