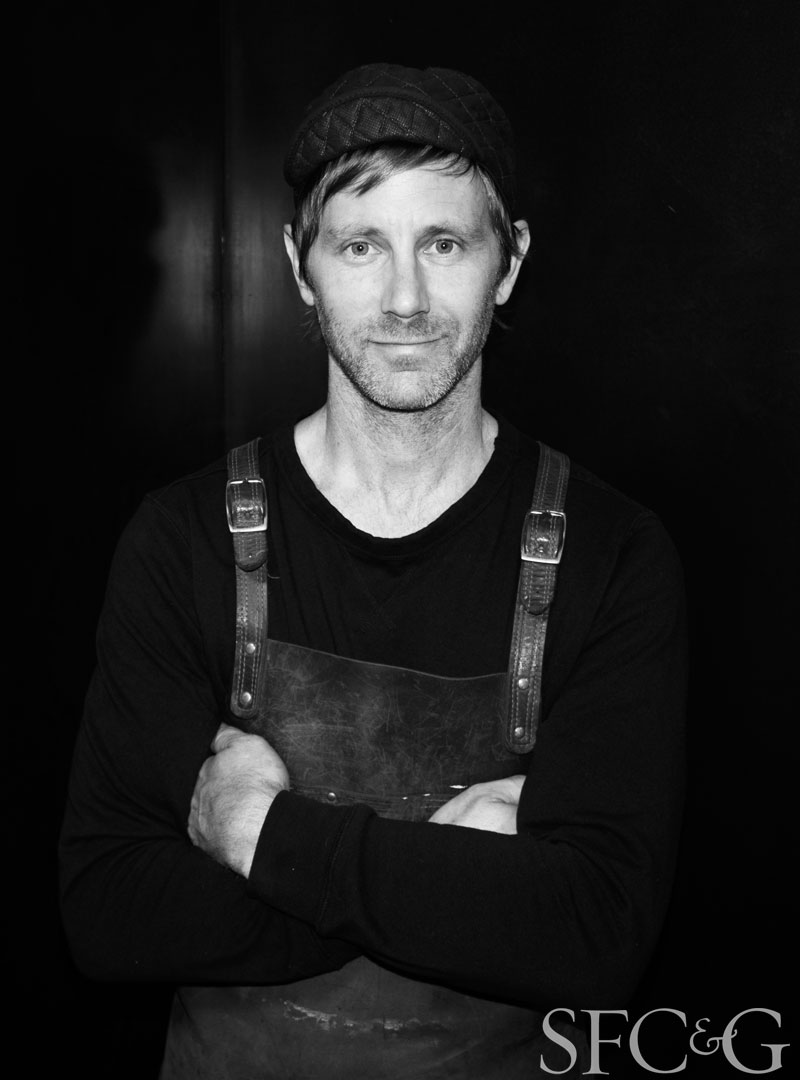 A reference to sculptor Richard Serra effortlessly wends its way into a conversation with furniture maker Mike Danielson. Both men are minimalists; they have strong ties to San Francisco; both hail from families of shipbuilders; and both look upon steel as their medium of choice. “How could I not be inspired by Serra?” says Danielson rhetorically. “His pieces are so organic and spiritual. The degree of soul they embody is aspirational.”

Danielson’s evolution as a designer involved a long apprenticeship as a shipwright where the daily, hands-on process of stripping degraded hull plates gradually transformed him into an expert cutter and welder. From the beginning, he was taken with the metal’s raw character, and where some people viewed crevices and pockmarks as faults, he saw handsome attributes. Subsequently, he spent several years executing furniture concepts for a slew of architects until he recently launched his inaugural collection of drum side tables, mirrors and lighting. 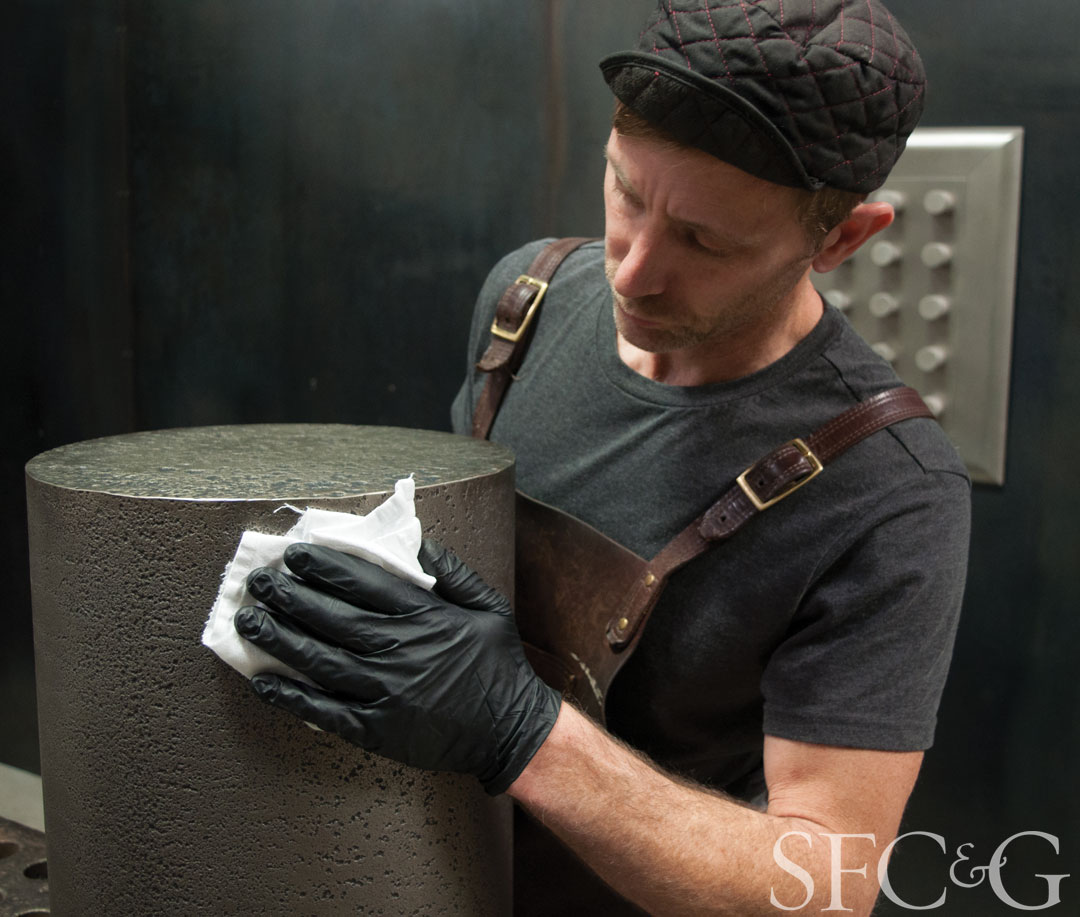 In the future, Danielson may well create steel prototypes and then cast them in bronze at a neighborhood foundry, but for now he sources matured, patinated metal locally. He is also working with an inventory of steel he salvaged from a decommissioned pier in Seattle that survived seven decades of saltwater exposure. Whenever he suspends the surface oxidization of a finished piece to render it impervious to weather, fingerprints and rust he feels as if he is freezing a moment in time. “It has endured and survived so many different weather conditions I feel as if I’m in concert with Mother Nature,” he says, echoing a thought process shared by another of his influences, the celebrated craftsman George Nakashima, who envisioned unleashing the spirit from every piece of wood he harvested and transformed into a table or chair. “I’m drawn to masters like Nakashima because I admire the restraint and discipline it takes to simply celebrate the material and ‘design less.’ There’s a cathartic beauty in that.” 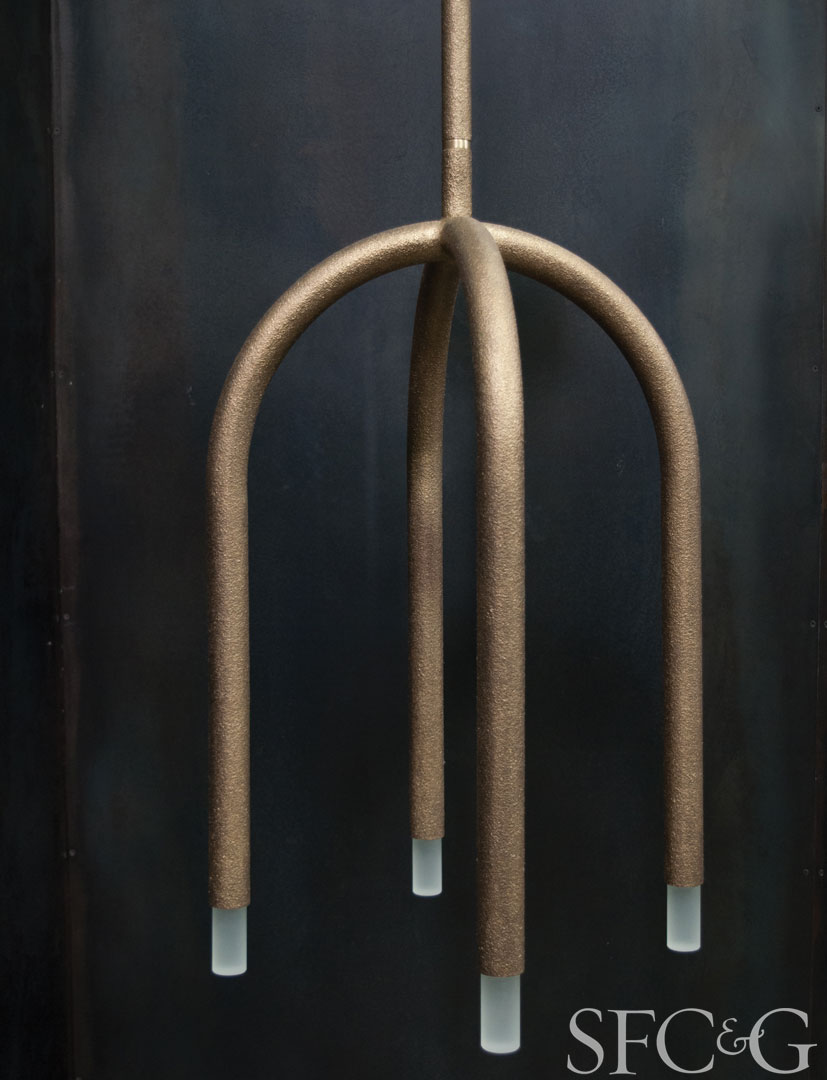 Peter West is exhibiting Danielson’s first furniture offering at Hewn X, the showroom/gallery he co-founded in the San Francisco Design Center. “Mike’s not just a skillful maker or manufacturer, he’s also an artist. In the late 1980s,” says West, “when I first started in this business, the Bay Area was generally seen as a hotbed of creativity. I feel as if we’re currently in the midst of a similar artisanal renaissance thanks to people like Mike.”

A version of this article appeared in the February/March 2016 issue of SFC&G (San Francisco Cottages & Gardens) with the headline: Man of Steel.