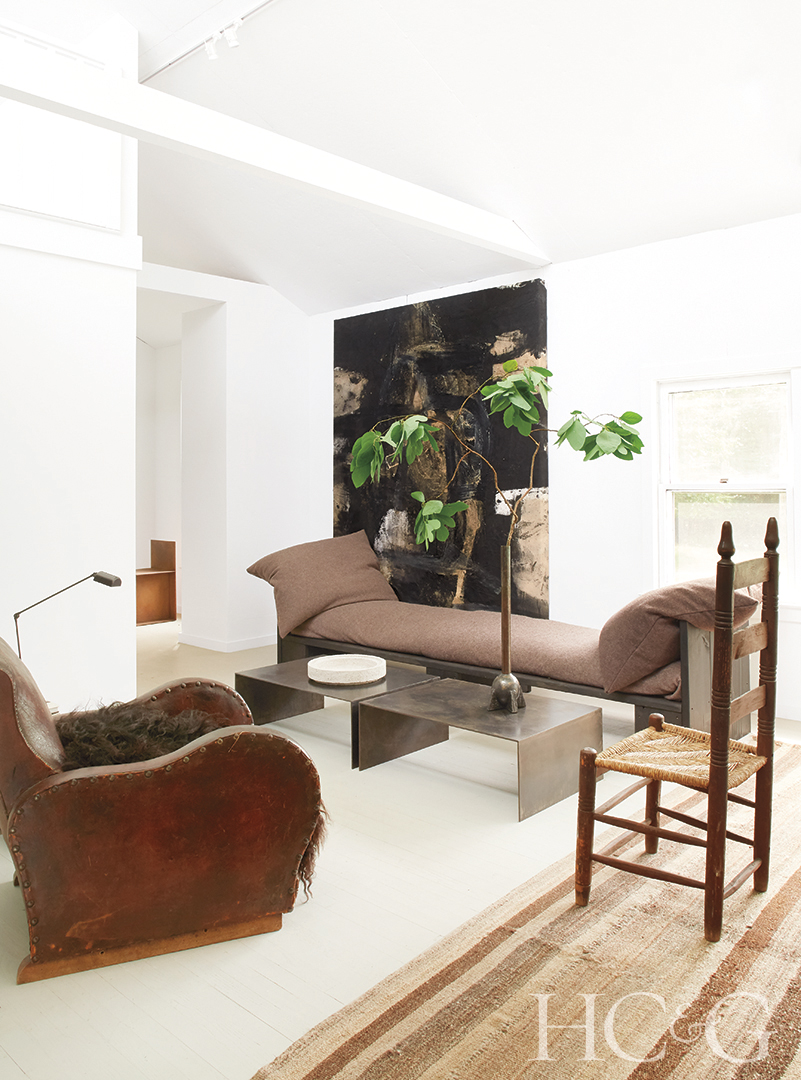 Springs, says interior designer and artist Lukas Machnik, “still has a huge artistic presence to this day—you can almost feel it in the air.” Without a doubt, the East Hampton hamlet is universally considered a hub of American postwar art in its heyday. But Machnik and his partner, artist Lonney White, have landed on particularly fertile ground.

The house they moved into this spring once served as illustrator and New Yorker cartoonist Saul Steinberg’s art studio. Notable neighbors include the Leiber Collection Museum and Gardens, performance artist Laurie Anderson, and the late artist Costantino Nivola, famed for his outdoor sculptures and for its interior murals painted by his friend Le Corbusier.

The Chicago-based Machnik and White first came to Springs three years ago and felt an immediate connection to the East Hampton area. When the lease ended on their first rental, they enlisted the help of their friend Ani Antreasyan, a broker at Halstead, to find them a new place. The couple were traveling out of the country when Antreasyan called about the unique opportunity to rent the Steinberg studio. With no surprise, the men committed to the space sight unseen. 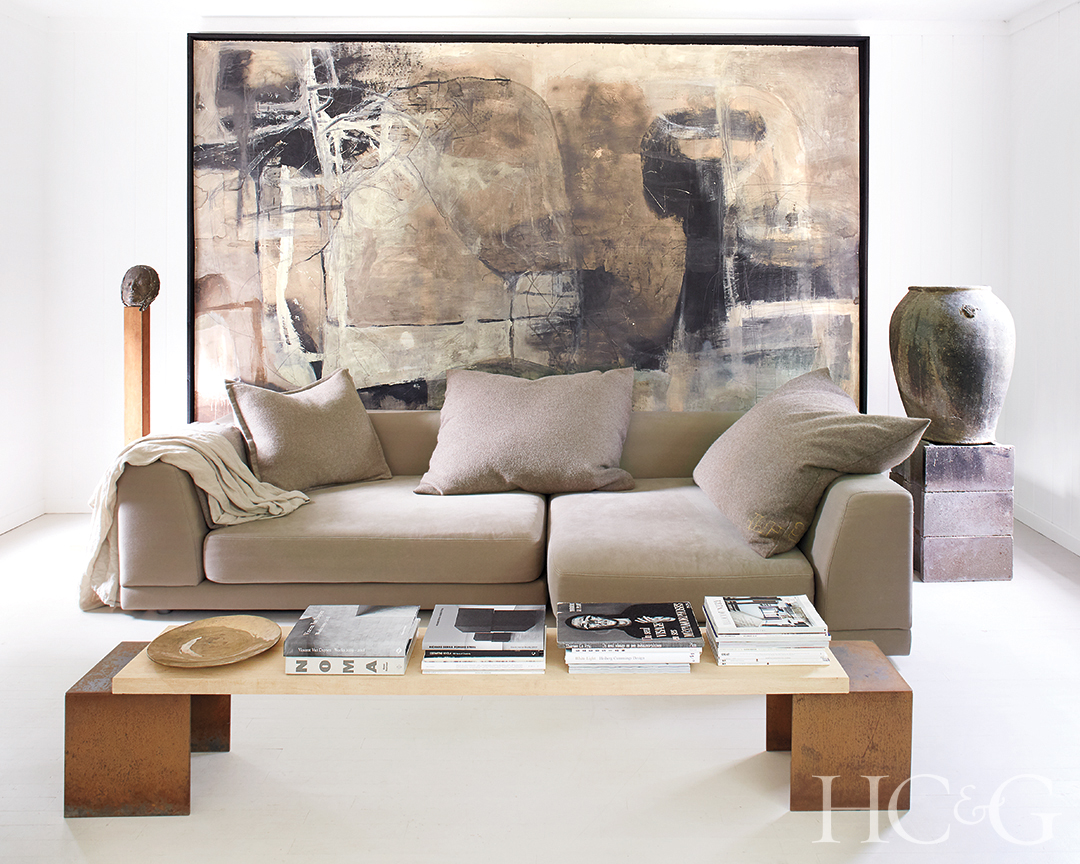 Although the interiors were in need of a refresh, Machnik knew it was nothing a few days of painting and some minor renovations couldn’t fix. But his plans for a leisurely transformation were thwarted when the coronavirus hit. Machnik quickly fast-tracked the couple’s move-in date to get their belongings into the new place immediately. Stay-at-home orders went into effect the very next day.

With White back at their loft in Chicago and New York in lockdown, their belongings began to pile high in the unrenovated space. Machnik immediately started to work his magic, painting every surface—walls, floors, cabinets—white or pale gray. 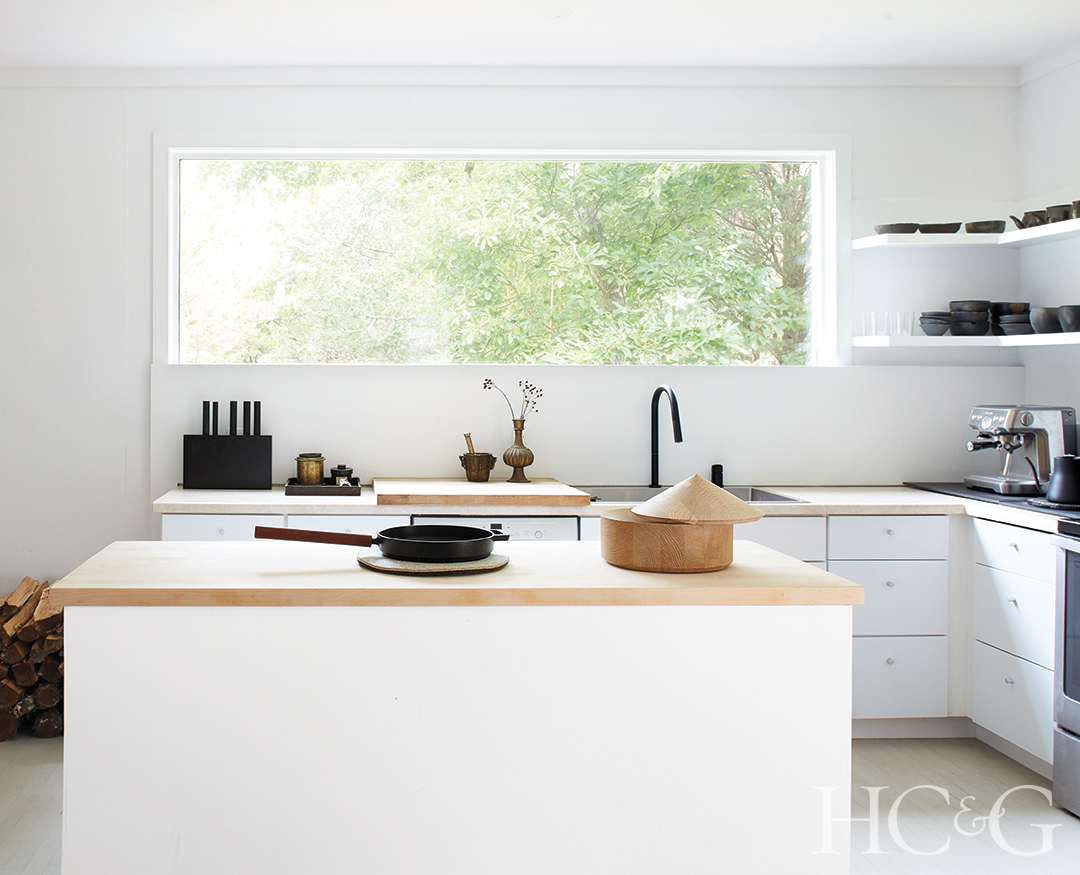 In the farmhouse-style kitchen, Machnik covered some fussy millwork with drywall. He then added a new sink and faucet as well as updated the cabinet hardware. Tucked into a corner of the newly minimal space, an antique hutch discreetly houses a variety of hand-thrown dishes and exquisite glassware, collected during years of traveling.

The north-facing bedroom beneath the loft received little daylight, so he covered it in a single shade of deep gray. By contrast, the south-facing master bedroom and its airy ceiling took nicely to strong lashings of black and white. 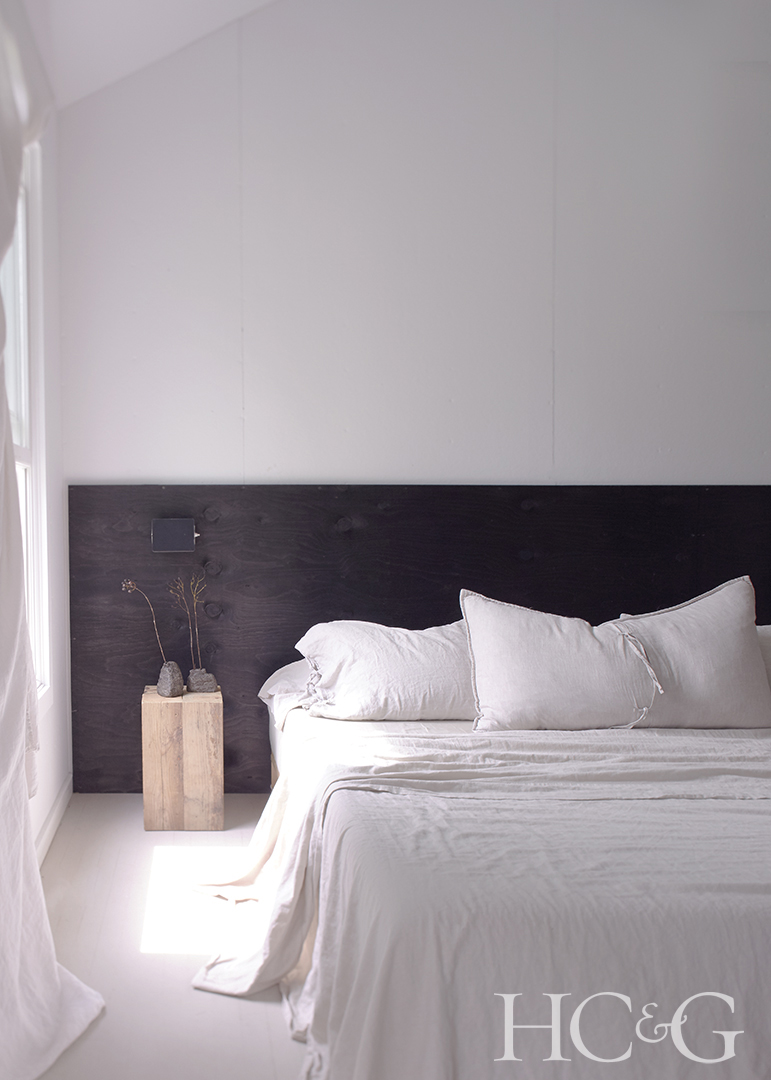 Once the paint job was done and everything unpacked, Machnik found himself rearranging furniture at night, with White consulting from afar via FaceTime. For the pieces they needed, Machnik avoided ordering from showrooms, but rather built them himself in an outbuilding on the property that he uses as a studio. Hence the long, narrow daybed, topped with oversize pillows and a cushion stitched from vintage wool army blankets.

“Lonney and I have balanced ideas together in every home we have lived in,” says Machnik. “Not that many people share the same aesthetic vision, but the two of us can sketch out an idea, start talking, and have a prototype built by midnight.” 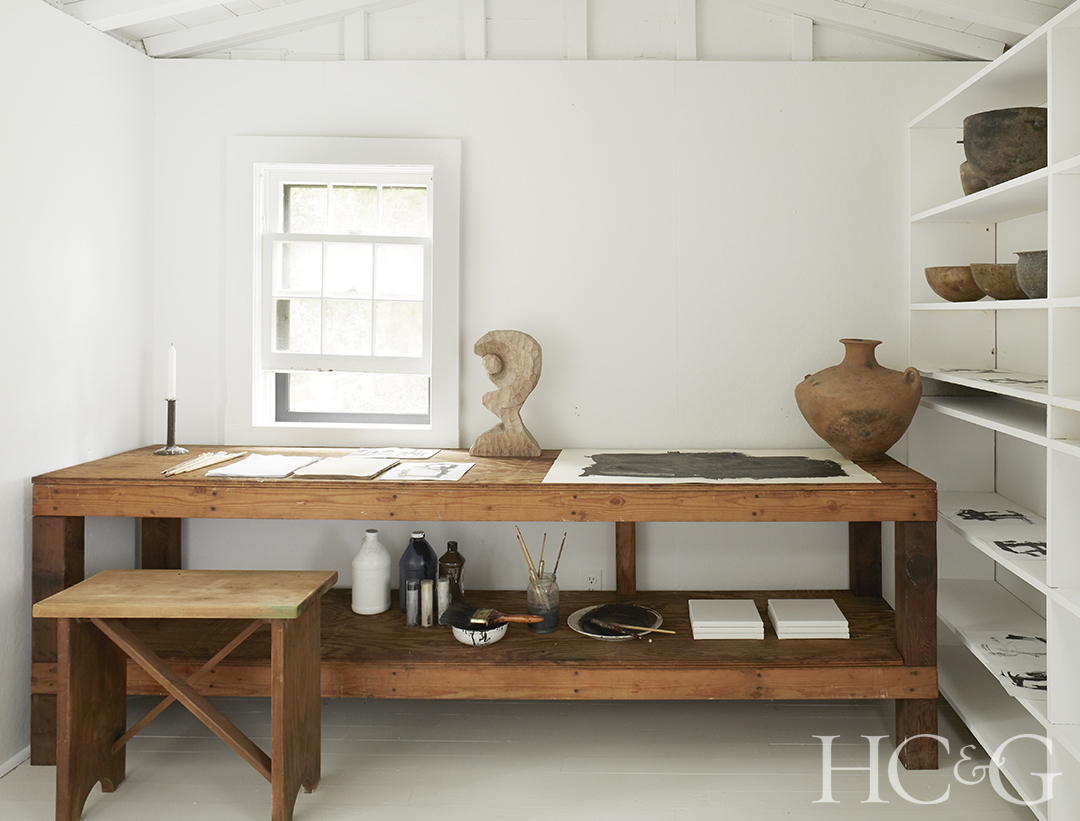 Like the Springs art community past and present, Machnik and White are deeply influenced by the area’s natural surroundings. They describe their finished space as a more organic version of the streamlined style in their Chicago loft. “When people hear the word ‘minimalism,’ they think ‘empty room,’” says Machnik. “We’re minimalists, yes, but we’re also collectors.” Indeed, sprouting everywhere from the seemingly spare environs are pieces of art, piles of books, and enchanting antiques. “An object needs to reveal the hand that touched it,” com- ments White. “We would never want to disguise that.”

The combination of handmade and natural beauty has inspired not just the interiors, but the couple’s artwork, too. Machnik, whose career largely focuses on interior and product design, has rekindled his love of painting, principally substantial eight-by-ten-foot oils on hand-dyed canvas. And White’s equally impressive, richly provocative works in wax encaustic seem right in step amid the unassuming cocoon the couple have spun.

Eventually, the pair hope to call the East End home not just during the summer months, but year-round. “Someday, we’d like a house of our own with a larger studio,” muses Machnik. But for now, Saul Steinberg’s quirky, sweet retreat will do just fine.

The print version of this article appeared with the headline: Bold Strokes.

This article appears in the October 2020 issue of HC&G (Hamptons Cottages & Gardens).