Modern in the Suburbs

A world traveler builds the house of her dreams. 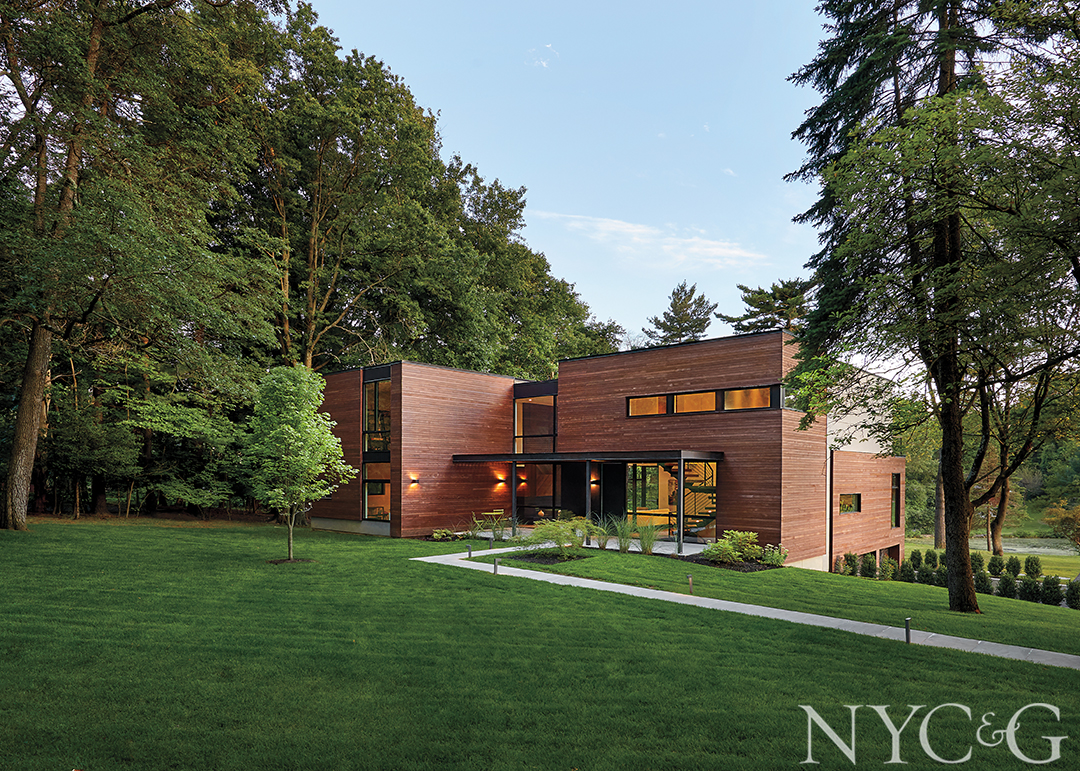 Maya Sheehan has hopscotched her way through Westchester, Paris, Tokyo, Chicago, Los Angeles, and Brooklyn, where she quietly started decorating under the firm name Maison Maya six years ago. During this time, she also rehabbed an antiquated Fort Greene townhouse for her family, which includes her husband, documentary film producer Trace Sheehan, and their two young kids.

“I really loved life in Brooklyn,” the designer says wistfully, recalling the day she knew it was time to make another move. Her kids were getting older, and she found herself checking out real estate listings in suburban ZIP codes, places with green space where her children could ramble and play. After coming across an “approachable modern” house in Pelham that “didn’t feel cold, like so many new structures do,” Sheehan says, she made a mental note of the name of the architectural firm that built the home, Brooklyn-based Thread Collective.

Sheehan was thinking of building a house herself and decided to meet with the principals, all serious designers in their own right and U.C. Berkeley alums. A gorgeous piece of land studded with mature trees and a large pond was available— just around the corner from her old high school. “I am the kind of person who’s always searching for something new,” recounts Sheehan, still a little shocked by the coincidence. But the neighborhood had a handful of cool mid-20th-century moderns, and the house on the site—architecturally undistinguished and unoccupied for several years— could be torn down without remorse.

Thread Collective reentered the picture, and 10 months of breakneck construction ensued. The firm positioned the new house slightly closer to the street, making room for a pool in back, and managed to save almost all the trees. Architecturally, the structure comprises a collection of flat-roofed boxes with 5,500 square feet of living space on two levels and a walkout basement, all sheathed in a handsome combination of stained cedar siding and two shades of cement-board siding— light gray and an alluring shiny black. 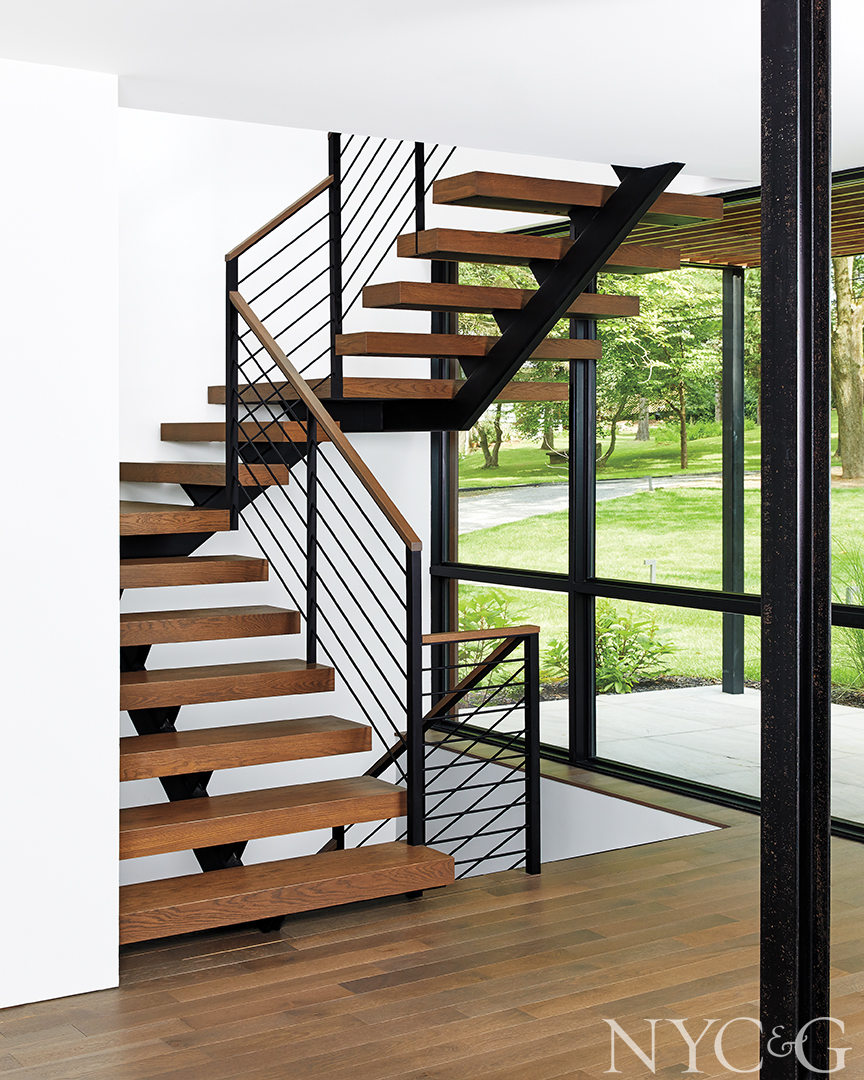 Indoors, a stairway with floating oak treads connects the three levels, and a mezzanine bridge hugs one side of the living room, linking the two bedroom wings upstairs. At one end, the master suite incorporates a radiant-heated tile floor and a two-sided gas fireplace in the wall dividing the bedroom from the spa-like bath, which features a sky window for watching clouds float by. A door partitions off the children’s suite at the other end of the bridge, buffering it from any ambient noise that emanates from the airy double-height living room, which boasts 20-foot ceilings. 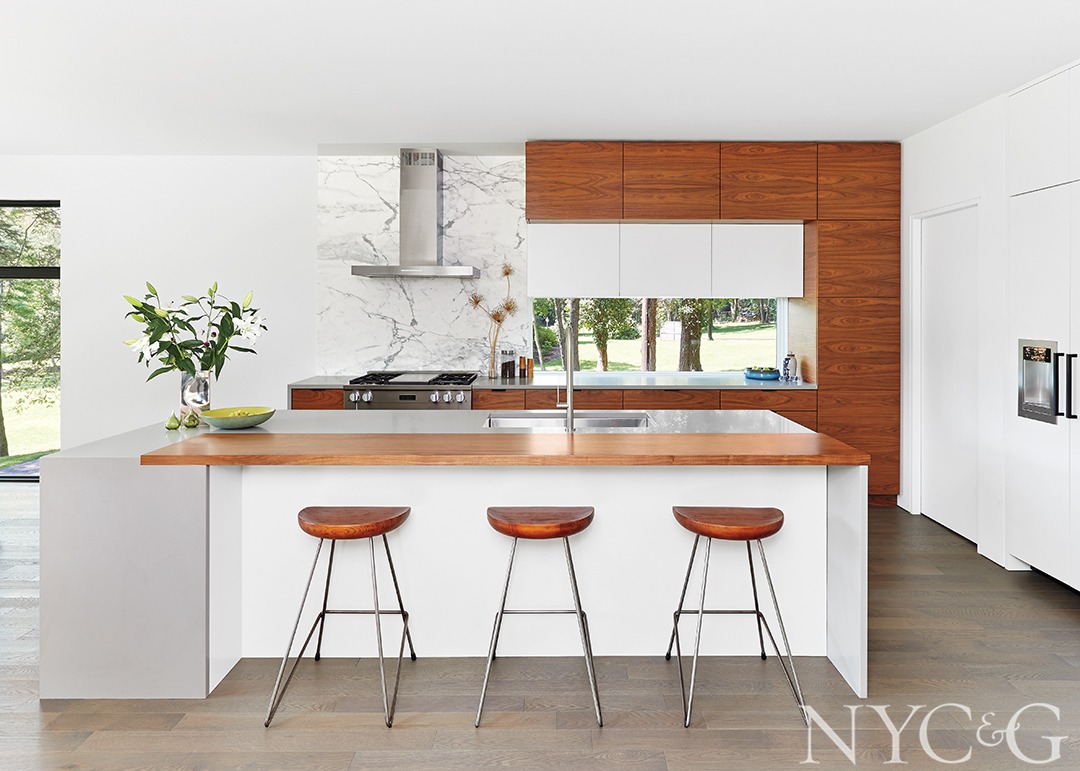 Deeply involved in all the design details, Sheehan picked out kitchen finishes such as the marble behind the stove and the quartz composite countertops. “Maya was super-clear and super-decisive,” raves Thread’s Elliott Maltby, whose business partner Mark Mancuso advises visitors not to miss the space’s minimalist pet door. (“As dog owners,” he says, “we were very excited about it.”) 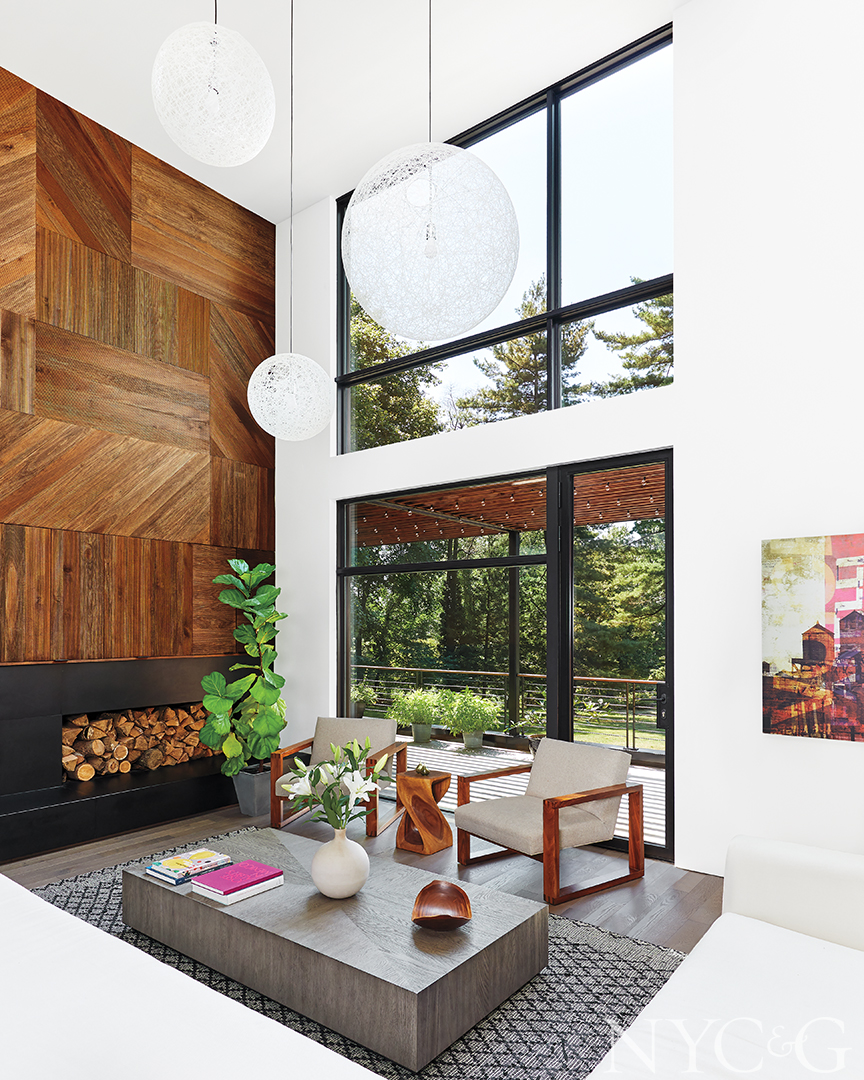 But the home’s pièce de résistance is arguably the living room’s spectacular fireplace surround, a confection of stained-poplar planks that were planed by the lumber mill to mimic corduroy grooves and arranged in a dazzling paneled patchwork. The surround’s boldly woven pattern is a “counterpoint to the rectilinearity of the house,” Mancuso notes.

Had Sheehan told her husband about the special addition, he “would have said I’m crazy,” she says, so she saved it as a surprise for his one and only walk-through. (Indeed, the architects didn’t meet him until the job was nearly finished.) His sole note on the design was a gimme: Please raise one doorway. A tall glass door leading to the backyard was installed, and now everyone is living happily ever after, in suburban Ardsley, New York.

The print version of this article appeared with the headline: Suburban Surprise.