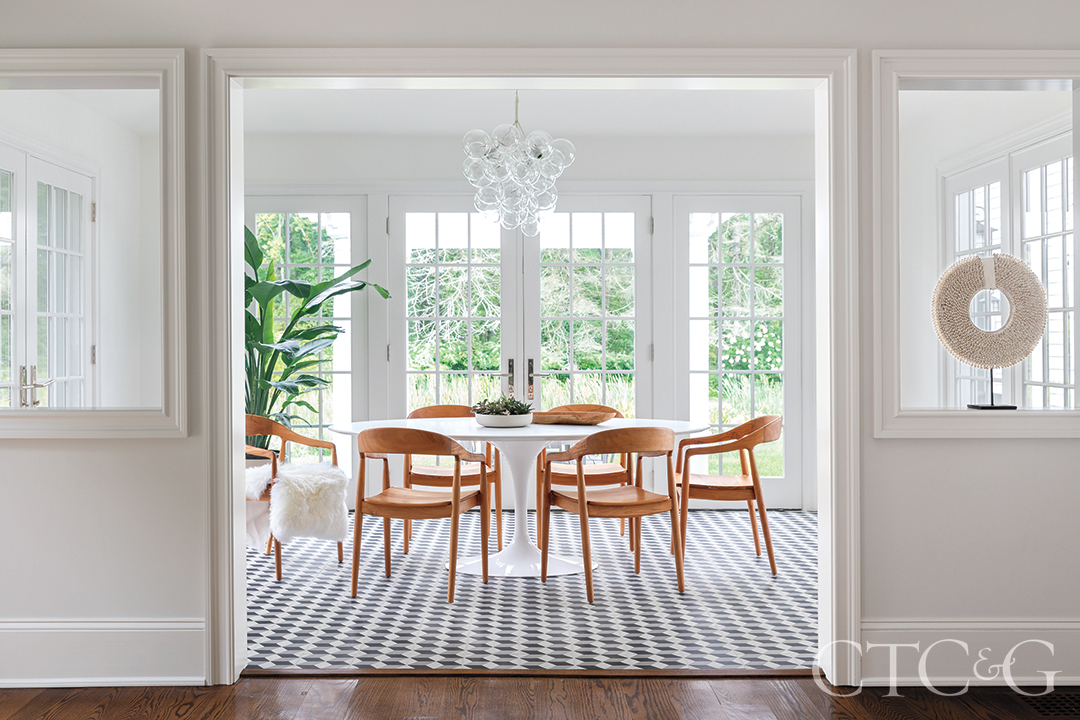 Denise Davies has long known that if she really wants to learn about a new client’s taste she doesn’t ask just about preferred colors and styles, materials or furnishings. Rather, the Weston-based interior designer hands each and every new client a questionnaire to fill out, with such questions as preferred coffee order at Starbucks, favorite TV show, ideal artist whose work they’d hang on their walls, do they cook or order in, and whether they want a house guest to stay for two hours, two days, or two weeks.

“The questionnaire is all part of my strategy in finding out about the character of a person and their style,” explains Davies, founder and CEO of D2 Interieurs. For the owners of this seven-bedroom Redding neo-Colonial— Lily Burns and her husband Tony Hernandez—Davies learned that “Lily definitely had a vision. Once I ‘got that’ and once I ‘got them’ as a couple, the job of designing and decorating these rooms was easy.” 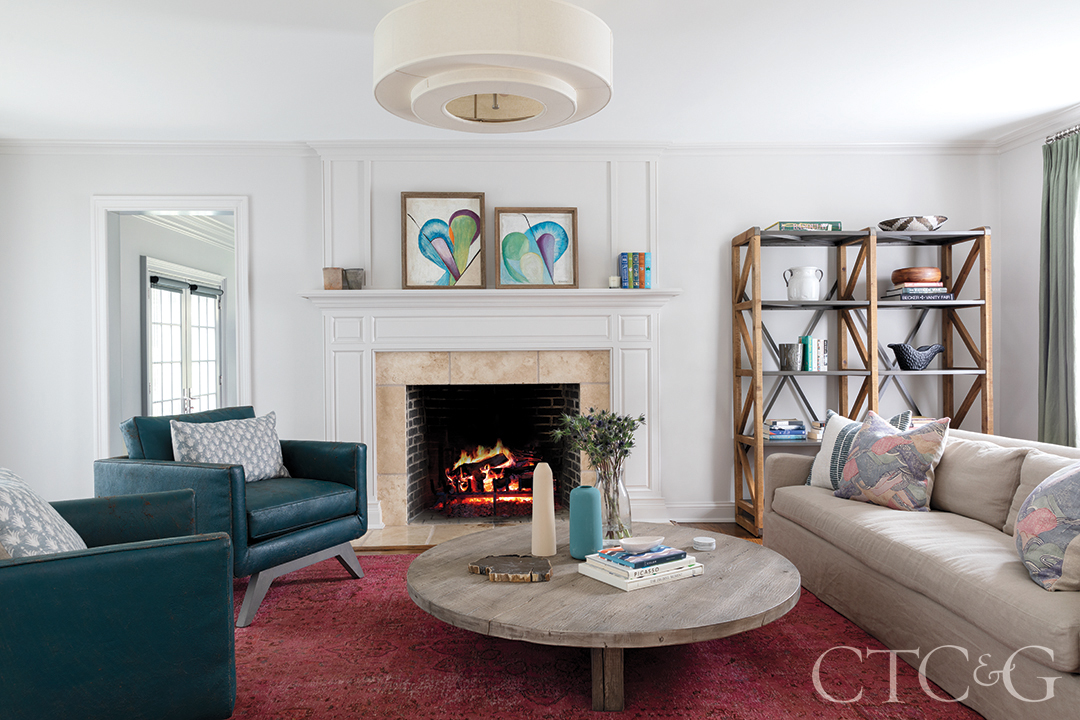 As the owners and founders of Jax Media—an award-winning film and television development and production company—Burns and Hernandez are used to devising and telling stories.

In terms of decorating drama, however, there was none—and for that, the homeowners and Davies are grateful. “I’m not a tinkerer,” says Burns. “I wanted all the decorating to be done and totally finished, so that my family could live here and not worry about anything and be cozy.” Although Davies and Burns forged a strong collaborative bond, the two worked together almost completely by virtual means. “We did the entire project by email,” recalls Burns, who admits to a working schedule that doesn’t allow for time to shop. She and Davies traded ideas, sent reference photos, and made decisions in tandem. 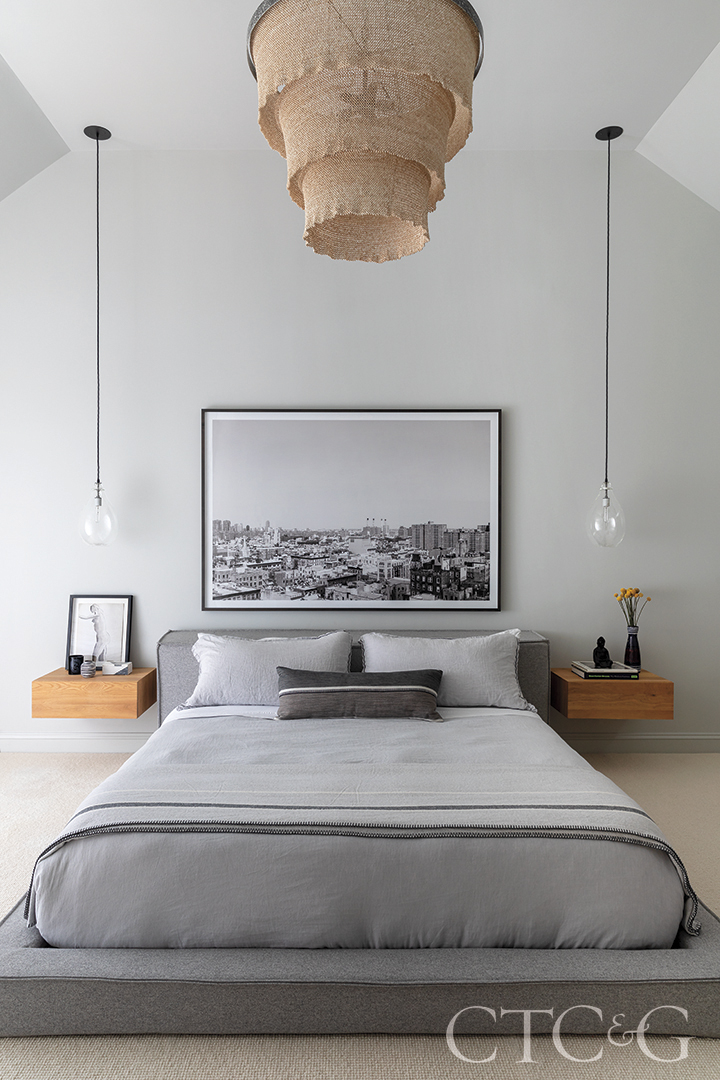 Davies discerned that Burns’s preferred aesthetic for this house was a clean, modern one, “but with soul,” Davies emphasizes. “Lily wanted a home whose soul reflected the bones of the house, that would remain true to the style of the house, which dates from 1925.” Davies chose what she characterizes as products and furnishings with an inherent warmth and natural, organic patina. She kept the palette neutral throughout to allow every piece of art and accessory to stand out, especially light fixtures, which Davies lik- ens “to the jewelry of a room.” 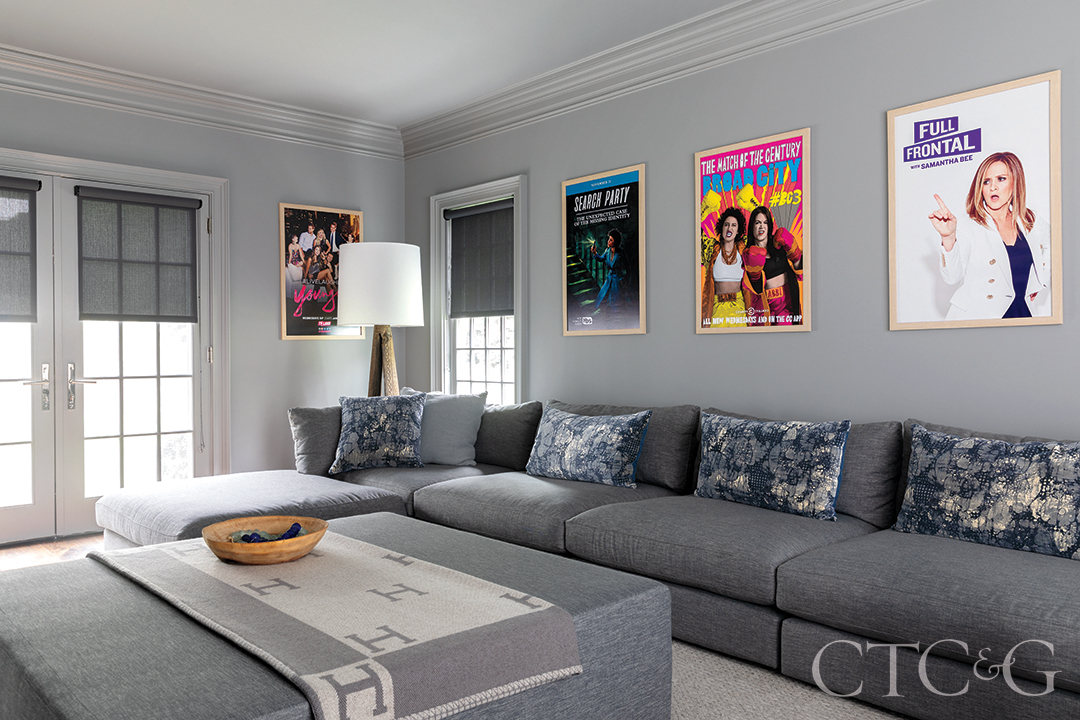 So brightly attuned is Davies to the lighting effect in a room that whenever possible she introduces three sources of lighting—for issues of function and decoration. Every room in the home features a notable, even sculptural, lighting fixture, especially apparent on the ceilings of the master bedroom, dining room, living room, and over the kitchen island. “You can have too many stars in a room, so I try to limit it to the lighting element,” says Davies.

This article appears in the September 2020 issue of CTC&G (Connecticut Cottages & Gardens).