Surprise hillside property in the Hamptons. 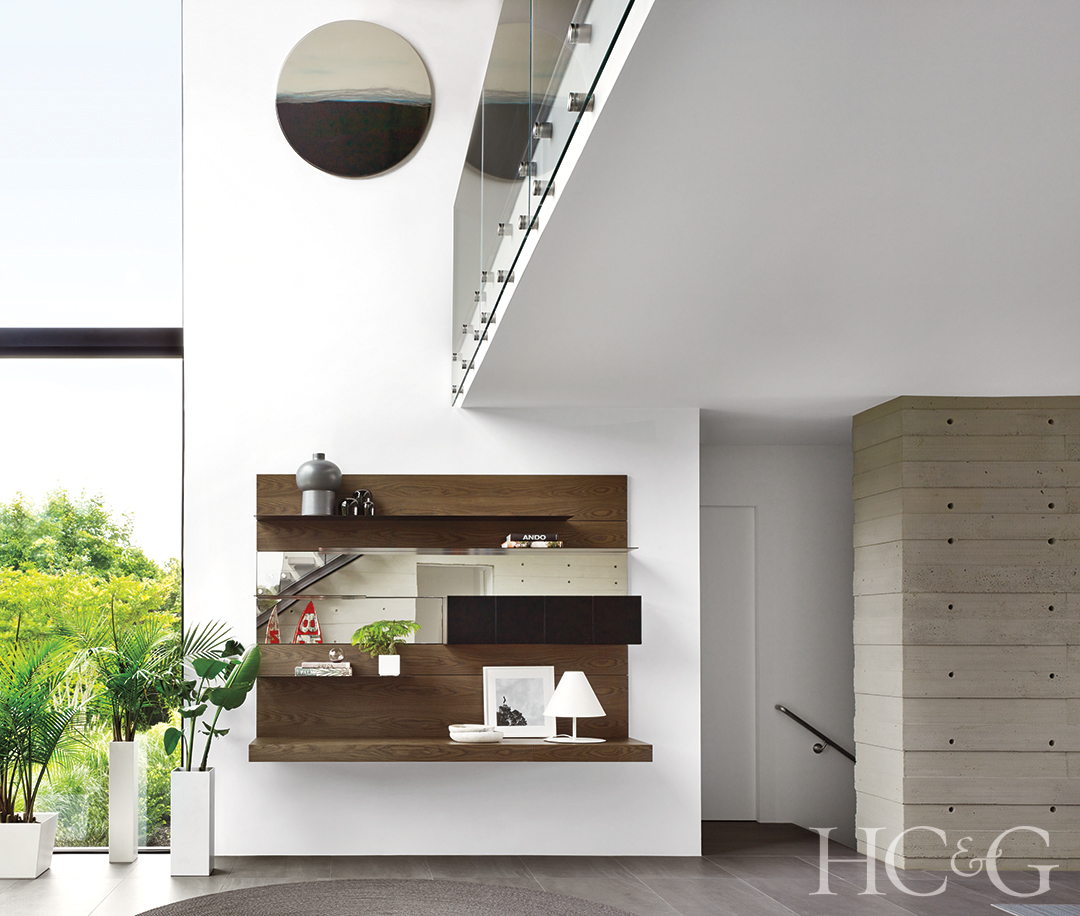 From Westhampton to Montauk, the storied estates of the East End have seemingly gobbled up all that’s left of key land remaining in the Hamptons. But for the intrepid explorer, there’s always a sweet spot begging for discovery.

As one heads east through the flats of Napeague, Montauk’s hilly terrain starts to reveal itself. Tucked along roads that often dip and curve like the Coney Island Cyclone, dramatic surprises often lie in hiding. High above one of these roads is a new Montauk house that fully embraces its stellar location. There is still hope to those in search for their dream pad. 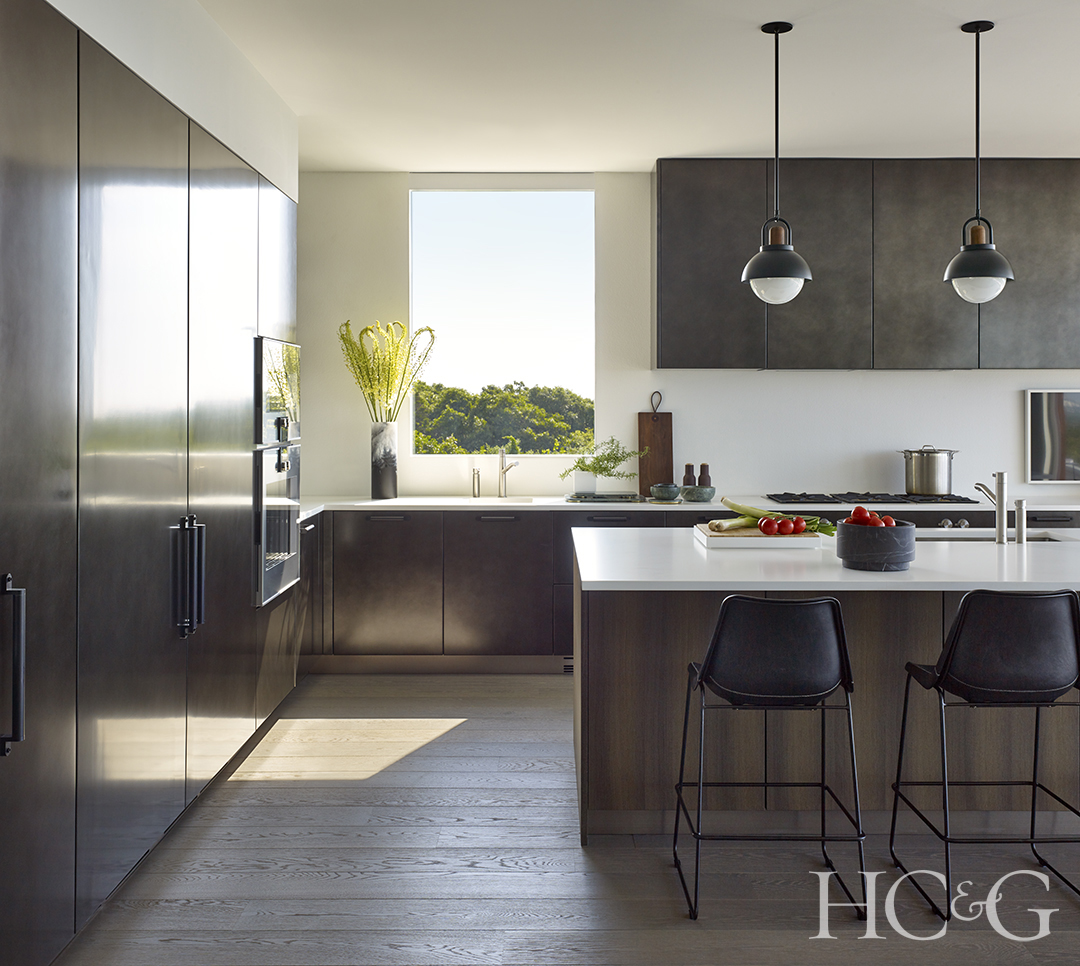 “My clients were looking for a property in the area and found this one, with its stunning ocean views, a few years ago,” recounts the home’s architect, West Chin. “Our firm designed one of the houses they had seen early on in their search for land, and they liked how we had maximized the views of the ocean. They hired us because of that house.” Such a visionary client is what keeps a new build from being either run-of-the-mill or an architectural flight of fancy.

The structure is “an honest house,” Chin notes. Materials, whether luxurious or ordinary, are equally expressed, from concrete and artificial stone to zinc, hurricane-resistant glass, and ipe wood. 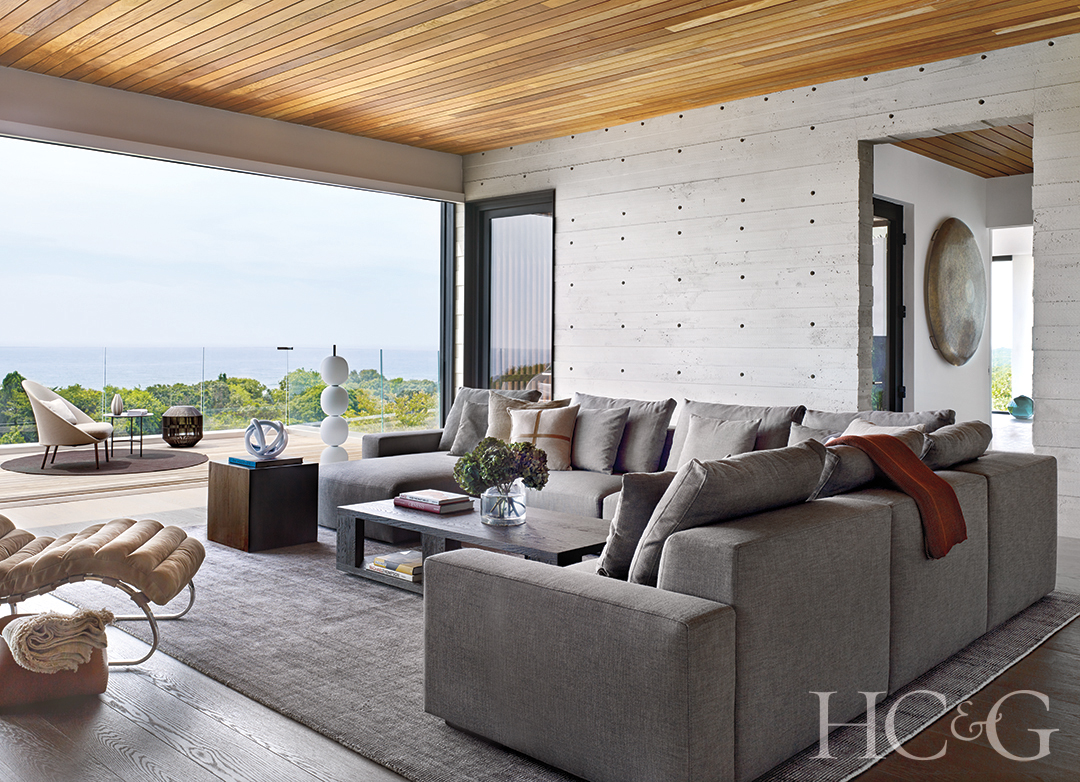 “The interior and exterior walls are exposed, board-form reinforced concrete, so the house is fluid, not hidden,” Chin explains. “And the almost-all-glass windows have very thin framing, which creates an inside-outside look.”

The achievement is evident immediately upon entry. Designed with purity in mind, the foyer’s cantilevered staircase immediately catches the eye. It is devoid of risers and features a glass handrail that accentuates its see-through quality. Even low-scale U-shaped sectionals in the primary living areas lack a few back cushions, emphasizing the airiness of this Montauk house. Outside, a muted palette of dark wood tones and black, white, and gray further defines the aesthetic at play. There is nothing stealing the show from the vistas of the Atlantic. 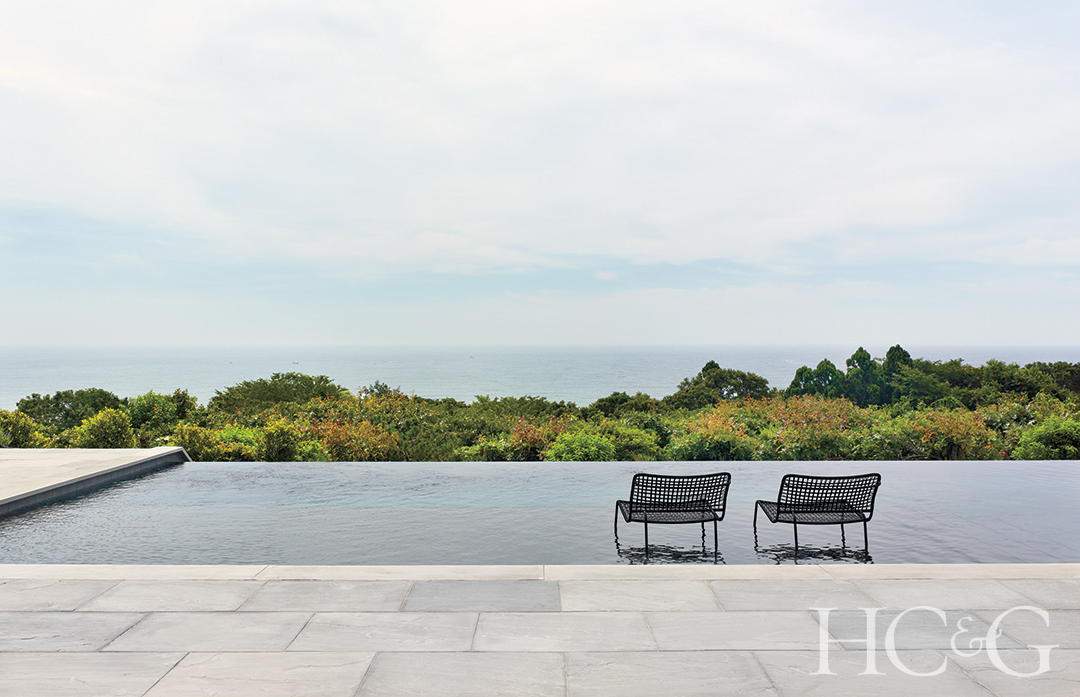 The indoor-outdoor aspect can largely be ascribed to Chin’s worldview. The son of an architect, he got his first design lesson at the age of 13, when his father handed him a sledgehammer to knock down a poorly installed cracked wall. “The rest is history,” Chin says with a laugh. “He didn’t encourage me to pursue architecture, but here I am anyway.”

Chin started his business as an interior designer with a design-build firm, but soon realized that the building component wasn’t a profitable endeavor. He received his architecture degree from City College in New York in 2004.

Specific teams in his office work independently and together. Chin says the setup, “creates a more harmonious environment for me and ultimately for our clientele.” “Both our architecture and design teams collaborate on a project such as this one from the outset, so you can’t help but have a better end product,” he adds.

Despite its deftly detailed architecture and limited color palette, the Montauk house doesn’t want for more. Instead, its carefully chosen materials give it comfort and warmth, even a certain glow. “My clients often say to me that they want a modern house,” Chin reflects, “but they don’t want to live in a museum.”

The print version of this article appeared with the headline: View to Thrill.

This article appears in the October 2020 issue of HC&G (Hamptons Cottages & Gardens).