See how leading winemaker Tara Gomez got her start. 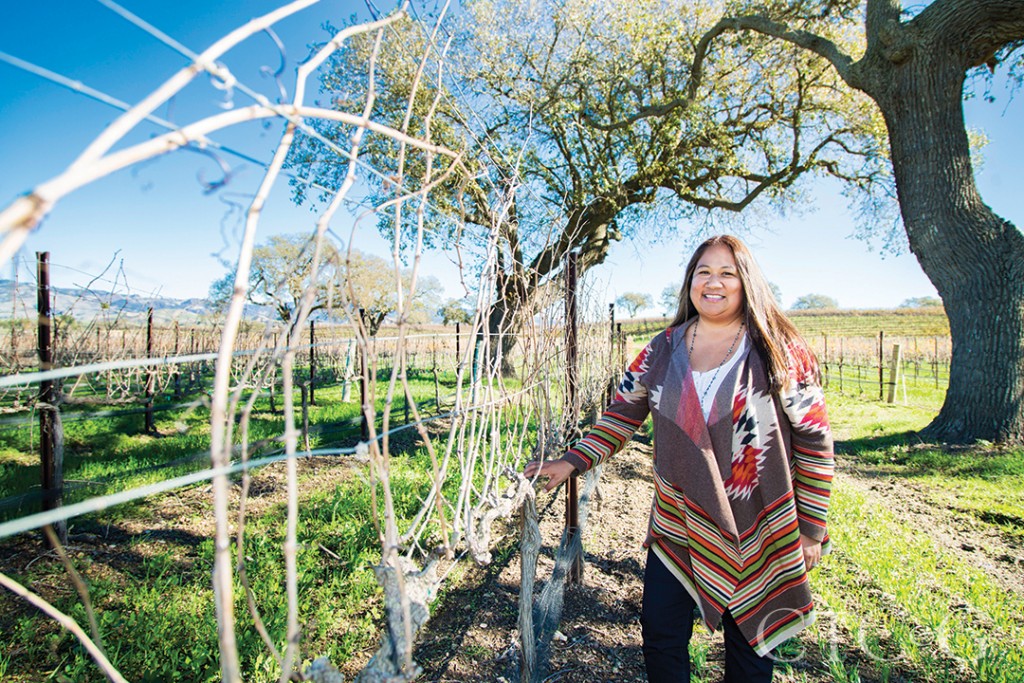 I have met many winemakers over the years, but none with a story quite like the one of Tara Gomez. Gomez hails from the Chumash Indians of California’s Santa Ynez coast. After her tribe gave her the financial support to pursue a degree in oenology, she returned home to make wine on the reservation where she grew up.

In the early 1900’s the Chumash became federally recognized in the area extending from Malibu to Paso Robles. “We are coastal Indians,” Gomez told me recently. “My band has 130 members. Our elders pass on and we have the younger generation of tribal descendants, which includes me.”
Gomez studied winemaking at Fresno State, then got an internship at Fess Parker Winery near her home in the Santa Ynez Valley.

Wanting to explore the wider wine world, she moved from there to Paso Robles, where she spent 10 years working at the prestigious J. Lohr Winery. While there, Gomez bought grapes and launched her own label as a side project, Kalawashaq’ Wine Cellars.

Eventually wanderlust—and a love interest— brought her to Europe. “One of my interns at J. Lohr took me to her home in Barcelona,” she says, “and we traveled throughout Europe’s wine regions.” Tara Gomez was interested in learning Old World winemaking, i.e., mastering elegant, lower alcohol wine. The intern, Mireia Taribó, eventually became her wife. 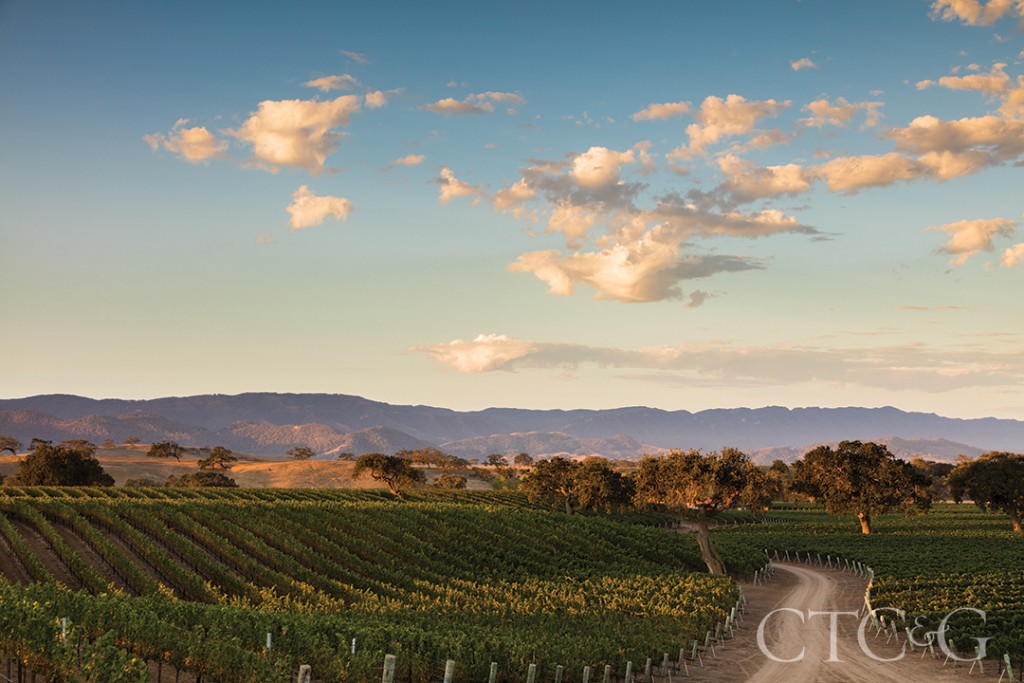 When Gomez returned to California, her reservation was in the process of acquiring a 1400-acre parcel from Fess Parker Winery, to build more housing. There happened to be a vineyard on the land. She had an idea for tribal leaders “Now we own a vineyard in prime wine country, so why not et into the wine industry?” she suggested. They were resistant. “You can take three tons of grapes, make wine, and we will taste and decide whether this project moves forward,” they responded.

“In 2010, I made a ton each of Cabernet Sauvignon, Syrah and Grenache. And to this day I strongly believe that was my best vintage,” Gomez recalls. The wines were not released until 2013 because it took time to develop the brand, Kitá.The critics raved about Kitá’s 2010 and 2011 vintages when they were released together. “I was thrilled and surprised,” Gomez says.

Her secret? Making elegant wines with lower alcohol in the style she encountered in Europe. “You have to pick early when the grapes are not too ripe,” she says. “Everyone was saying, ‘Who is that girl from the tribe and why is she picking so early?’ Well, my goal was to preserve the freshness in the grape while maintaining its natural chemistry. It is daring.” Gomez’s daring extended to reviving her original project, Kalawashaq’, in partnership with her wife, rebranded as Camins 2 Dreams (meaning “the paths we followed led us to our dreams”). 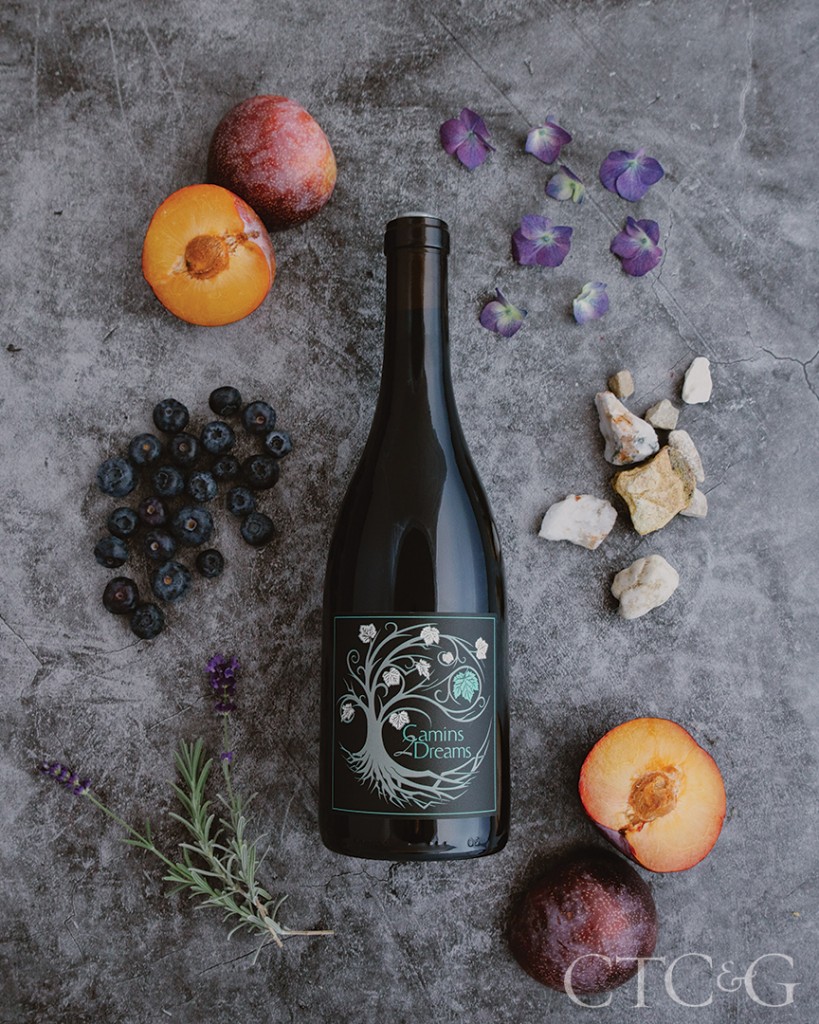 Camins 2 Dreams Syrah with its aromas of violet, blueberry and plum.

Their focus is on natural winemaking. They are making Syrah, Grüner Vetliner and Grenache. On their first vintage, they scored a 95 from Wine Enthusiast for their 2018 Syrah. “During my travels in the Rhône, I went to the little region of Saint-Péray,” Gomez says. “They make sparkling wines from Marsanne and Roussanne grapes. This inspired me to make a sparkling Roussanne, soon to be released.” Stay tuned for more dreamy natural wines from Camins 2 Dreams.

Grüner Veltliner 2019—With grapes stomped by foot, this unfiltered Grüner has floral, lime and pear aromas, and nectarine and flint on the palate. ($40)

Syrah 2018—Fermented with wild yeasts, this Rhône-style Syrah shows violet and lavender perfume and blueberry fruit, and vibrancy and spice on the finish. ($50)

T’aya 2018—An aromatic southern Rhône blend of Marsanne, Roussanne and Grenache Blanc, T’aya expresses honeysuckle, citrus and peach notes and a creaminess from aging on lees. ($27)

Grenache 2017—This expressive wine with bright acidity has cranberry and raspberry aromas and a unique mix of savory and sweet flavors of strawberry, clove, damp forest and dried orange. ($43)

Kalaš 2018 –A Merlot-dominant Bordeaux blend, Kalas has lovely black currant, blackberry and espresso flavor. It is medium-bodied, earthy and spicy. ($45)

The print version of this article appears with the headline: An Original.
Subscribe to C&G

A Change in Course: How MERZE Lifestyle Was Born