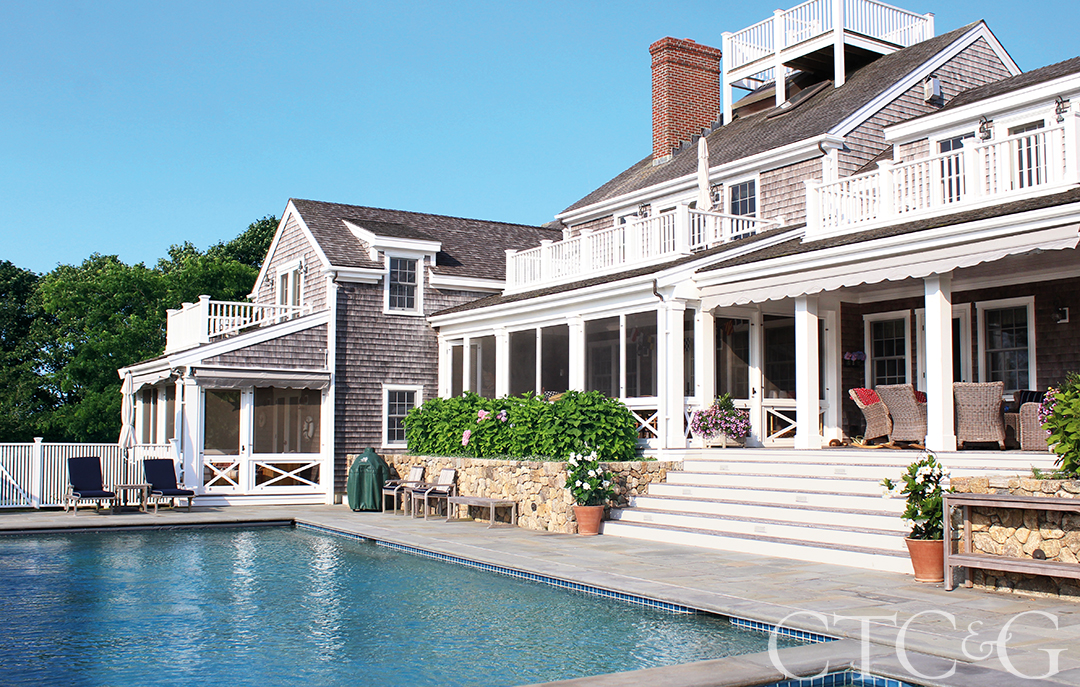 Although the ocean lies just outside the windows and porches of this Nantucket house, the family who lives here never feels lost at sea. Part of their and their interior designer Anthony Baratta’s goal was to fill the rooms with ocean-inspired objects—lighthouses, boat rudders, ships’ wheels and painted compass faces.

“The client and I assembled all of the props that reference the sea,” explains Baratta, “with some of them purchased from my antiques shop in Westhampton, others coming from my personal collection, and still others that the client and I found together while shopping. I like nautical décor, and finding the kinds of objects we’ve put in these rooms is like a treasure hunt for me.”

Before setting sail on the interior design for the home, which includes a four-bedroom main house, a separate guesthouse and a freestanding sports barn filled with family-friendly games, Baratta established a color palette. “That’s the first thing we do at my firm, pick out the main colors that will be used,” he says. For this project, that spectrum included red, yellow and a light blue/gray/green. “We establish the colors not by paint color, but through the fabrics,” notes the designer. “We shop all the fabrics and work those colors through the whole house.”

Baratta is not afraid of color—and any client who hires him can’t be either. One of the real coincidences of this project, Baratta relates, is that he and the client were each traveling in India concurrently, but not together. “When we both returned, we shared a lot of the same stories and the sense of color you find in India,” he says. “You never forget the colors there. We shared in the beauty of what we had just seen and how color affects people and design.” 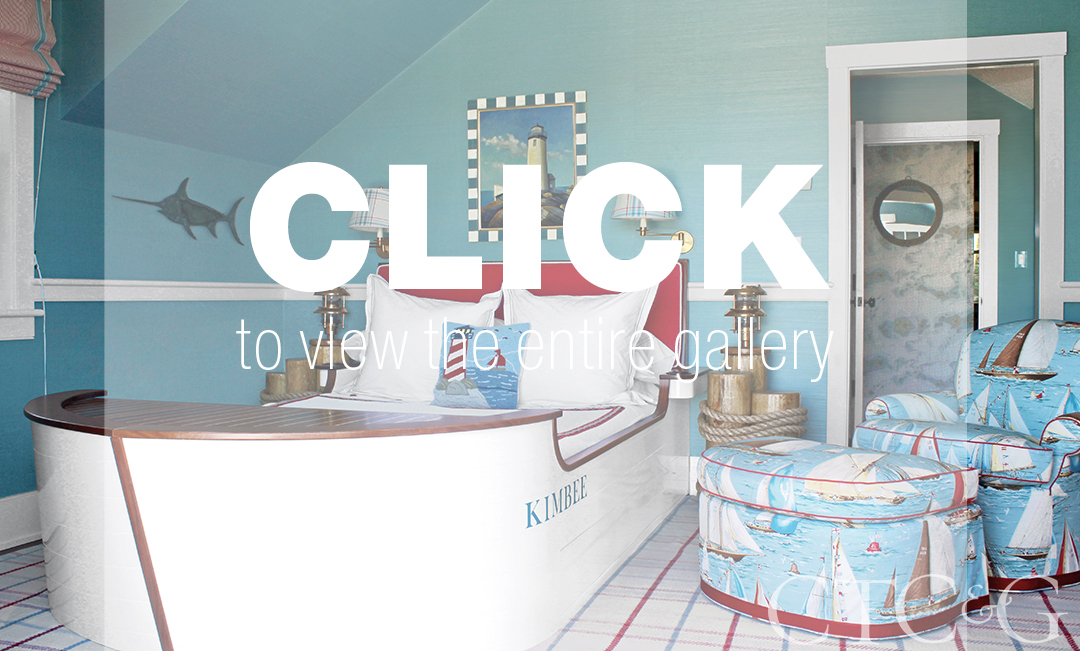 Although the hues in the Nantucket house are decidedly on American paint charts, the embrace of seemingly disparate bright colors does reference the Indian culture. Unabashedly red wing chairs and red walls anchor parts of the living room and master bedroom, while sea-blue braided rugs, painted floors and ceilings figure into the horizon of other areas of the home. Beds resembling yacht cabins beckon the clients’ grandchildren, and a wooden ladder positioned in the husband’s private study leads to a widow’s walk.

While the nautical motifs used throughout the home are whimsical and fun, they are never clichés. Baratta created tailored roomscapes of furnishings and objects. “This is a very lovely, elegant summer house, and so I was more inclined to use classic, traditional upholstered pieces, but ones that still had a sense of fun,” Baratta emphasizes. “For a house like this, it’s not just about throwing things in spaces.” Indeed, rooms are so carefully configured that they echo the order and function typical of a ship’s cabin.

Among the spaces with which Baratta had particular fun is on the spacious covered porch. There he used custom-made rattan furniture, produced by what he calls the gold standard of rattan makers—the family-owned Bielecky Brothers of Queens, New York. “I rarely get to use this firm because many people don’t understand the difference between the quality of their rattan and what you find on the market,” says Baratta. “This very fact represents to me the level of trust from this client.” The furniture he chose and commissioned sits on a painted surface depicting anchors and other nautical symbols.

This project also reflects Baratta’s inherent design ethos: unpretentiousness. “I didn’t want everything in this house to be precious,” the designer stresses. “I learned early on in my career that great designers mix high and low, expensive with inexpensive finds. That’s the real lesson of great decorating.”

A version of this article appeared in the February 2018 issue of CTC&G (Connecticut Cottages & Gardens) with the headline: Making Waves.

This article appears in the February 2018 issue of CTC&G (Connecticut Cottages & Gardens).