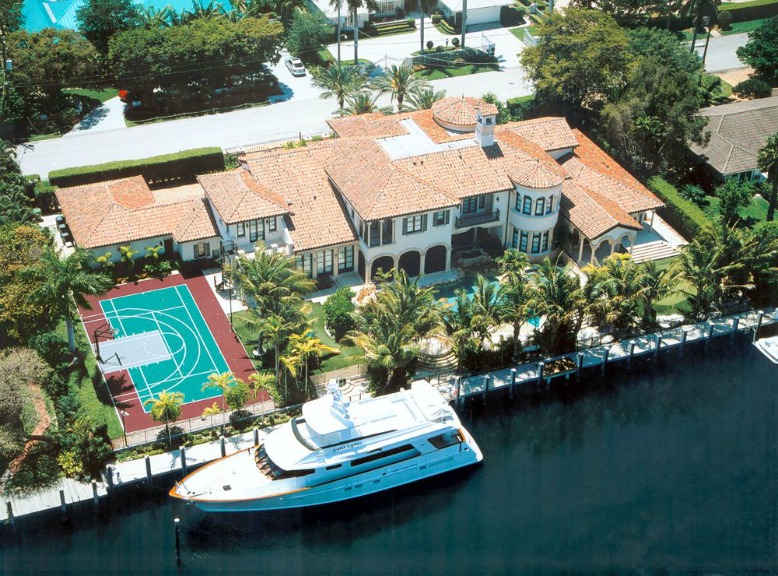 As a seven-time NBA All-Star and two-time Olympic Gold Medalist, you could say Scottie Pippen is kind of a big deal. His time playing for the Chicago Bulls alongside Michael Jordan earned him six NBA titles and a spot in the Basketball Hall of Fame. In 2000, it also allowed him to buy his 10,484-square-foot dream dubbed "Villa Del Lago." Gilles Rais of Coldwell Bankers has the listing.

The Randall Stofft-designed waterfront property has been on the market since 2009 and has dwindled in price from $16 million to $10.9 million, according to Realtor.com

As it waits for the perfect buyer, the Italian-style palace is available to rent at $40,000 a month.

In addition to the assumed NBA-size basketball court, the estate features a 205-foot-long dock. The pool impresses with elegant waterfalls, a pool, a sunbathing platform, spacious patio and putting green.

Inside, renters can spread out in the six-bedroom haven and spend rainy days watching movies in the home theater or working out in the basketball legend’s personal gym.

As Pippen tries to part ways with his luxurious home, the retired Bulls player is also in the midst of a dramatic divorce with wife Larsa Pippen.