Nearby Residents Oppose the Luxury Development in Brooklyn Bridge Park 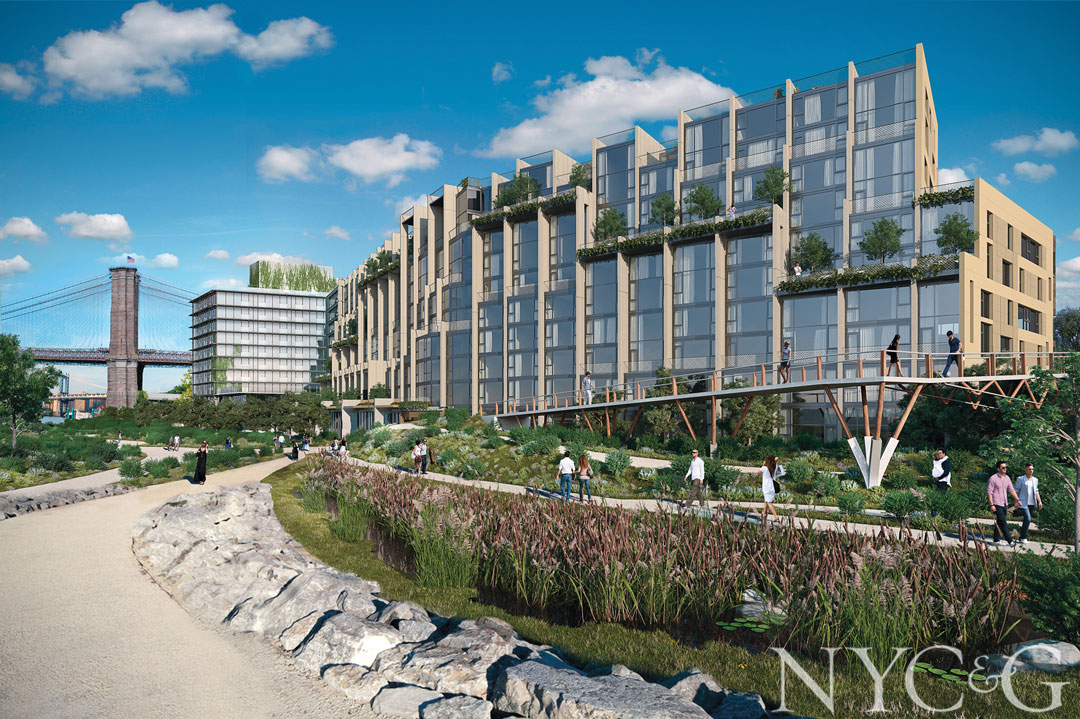 For years, the decrepit piers near the Brooklyn Bridge on the east side of the East River sat abandoned, and the idea of a park taking their place was a mere pipe dream. But since 2010, Brooklyn Bridge Park has been delighting New Yorkers and tourists with its 85 acres of playgrounds, food venues, athletic activities, and sprawling lawns—although it has its detractors. Luxury condo development within the park has ruffled some feathers, particularly those of residents in adjacent Brooklyn Heights, who claim that their views of the river and the Manhattan skyline have been usurped.

So how much real estate development is appropriate inside a public park space? Although city and state funds paid for the park’s construction, it is maintained by the nonprofit Brooklyn Bridge Park Corporation (BBPC) and funded solely by commercial endeavors and residential buildings located inside its borders. At the park’s genesis in 2002, says BBPC president Regina Myer, “we set forth an agreement that it would be self-sustaining and rely on development sites for support. In 2016, we have fully executed on that model, and it’s working.” Since opening, the park has taken in $70 million, and future development is expected to deliver $115 million up front through lease agreements with developers, plus $2.7 million per year after that. According to Myer, the park needs just over $100 million up front and $3 million per year in ongoing revenues to sustain itself.

Much of the development that will fund the park is slated for completion by year’s end. Pierhouse, a glass-walled condo-hotel hybrid, will welcome its first tenants this fall, while residents have already begun moving into One John Street, a condo building nearby. The Empire Stores, long-abandoned warehouses that are being converted into retail, office, and restaurant space, will also make their debut. And in June, the BBPC approved a proposal for two apartment towers on Pier Six, the final phase of the park’s residential development. Currently in the design stages, it calls for 140 rental units—100 of which are to be set aside for affordable housing—and 126 market-rate condos. 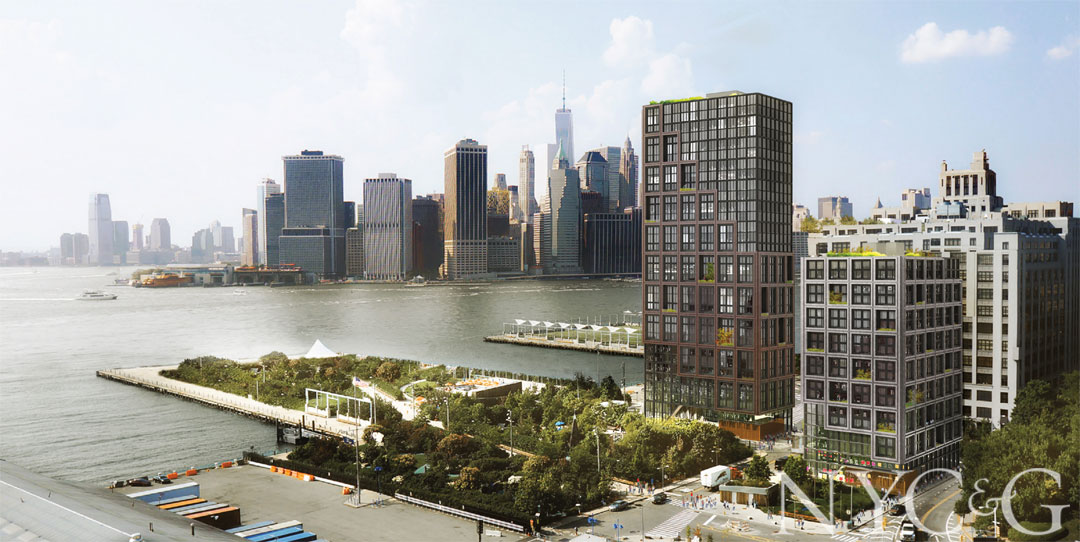 Late last year, the 106-year-old Brooklyn Heights Association (BHA) filed a lawsuit in tandem with the Save the View Now (STVN) coalition against Pierhouse, claiming that the new building encroaches on the Scenic View District (SVD) that protects vistas of the Manhattan skyline from the Brooklyn Heights Promenade. “The Brooklyn Bridge Park Corporation has worked overtime to build as large and as much as they can in an area that’s supposed to be a park,” says STVN’s Steven Guterman. But the lawsuit, which sought to limit the height of Pierhouse’s penthouse level, was tossed out at the end of July, and a similar lawsuit filed by STVN was dismissed last September.

On top of concerns regarding the SVD, opponents argue that the Pierhouse and One John developments provide enough funding for the entire park, eliminating the need to build the newer housing at Pier Six. “In a few years, the park will have an $800 million surplus,” says Judi Francis of the BHA, which has also filed a lawsuit against the impending Pier Six development, claiming that the BBPC undervalued its potential revenue. The BBPC says the figure is inaccurate, asserting that the methodology used to obtain the number doesn’t take into account the park’s latest financial model filed with New York City’s Department of Finance. (The BHA’s figure comes from a report by the real estate consulting firm Rosin & Associates.) The park confirms that it is raking in more money than it originally projected 10 years ago, but BBPC representatives explain that they’re also dealing with higher expenses and essential marine infrastructure repairs that have led them to recalibrate their initial budgets.

One thing remains certain: Park real estate is hot, and people are willing to pay top dollar for it. The most expensive condo ever sold in Brooklyn is an $8.9 million unit at One John, and prices at Pierhouse were raised six times during the first 10 weeks of sales. “It was a perfect storm,” says AJ Pires, president of Alloy Development, the company behind One John, regarding the building’s prime park location and New York’s still-robust real estate market. “People see the park’s success and are attracted to the high quality of life there.” David von Spreckelsen, president of Pierhouse developer Toll Brothers City Living, adds that “demand is so strong” for the building that prices are averaging $1,800 per square foot (the average price per square foot for sales in the Brooklyn Heights area at the beginning of 2016, according to Corcoran Group Real Estate, was $1,134). It seems nothing is slowing down interest in the city’s newest waterfront Shangri-la. “Nearly four million people a year visit the park,” says Myer. “It’s our job to help bring the vision to fruition.”