Actors Neil Patrick Harris and David Burtka have been residents of New York City for years. But now, they are planning to spend more time in East Hampton and switch to renting in the city. That means selling their Harlem townhouse. Have you met this Harlem home? Transformed by the couple into an enclave of eclectic and inventive design, the abode just listed for $7.325 million.

Harris and Burtka purchased the home in 2013, three years after the birth of their twins and one year before they married. They picked up the spread, which was formerly a bed and breakfast, for almost $3.6 million and converted it into a single-family residence. However, it needed more work to become their family home.

Embarking on a thorough renovation, the pair brought on LA-based designer Trace Lehnhoff to oversee the project in collaboration with NY-based architect Jeffery Povero. It unfolded over 14 months, according to Architectural Digest. 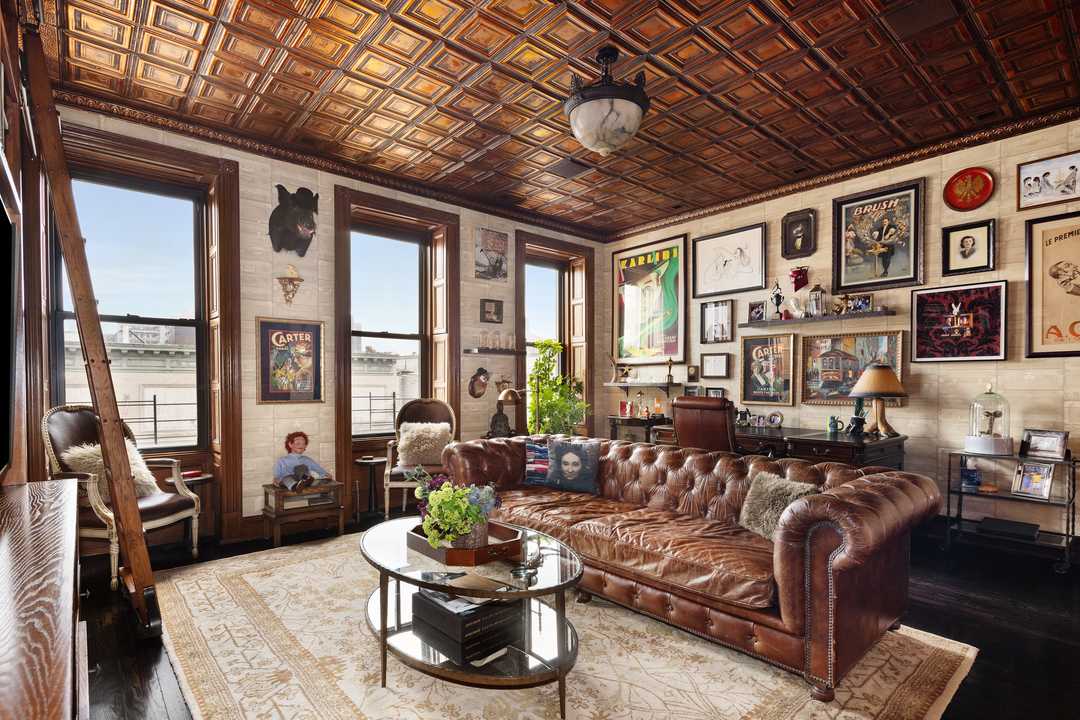 Photograph by Will Ellis / DDreps

The home’s five stories highlight beautiful details throughout. Original wainscotting and a restored staircase harken to its 1908 inception, existing with a thoroughly modern kitchen. In total, the brownstone boasts five bedrooms, plus charming spaces like a vintage bar, music room, home theater, wine cellar, and rooftop terrace. There are many decks to enjoy, with the primary suite taking the cake as it has a Jacuzzi just outside its doors. On the top floor, the actor’s office offers another surprise, sitting whimsically behind a trick door.

Vickey Barron and Pacey Barron of Compass hold the couple’s one-of-a-kind Harlem listing, which the NYT first reported is for sale.

But, this isn’t the only celebrity home bursting with personality listed in Manhattan. Jimmy Fallon’s colorful penthouse is asking $15 million further downtown.