An interiors maven and a builder realize the home of their dreams in the Hamptons. 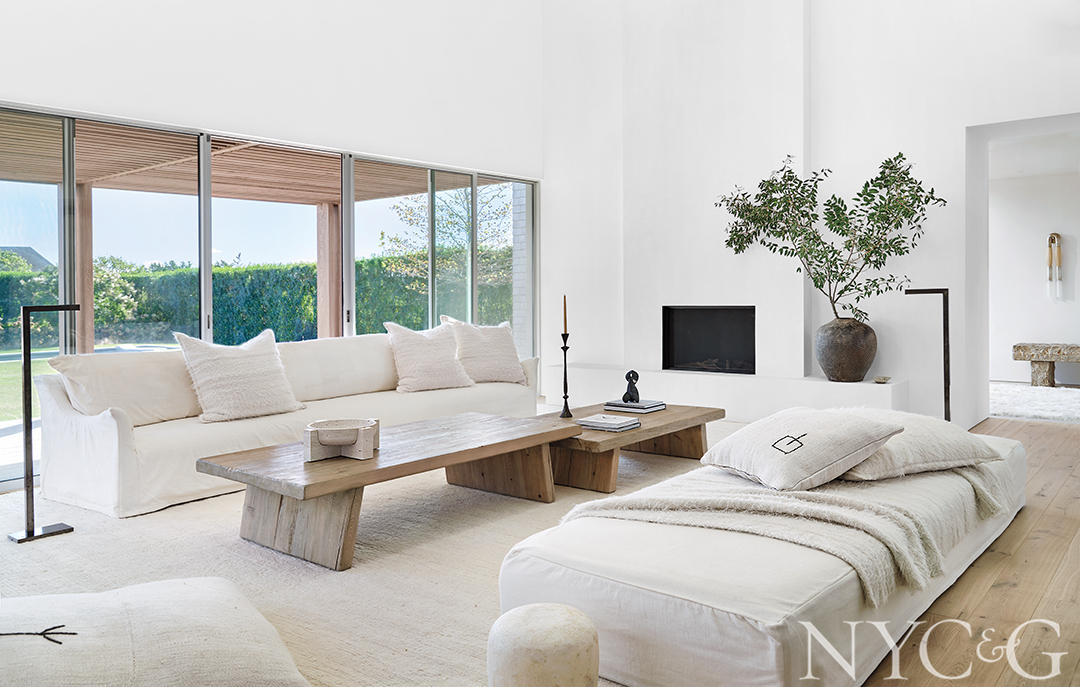 Living room furnishings include a sofa, custom bleached-pine tables, and a handwoven wool area rug, all from Michael Del Piero Good Design. The sofa is covered in a linen-cotton blend from Fabricut. Photograph by Trevor Tondro.

If your clients are an interiors aficionado and a builder of homes, does that automatically guarantee a design success story? Not necessarily, but in the case of the residence featured on these pages, the combo was a slam dunk. Stephanie Michaan and her husband, Doug Bocchino, had outgrown the 2,000-square-foot farmhouse they had lived in since relocating from New York to Bridgehampton seven years ago. Now, with a baby on the way, their expansion needs became more pressing, so they decided to reach out to architecture firm Stelle Lomont Rouhani to explore ways in which they could reconfigure and expand the tight layout. “We initially thought we could use the existing foundation,” recounts architect Viola Rouhani, “but we ended up building a new structure that speaks to the site in a more sensitive way.” The 5,000-square-foot four-bedroom abode skews minimalist, but maintains a connection to the area’s agricultural history. “The Alaskan yellow cedar shingles and vertical siding will weather to a beautiful silver-gray and become part of the meadowlike landscape,” Rouhani comments.

“Our house walks a fine line between modern and traditional, which is what Stephanie and I had always envisioned,” says Bocchino, who, as the co-founder of Bocchino Theisen Builders, had the opportunity to act as his own client for the first time. “I’m normally very decisive, but I second-guessed myself a lot when it came to my own house. Since it’s the first home we’ve built together, we wanted it to be perfect.” At the top of couple’s wish list: an abundance of natural light. “Our previous house had great light, so it was important that we didn’t lose that,” says Michaan, the proprietor of the Interior, an e-commerce site specializing in luxurious, almost ethereal-looking home accessories. “We also wanted high ceilings, an open-plan concept, a media room to house the television, and a super-functional primary suite.” To achieve this, Rouhani and her team divided the residence into two volumes: One contains the main living areas and two upstairs bedrooms, and the other the media room, a wide hallway that doubles as an office, a guest room, and a primary suite. “Strategically placed floor-to-ceiling glazing and skylights,” Rouhani says, “create a magical light show throughout the day.” 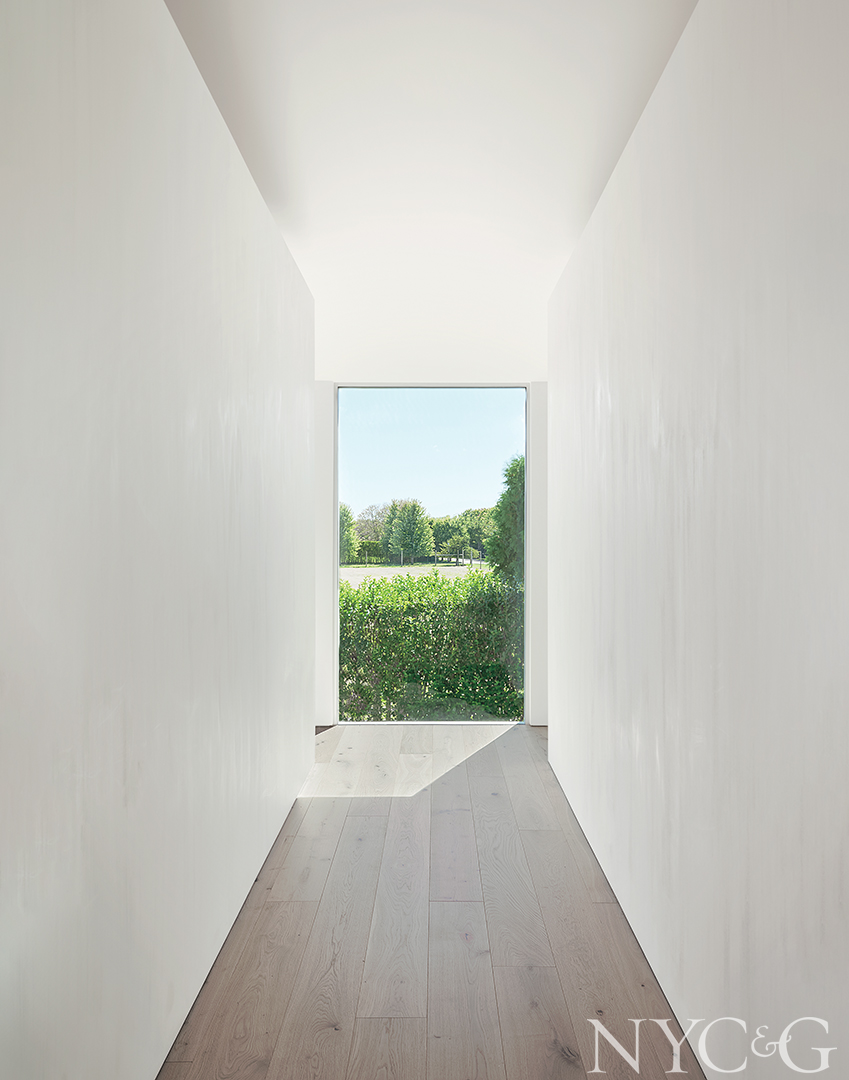 For the interiors, the couple called on designer Michael Del Piero, who owns a shop in Wainscott, in addition to a design studio in Chicago. “I love Michael’s store because it’s layered, textural, and beautiful, without a lot of color,” Michaan says. “I have always gravitated toward neutrals, so we knew the house would be predominantly white, gray, beige, and black. The one exception is the media room, which incorporates two of Doug’s favorite colors, olive and ocher.” Fortuitously, Del Piero had had the opportunity to visit Michaan’s brick-and-mortar shop in East Hampton prior to its closing not long ago. “The first time I walked into Stephanie’s store,” recalls Del Piero, “I felt a kindred spirit. I thought, This is my soul sister! For her home, we focused on neutral surfaces with texture, such as plaster and lime wash, and I encouraged her and Doug to introduce more wood accents into the equation to match the oak flooring. They both appreciate quality and beauty, and the home isn’t overly styled or layered. It’s approachable, functional, and serene.” In this case, it seems, the notion of “shop talk” took on extra meaning, with a happy builder joining in on the fun. “Modern can be stark and cold,” Bocchino says, “but Michael’s aesthetic lends a much-needed warmth.

The print version of this article appears with the headline: Modern Romance.

This article appears in the May/June 2022 issue of HC&G (Hamptons Cottages & Gardens).