In Larry Lederman's book titled Magnificent Trees of New York Botanical Garden, he celebrates the garden's trees through a series of beautiful photographs. "This was my way of expressing my feeling for the subject matter," he says. 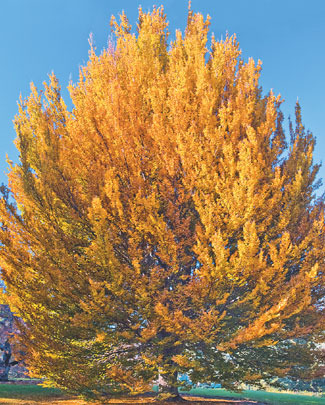 NYC&G: Your new book, Magnificent Trees of the New York Botanical Garden [Monacelli], is filled with your photographs of the Garden’s trees. What compelled you to document them?
Larry Lederman: They actually aren’t meant to be documents. I’ve always enjoyed looking at trees, and the photographs are really just a way of expressing my feeling for the subject matter. I show the trees in context, in the way that one experiences them. The book is about the beauty of trees.

Why focus on the New York Botanical Garden’s trees?
I decided I would confine myself to a familiar, large space. The New York Botanical Garden has more than 30,000 trees on 250 acres, including a 30-acre forest. I’m a lawyer and I’ve spent my life indoors, but now I’m spending more time outdoors and getting in touch with nature. The Garden is perfect because you can really get to know it well. It’s walkable, extremely diverse, and a real portal to nature.

What inspires you about the Garden’s Thain Family Forest?
It’s a native forest where invasive species have been kept out, and it transports you in time: It’s the same today as it was before the Pilgrims came. There are all kinds of animals there, and it even has falls on the Bronx River that powered the old Lorillard snuff mills in the 19th century.

Do you have a favorite tree in the Garden?
I revisit a number of the ones I’ve already shot previously, like the trees just inside the front gate. I’m so familiar with them that they seem like an old friend. I took a photo of a sour gum tree in the fall with no leaves and a backdrop of trees with lots of color behind it. It has a lovely structure and a slight tilt to it. A tree doesn’t have to be huge or venerable, but it needs to have a bit of character to be a favorite. 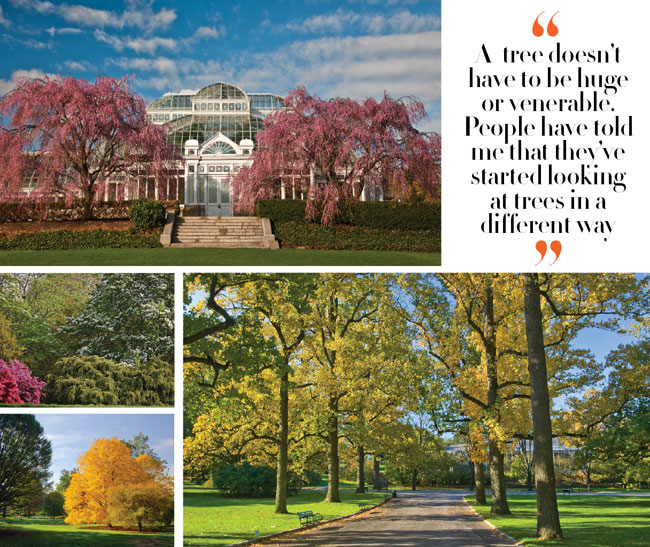 When did you start showing your photography as art?
I was at the Four Seasons restaurant in 2009 and happened to have a conversation with co-owner Alex von Bidder about some photographs of trees in the lobby. I told him that I also photographed trees and later showed him some of my work. We did a small exhibition of them in fall 2010; the prints sold out, and the proceeds went to the Garden. I had also done some calendars for the Garden that were quite popular, and the Garden realized it was a serious pursuit of mine. Over time people familiar with my work have told me that they’ve started looking at trees in a different way.

The book covers many of the same trees throughout the seasons.
That’s what makes it distinctive. The photos span across a very long period of time. Most photographers shoot a garden in a few days; this book includes photos I’ve taken over a number of years. And I love the change of seasons. Within each season, even, there are three or four different periods. Things are constantly changing, and I’m always looking forward to the next season.

What trees deserve to be better known?
Beeches are great trees, with bark that looks like elephant hide and often colored leaves, especially the copper beeches. And common trees, which make up the bulk of our forests, are great too. Even with a common tree, you can still have a wonderful experience.