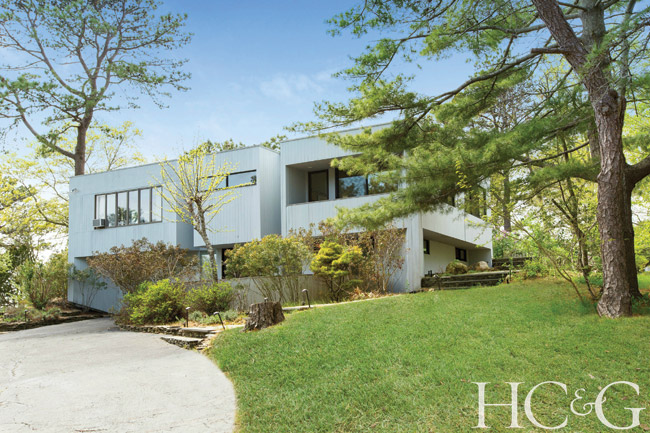 Not looking to build but still want something pretty groovy? Consider 41 Hildreth Avenue in Bridgehampton, a 1975 contemporary designed by Gene Futterman, one of the “big three” Hamptons architects of the 1980s (Jaffe and Gwathmey being the other two). A boxy structure with a conical section that encloses a spiral staircase, 41 Hildreth has been on and off the market for the past two years and was re-listed last fall after the current owner installed a pool in the front yard (the house’s backyard sits adjacent to wetland). “Futterman’s design will appeal to a buyer who wants an authentic modern that can’t be re-created,” says Corcoran’s Michael Schultz, who has the $1.595 million co-listing with Susan Ryan. Harry Bates—one of the first practitioners of the 1960s modern beach house—was the original architect of 13 Westway Drive in Southampton, recently listed for $4.895 million with Corcoran’s Holly Dunham and Katie Milligan. The 1985 home was renovated and expanded in 2004, with a pool house that boasts ocean and Shinnecock Bay views. 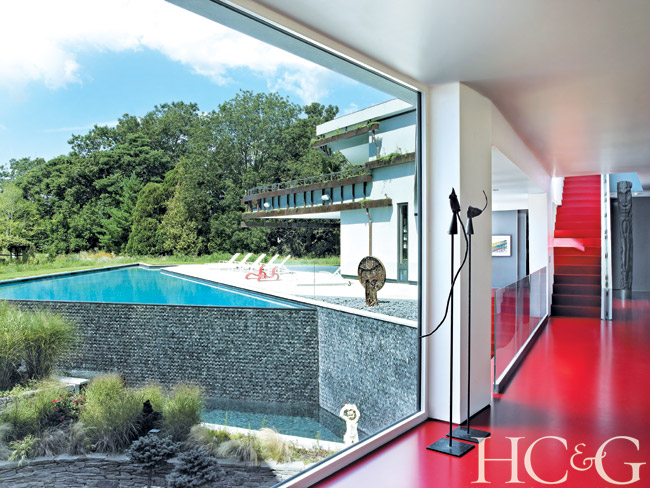 One of East Hampton–based architect Maziar Behrooz’s projects, a retooled Wainscott home originally designed by Alfredo De Vido, was listed in May for $17.5 million with Beate Moore of Sotheby’s. “We had a strong piece of architecture to begin with,” says Behrooz, “but shifted the geometry of the addition to turn the house toward the sun, so the rooms would get lots of light.” The nine-bedroom, triangular-shaped home was featured in HC&G last summer.