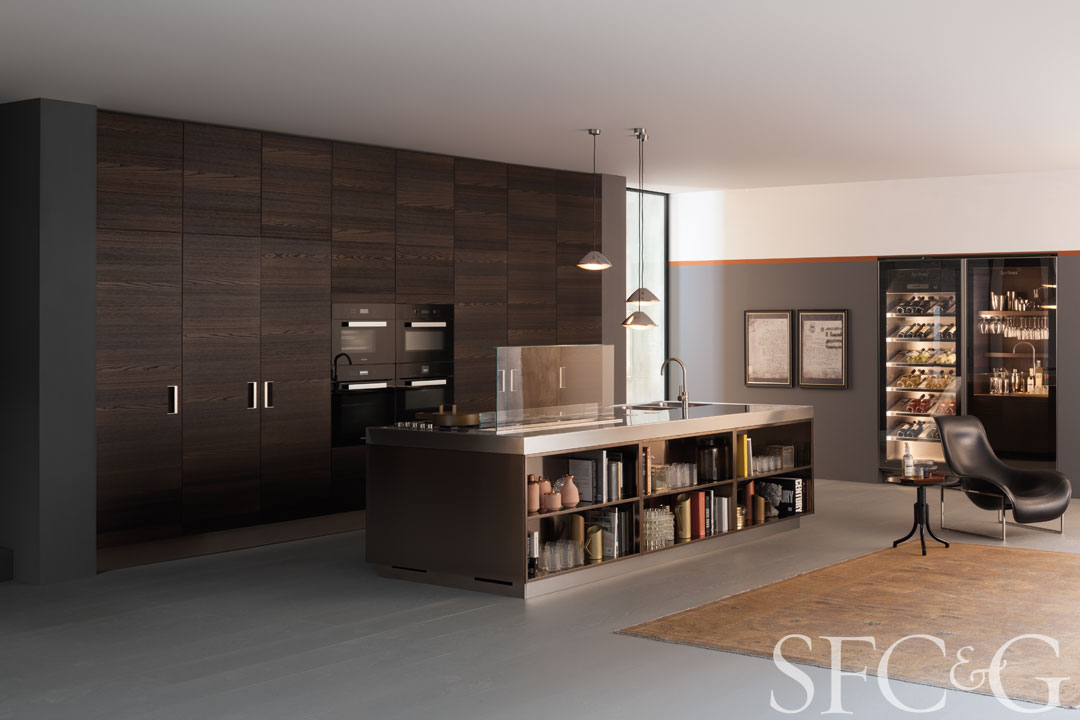 The kitchen at 2701 Broadway, the grand Pacific Heights estate that sold for $31 million last year, was clearly designed for large, lavish parties. At its center is an immense, marble-topped island with an unusual oval shape that beckons guests to gather round. More important than having posh appliances, today’s high-end kitchen “Absolutely has to look as if it has been designed for family and friends to hang out in,” says Neal Ward, who represented the listing and is a founding member of the new San Francisco office of Compass.

As the room that always sees guests gravitating to it, the most desirable kitchen is one that feels like a living space. Open floor plans with great rooms have put great pressure on kitchens to be elegantly streamlined while providing the latest in functionality. The newest kitchens in homes of all architectural styles, not simply modern ones, are European in sensibility, with frameless cabinetry and appliances that are concealed with cabinet fronts. Indeed, in the new Hide and On/Off lines from popular Italian brand Boffi, the kitchen workspace vanishes entirely behind folding doors for a truly minimalist space. Austin Forbord, managing director of San Francisco furniture showroom DZINE, recently specified the On/Off for all the studio units in one of the city’s new residential towers. 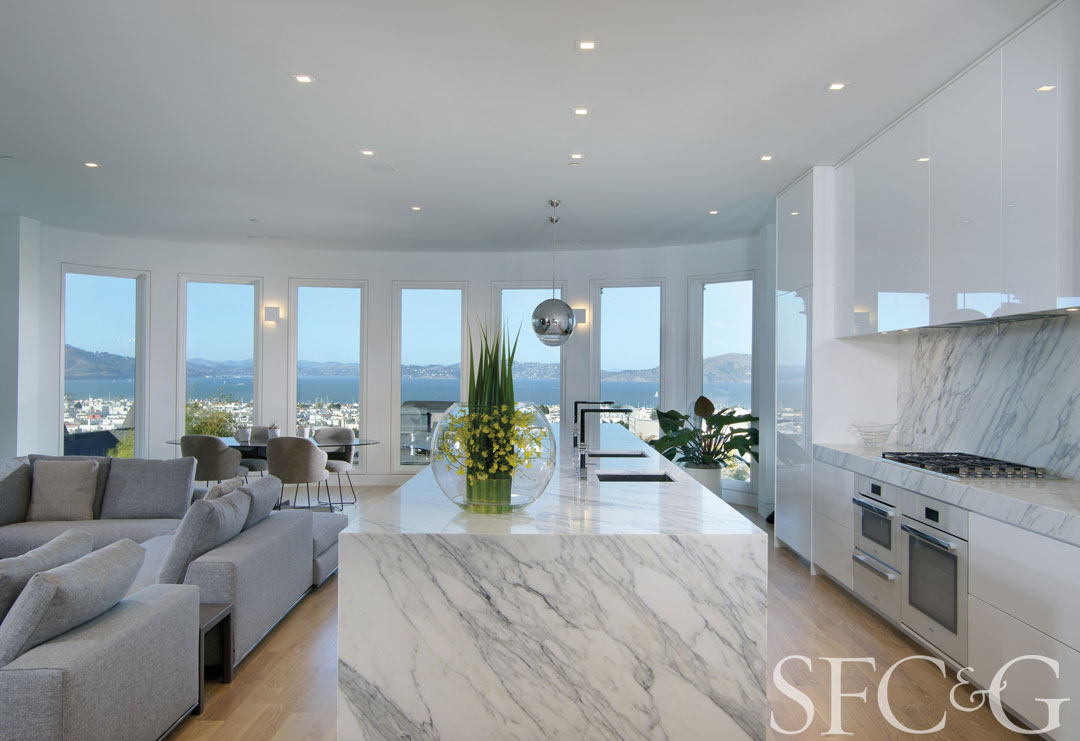 Even on the Peninsula, which skews traditional in its tastes, European-style kitchens are very popular, according to Michael Dreyfus, the founder of Dreyfus Sotheby’s in Menlo Park and Palo Alto. He cites the kitchen at 5 Phillips Road in Palo Alto, a freshly remodeled ranch house that recently sold for $4.3 million, as an example of what speaks to buyers today. In this transitional-style design, the white cabinet fronts are detailed with recessed panels, while the island is clad in natural wood. 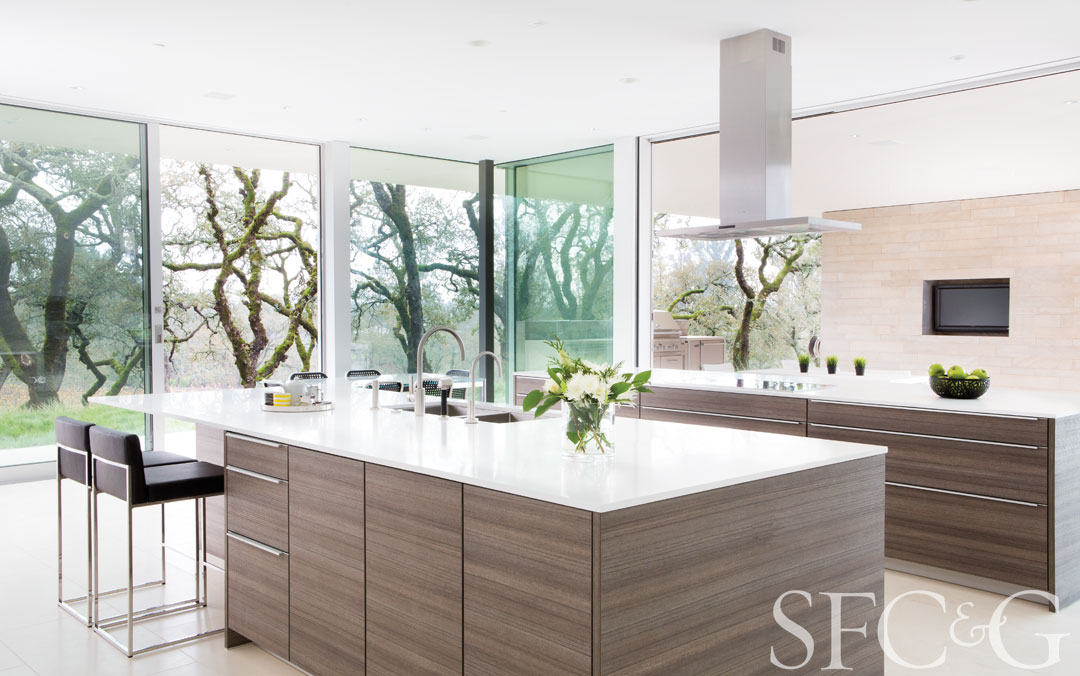 A Northern California twist on contemporary architecture is the use of warm woods, another design detail that sets some of our top-of-the line kitchens apart: Think sleek renditions of natural, raw and reclaimed wood. Boffi recently showed a kitchen clad in abonos oak, an ancient wood preserved in bogs. Another trend is colored stainless steel, which is plated using a technique called Physical Vapor Deposition (PVD) to resemble brass, rose gold and other warmer metals. Dimmable LED under-cabinet lighting also helps the kitchen to function as an entertaining space.

Meanwhile, what is out? Anything that clutters up the clean lines of the kitchen: Farmhouse sinks with their prominent aprons, pot-fillers (those extra faucets at the back of the stove) and even cabinet handles have gone away in the quest for a luxurious simplicity. For countertops, granite has definitely been sidelined by marble and engineered quartz, notable for its durability. “In the last 10 years, we’ve barreled through granite to concrete to limestone to quartz,” says Dreyfus. “Buyers want the design of ‘now’—they will change out a kitchen that is as little as four or five years old.”