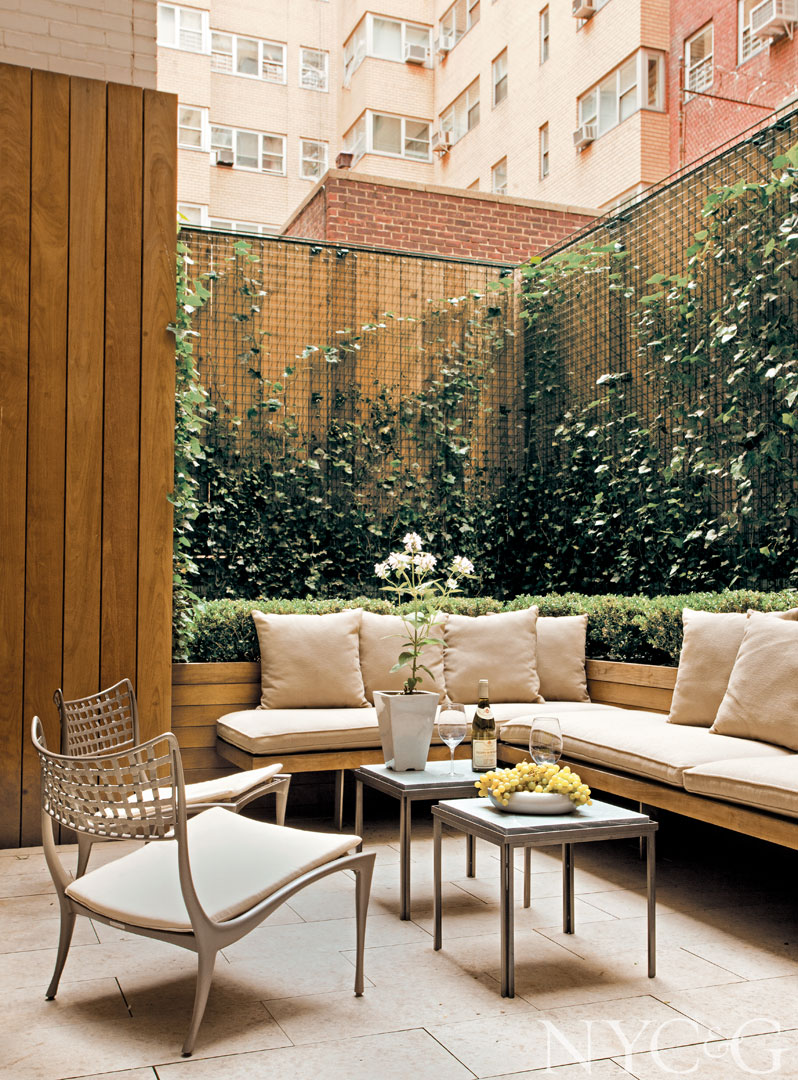 What do you get when you cross a townhouse with an apartment? A maisonette—which, loosely translated from the French, means a little house and, in New York City, a pretty large space, often a duplex or triplex that’s part of an apartment building, but with its own private entrance. “A maisonette is especially appealing since it can feel like an oasis in the middle of the city,” says Alexis Demirjian of Douglas Elliman, who has the listing for a $4.95 million maisonette at the Dillon at 425 West 53rd Street. Architect  Deborah Berke, who has designed maisonettes herself and lives in one on Gracie Square (featured in the September 2012 issue of NYC&G), heartily agrees. “I love the direct connection to the street, the privacy, and, most of all, my own backyard,” she says.

Maisonettes tend to be built with grander proportions than apartments and are ideal for those who ”want to explore townhouse living, but don’t want to take on the responsibility and maintenance,” says Jared Seligman of Douglas Elliman. “They’re a great alternative.” But they don’t come on the market often. Sister Parish’s former maisonette at 920 Fifth Avenue (also once home to Gloria Swanson) is currently listed for $6.8 million with Brown Harris Stevens’ Russell Miller and Mary Beth Flynn. And the One Sutton Place South maisonette once owned by the late socialite Marietta Tree—it clocks in at a whopping 4,700 square feet—is asking $9.995 million, co-listed with Leighton Chandler of Corcoran and Kirk Henckels and Jennifer Callahan of Stribling.

A version of this article appeared in the Holiday 2015 issue of New York Cottages & Gardens with the headline: Pass the Maisonette.