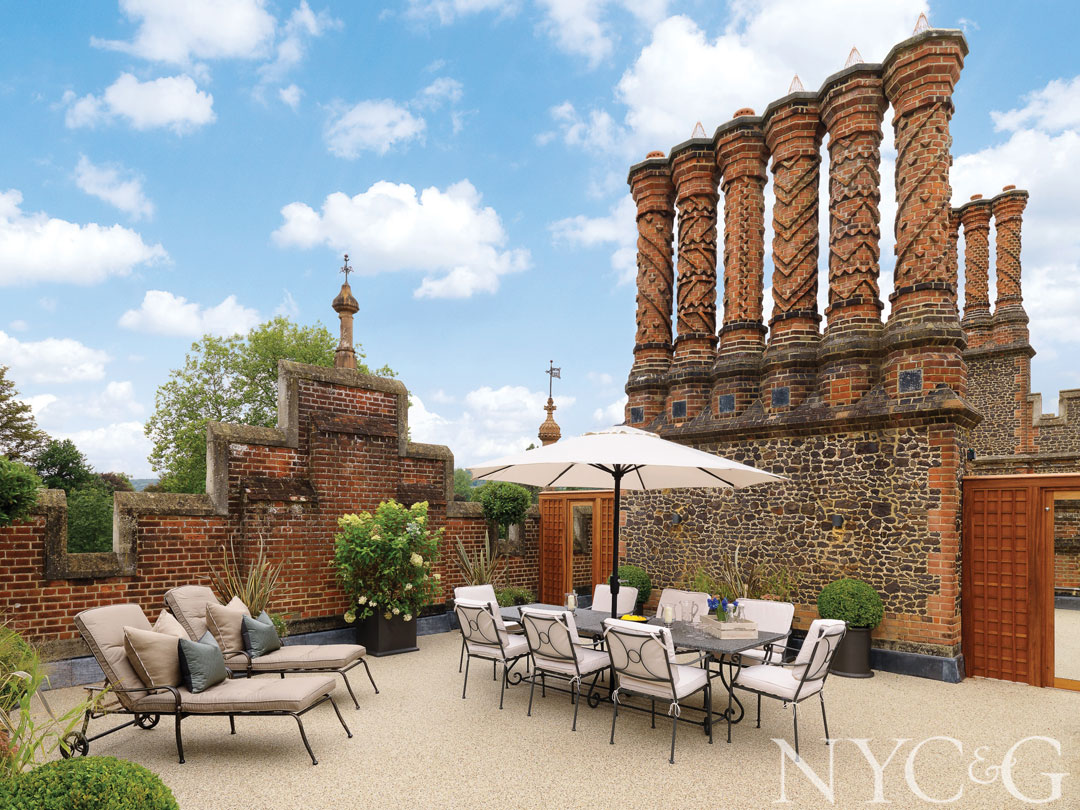 The popular British period drama Downton Abbey has held millions in thrall over its depictions of life in a sprawling country estate in Yorkshire. But nowadays, even if you could afford such a place, could you bear it? Think of the upkeep, the cleaning, and all those light bulbs! You’d need staff—and everyone knows that being downstairs at Downton is no cakewalk.

Fortunately, developers have lately been converting listed buildings into much more manageable apartments for modern times. At the Grade II–listed Albury Park in the Surrey Hills, the setting for everything from King George III’s coronation banquet to Four Weddings and a Funeral, apartments are selling from £500,000 ($765,000) through Sotheby’s International Realty. Within striking distance of London, the showcase apartment at the Grade II–listed Preston Hall in Kent, on the market for £550,000, has a hidden staircase where Henry VIII’s fifth wife, Catherine Howard, conducted her infamous affair with the King’s courtier. Among various imposing Victorian schools and assorted sanatoria undergoing conversion, the partially Grade I–listed Virginia Park in Surrey features a swimming pool in a former prisoners’ dining hall, while the King Edward VII Estate in West Sussex, once a hospital for victims of tuberculosis, is appealing to genteel downsizers from London, with apartments beginning at £220,000 through Strutt & Parker.

A version of this article appeared in the December/January 2016 issue of New York Cottages & Gardens with the headline: Making the Grade.