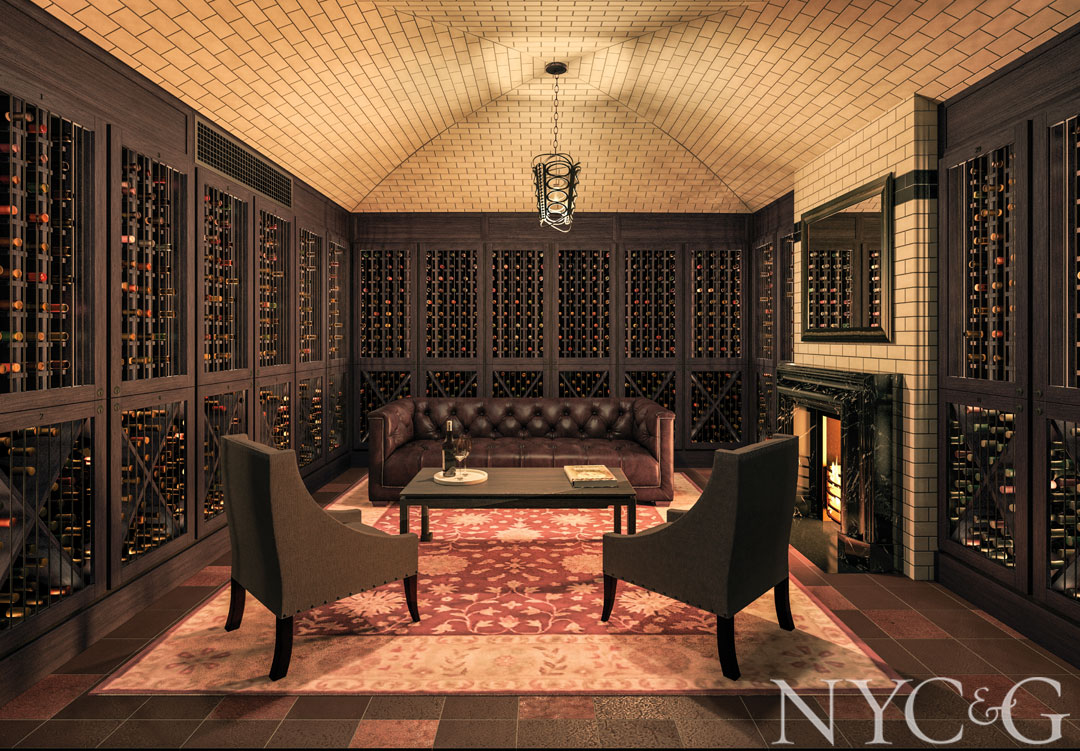 In Manhattan, the sky’s typically the limit—although developers are starting to dig deep when it comes to offering cool amenities. The soon-to-open 221 West 77th Street, for example, features a basketball court beneath its 26 units, which run from $4 million to $22.5 million. And the forthcoming Shephard, at 275 West 10th Street—a warehouse conversion with residences starting at $4.35 million—contains its own underground spa with his and her steam rooms, a climbing wall, and a screening room. What to do with residents who are serious oenophiles? At 1110 Park Avenue, owners of the nine full-floor dwellings, ranging from $8.9 million to $35 million, can toast their good fortune in the basement wine cellar, replete with a

tasting area and climate-controlled wine lockers. Sports enthusiasts who live at the Christian de Portzamparc–designed 400 Park Avenue South in NoMad will be able to feel the burn in a top-notch subterranean fitness center, which includes a spin studio, lap pool, and golf simulator. “The most obvious benefit to having amenities in the basement is space,” says Florence Clutch, a Toll Brothers sales manager who represents the building, where units are priced from $1.5 million to $12.9 million. “It’s easier for tenants to enjoy an early-morning workout without worrying about the noise impacting neighbors.”

A version of this article appeared in the April 2016 issue of NYC&G (New York Cottages & Gardens) with the headline: What Lies Beneath.