The Editors of NYC&G, 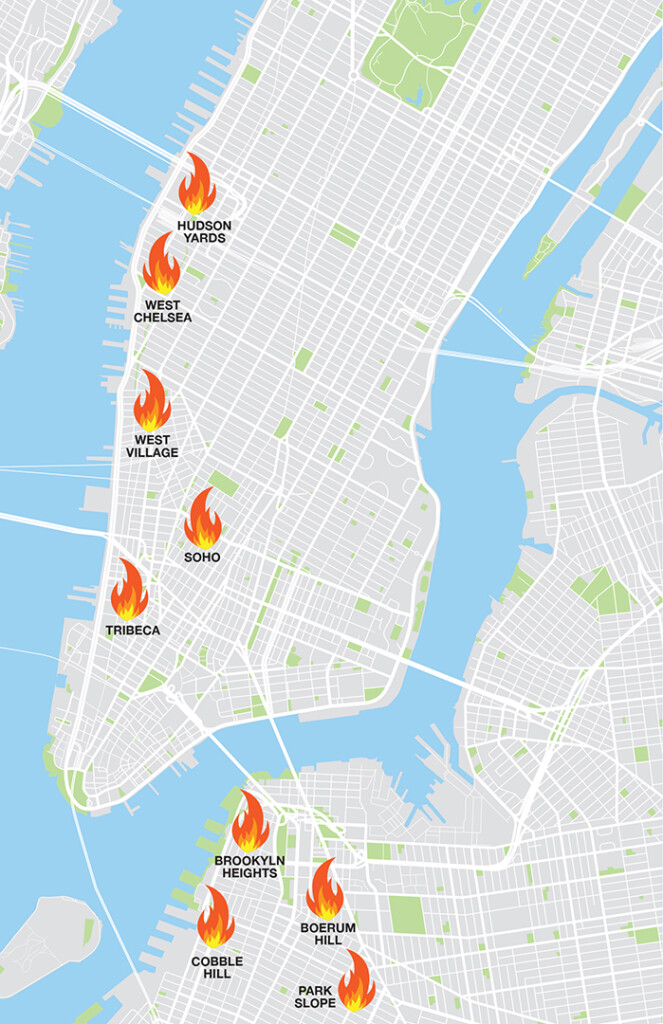 All across the country, markets are shifting as the pandemic real estate craze starts to subside. But, what does that mean for New York City this year and beyond? Find out what experts told editors of the New York Design Guide 2023 about which neighborhoods are currently hot and what they expect to see going forward.

“Tech and media companies like Google, Disney, and ABC are moving to SoHo, Tribeca, and the West Village, so the downtown area is going to explode.” – Philip Tabor, The Corcoran Group

“In Manhattan, there has been a shift from the Upper East Side to SoHo and Tribeca. More families are moving to those neighborhoods, and there’s a slight softening of the market now, so you can potentially get a good deal.” – Mike Fabbri, Nest Seekers

This Home Brims With Color and Character