NYC&G Goes Up to 6x and Hits Newsstands 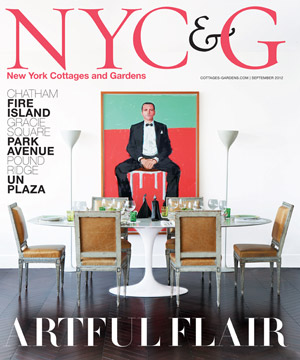 NYC&G has been in high-demand since its March 2012 launch, so we’re giving readers what they want—more NYC&G. Coming in September, NYC&G will be adding another issue to its lineup (bringing it to 6x a year), and the magazine will increase its distribution by 25% and will be on select newsstands in New York!

“With just two issues of NYC&G under our belt, I’m so excited about the positive feedback we’ve had from readers, designers and advertising partners. The magazine is a testament to the amount of talent and projects in the New York market—where the possibilities are endless.”— Kendell Cronstrom, Editor in Chief