Olde Towne Development Gets a Jump Start in Southampton 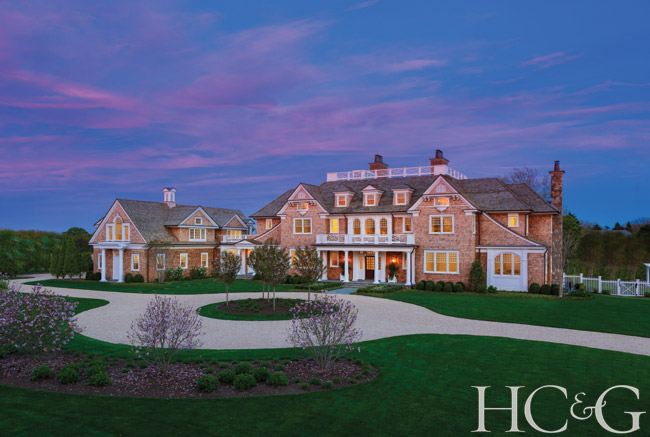 After more than a decade in the making, the 43-acre Olde Towne development in the estate section of Southampton Village is ready for its close-up. Originally an agrarian settlement founded in 1640 by New York’s first Puritan settlers, the property is the largest private landholding in the village. Configured around a glamorous private drive, eight parcels are being offered for sale through Kean Development Company, including the recently completed shingle-and-stone country house called Twin Peaks, which is listed for $45 million. 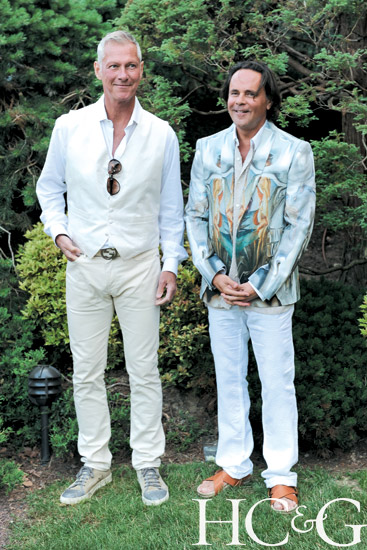 In September 2013, Kean took over the project from Bob Gianos, a developer who had initially planned to sell seven vacant lots for around $25 million each—a high price even for 2008, when they were first marketed—and then build custom homes on them. “Bob did a beautiful job with the infrastructure,” says John Kean, the company’s president and CEO. “He built roads, installed two-and-a-half miles of privet, and planted 440 specimen trees. It just took longer than expected for approvals and was put on the market at the worst possible time.

When we took on Olde Towne, we sought to build substantial homes and hire top designers to decorate them. We also handle everything—from landscaping the property to maintaining it. We hit the market last week, and so far the response has been fabulous—we’ve already turned down an offer!”

Situated on nearly four acres at 64 Wickapogue Road, the 16,000-square-foot Twin Peaks boasts interiors designed by Tony Ingrao and Randy Kemper of Ingrao, Inc. “Our approach for Olde Towne was to respect the elegance of traditional Southampton, yet still make a design that’s relevant,” says Kemper. “What we created is simple and straightforward, with modern twists that strike the right mood for today’s Hamptons lifestyle.” Notable details include 11 en suite bedrooms, a two-lane bowling alley, a gym and spa, a movie theater, a wine cellar, and a bar. There is also an attached cottage, pool, pool house, sunken tennis court, and three-hole putting green on the roof affording expansive ocean views.

A version of this article appeared in the September 2015 issue of Hamptons Cottages & Gardens with the headline: Deeds & Don'ts: He Shoots, He Scores.