Especially intriguing are the homes built by architects for themselves: Here we see Marcel Breuer’s true genius, uncompromised by pesky client concerns. Designed in 1951 by the man best known for his tubular, steel-and-leather Wassily chair, this low-slung, stone-and-glass dwelling in New Canaan is U-shaped with separate wings for adult and children bedrooms. A 1970s renovation added yet another wing that was later redesigned by another master, architect Toshiko Mori, for owners who also carefully restored the home’s 4,777-square-foot interiors. And they’re now pure Breuer with immaculate glass-walled, stone-floored living spaces with views onto specimen trees, expansive stone patios and the landscaped, 3.11-acre grounds. Sherri C. Kielland of Houlihan Lawrence lists the home for $5.85 million. 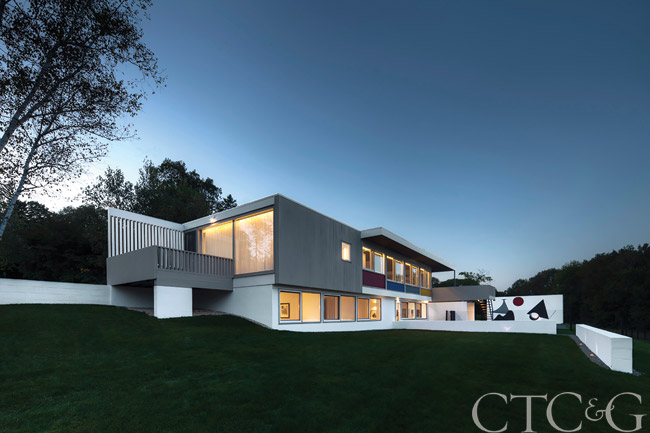 In related news, the circa-1950 Stillman House in Litchfield, also designed by Breuer, is back on the market. When members of the Stillman family sold the home in 2009, it was in less-than-pristine condition. A painstaking, four-year restoration followed, including a re-creation of an outdoor mural painted by Breuer buddy (and frequent houseguest) Alexander Calder. The 2,359-square-foot dwelling, listed for $2,495,000, features a sexy floating staircase, a sunken living room with a fireplace that resembles a giant sugar cube, and walls of windows onto the swimming pool, guest house and 2.78-acre grounds. Graham Klemm of Klemm Real Estate has the listing.

A version of this article appeared in the October 2015 issue of Connecticut Cottages & Gardens with the headline: Deeds & Don'ts : Open Season.